Beijing Olympics may be boycotted over abuse of Uyghur Muslims 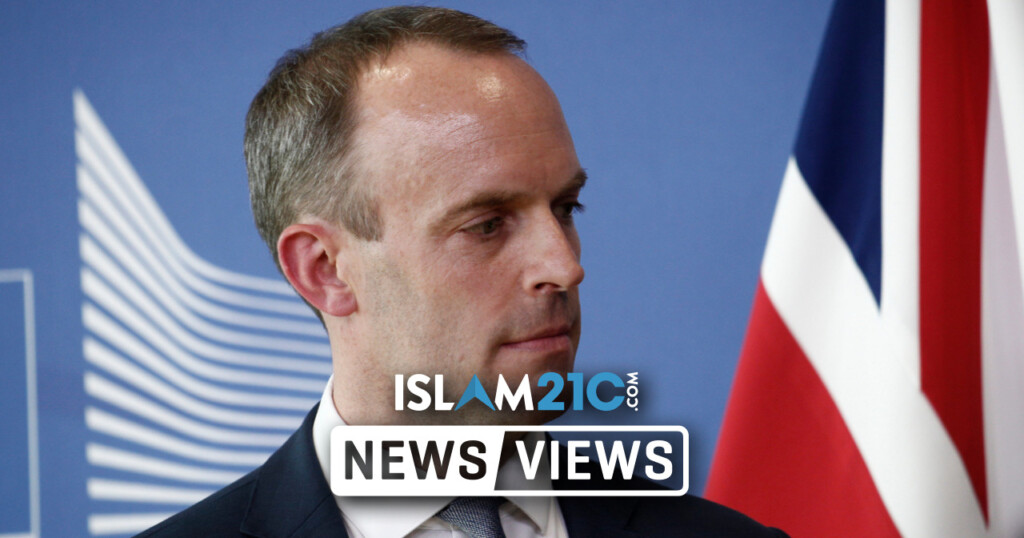 UK Foreign Secretary Dominic Raab has said that a boycott of the 2022 Winter Olympics in Beijing is not off the table due to the continued human rights violations against Uyghur Muslims by the Chinese government.

On Tuesday, Raab said it was “clear that there is evidence of serious and egregious human rights violations” against the Uyghur Muslims.[1]

Raab, who also holds the title of First Secretary, said: “I think the concerns of what’s happening to the Uyghurs, the detention, the mistreatment, the forced sterilization is something that we cannot just turn away from.”[2]

“Generally speaking, my instinct is to separate sport from diplomacy and politics, but there comes a point when it is not possible,” Raab added.[3]

The comments came as 39 countries condemned China over its human rights violations in the Xinjiang region.[4]

In a statement led by Germany, dozens of countries – including the United States, Japan, Canada, Haiti, Honduras, Australia, New Zealand, and the UK – have urged China to respect the human rights of the mistreated Uyghur minority. Most of the EU member states have also signed the declaration.

German UN ambassador Christoph Heusgen, who led the initiative, said: “We are gravely concerned about the human rights situation in Xinjiang and the recent developments in Hong Kong.”

Heusgen also urged the Chinese government to grant UN observers “immediate, meaningful and unfettered access” to Xinjiang, where at least a million Uyghurs are being held in detention camps that China has called ‘vocational skills training centres’.

The statement also called on the Chinese government to respect the rights and freedoms of Hong Kong residents amid the tensions and mounting accusations of political repression following the controversial national security law introduced in July earlier this year.

The statement was swiftly met with an angry response from Beijing, with China’s representative to the UN, Zhang Jun, denying the allegations as “groundless” in spite of overwhelming evidence.[5]

Jun added that the declaration was an attempt at “provoking confrontation” among UN member states.

A rival statement signed by 45 countries and led by Cuba defended China and condemned the criticism of policies against the Uyghurs as “interference in China’s internal affairs”.

Pakistan led another statement on Hong Kong in support of China.

Charbonneau added that governments should “build on the growing outrage” and urge the UN to establish an international mechanism for monitoring China’s human rights abuses.

China’s subjugation of the Uyghurs has been ongoing for several years and has only grown in severity.[7] The Chinese government has faced growing accusations over its treatment of the Uyghur Muslims,[8] with evidence of the abuses against the Uyghur Muslims detained in ‘re-education camps’ continually emerging. It is believed that the government has detained roughly one million Muslims in these concentration camps.

Horrendous crimes and abuses, from forced sterilization of women to the harvesting of organs without consent, have been reported.

To date, no meaningful international action has taken place to hinder China’s policies.