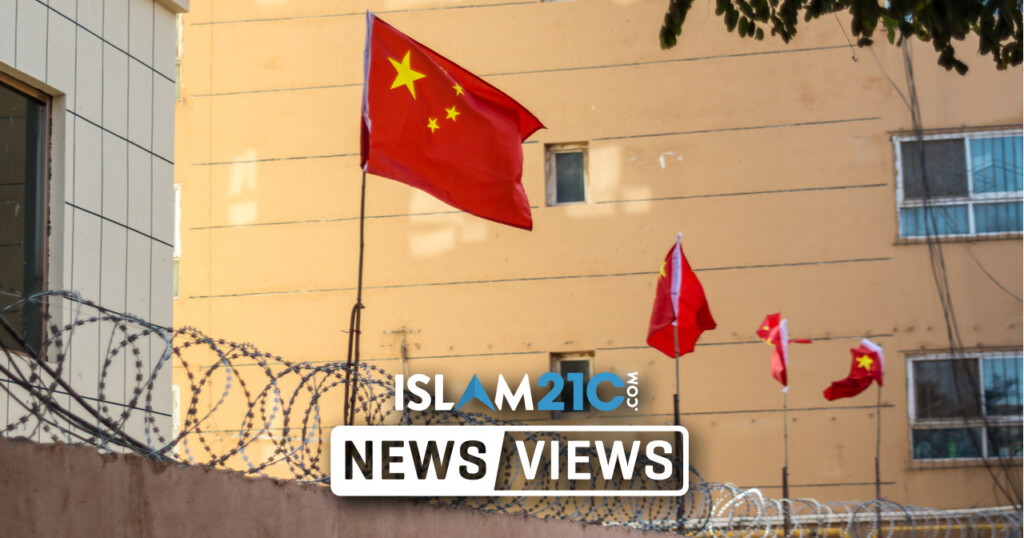 China has released a white paper defending its operation of concentration camps (which it has labelled “vocational training centres”) in East Turkestan, where it is reported that millions of Uyghur Muslims have faced forced detention. Rather than provide a China-friendly narrative to whitewash the scale of the issue, the paper revealed some concerning statistics.

Commenting on the programme, the paper states:

“Through its proactive labour and employment policies, Xinjiang has continuously improved the people’s material and cultural lives, and guaranteed and developed their human rights in every field.”[1]

Yet it details that an alarming average of 1.29 million people per year went through the “vocational training” between 2014 and 2019. Of these, the paper reports that 450,000 were from East Turkestan itself, which is described as poor and poverty-struck due to residents being influenced by “extremist thoughts”,[2] i.e. being Muslim.

It does not make clear if some people went through the camps multiple times or only once. The camps have been widely reported to subject detainees to political and religious indoctrination, splitting up families, sterilising women, and eventually forcing many into “slave labour”.[3] Many have said that this process amounts to cultural genocide.[4]

The paper was released on the back of the US Congress discussing a new bill, The Uyghur Forced Labour Prevention Act. It also comes at a time of heightened global attention after fashion giant H&M announced they would no longer be working with a supplier in the region unless they could provide clarity within the next 12 months.[5]

The paper states that the average annual “relocation of surplus rural labour” was more than 2.76 million, the majority of whom were Uyghurs. The paper claims that from 2018-2019, 155,000 people from poor East Turkestan households “found employment outside their home towns and subsequently emerged from poverty”.

China expert Adrian Zenz responded to the white paper by saying that the 1.29 million figure “gives us possible scope of coercive labour through the centralized, militarized training of rural surplus laborers”.[6]

Commenting on China’s decision to release the white paper, Peter Irwin of the Uyghur Human Rights Project explained that the Chinese government does this “when they feel threatened by increased reporting on issues they deem sensitive”.

Another commentator, Shih Chien-Yu, noted that it was the first time that China has provided a figure for the number of people going through the camps, and that the release of the figures was most likely in response to the bill that is being discussed in the US Congress. Chien-Yu added:

“I think the tone of this white paper is really weak. It’s basically trying to explain to the US that ‘I didn’t do anything, there’s been some misunderstanding’. But it doesn’t address the important points – there have been anti-Muslim issues. The over 1 million people estimated to have been sent for political re-education cannot be explained away by ‘labour’ and ‘employment’.”[7]

Zumretay Arkin of the World Uyghur Congress described the white paper as “just another attempt by the CCP [Chinese Communist party] to lie and shirk responsibility for its atrocities, just as they lied about the existence of the internment camps for over a year.”

“The white paper reference poverty and joblessness in the region, but this exists to a large extent due to discrimination from the CCP in its hiring. Han Chinese settlers are awarded all high-profile jobs in big companies, while Uighurs are being forced to work in menial jobs for little or no pay.”

“It’s interesting to note that this white paper is translated into at least five languages … which implies that it’s not only for internal propaganda purposes, but a state response to use internationally on the Uighur forced labour issue.”[8]