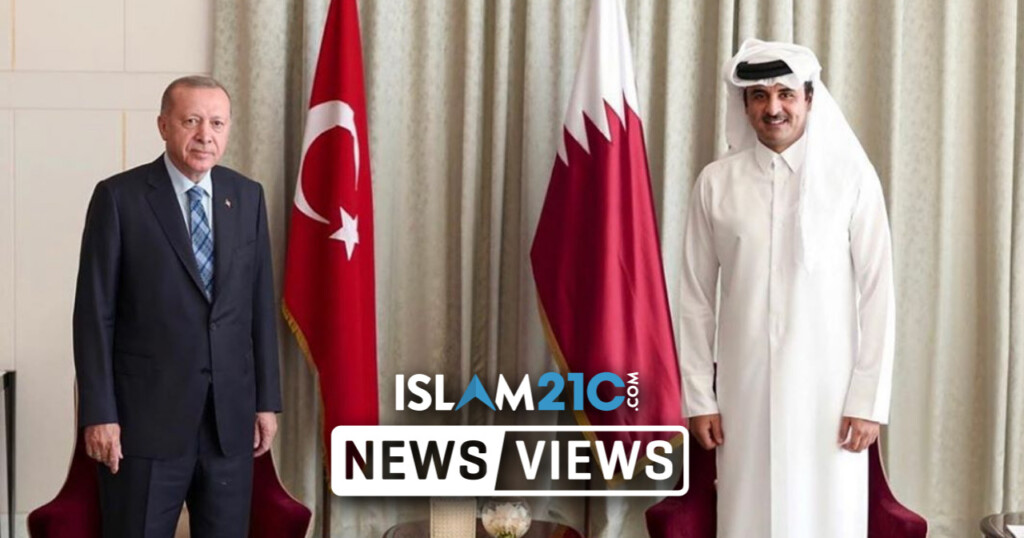 Whilst world leaders have only just pledged a quarter of a billion euros in aid for Lebanon following the devastating explosion in Beirut. Turkey and Qatar immediately rushed to support and aid the Lebanese people. [1] [2]

According to Turkish Foreign Minister Mevlut Cavusoglu, Turkey has donated 400 tons of food, 368,000 medical supplies and 28,000 drugs. In addition, Turkey is planning to create a field hospital in Beirut, according to Foreign Ministry spokesperson Hami Aksoy.

“Upon orders by the President, search and rescue teams and emergency health personnel are being dispatched to the area via the initiatives of the Ministry of Health, the Disaster and Emergency Management Authority (AFAD) and the Turkish Red Crescent. We also plan to set up a field hospital,”

Almost everyone has seen the devastating footage of the massive explosion that left the Lebanese capital ‘like a war zone’. The explosion sent shockwaves across the city and the world, leaving at least 158 people dead and thousands injured. Its blast was felt as far away as Cyprus, over 150 miles away, with some mistaking it for an earthquake.

Damage from the explosion reached as far as the outskirts of the capital, with one source claiming, “there isn’t a window that hasn’t been blown out in this area.”[3] An estimated 300,000 people are believed to have lost their homes, according to Marwan Abboud, the Governor of Beirut. Authorities have been working on providing food, water, and shelter for those who have been left homeless. Abboud estimates the cost of damages to range from $3-5bn, adding to the economic pressure on the capital.

The deadly blast came amidst an unprecedented economic crisis that has seen the Lebanese pound lose 80 percent of its value, with many citizens taking to the streets in protests after rising unemployment rates.

The United Nations has announced that more than $100m is required for both emergency humanitarian aid and the rebuilding of infrastructure. During an online donor summit where world leaders pledged support, Qatar alone pledged $50m. [4]

As part of the ‘Lebanon in Our Hearts’ campaign, launched by the Regulatory Authority for Charitable Activities (Raca) in partnership with Qatar Red Crescent Society (QRCS) and Qatar Charity (QC), the Qatari Amir H H Sheikh Tamim bin Hamad Al Thani himself donated QR50m towards the campaign.

The campaign which raised over QR65.2m during a two-hour live transmission on Qatar TV on Friday, was extended by a further 15 minutes in order to give more people the opportunity to donate towards the cause.  [5]

The campaign has raised over QR94m with a total of QR65,244,865 raised on just the first day. The donations were made by individuals, banks and companies operating within Qatar.

Amongst the major donors are the Commercial Bank of Qatar (CBQ), Qatar Islamic Bank (QIB), Barwa Bank and Ahli Bank.

“This is really very honourable stand of H H the Amir and this is not the first time as Qatar is known for supporting people of different countries in their tough times,”

Qatar and Turkey have yet again set an example to the entire world of what it means to support those in need. Generosity and philanthropy are one of the most important manifestations of an Islamic country. Many people do not relate the application of the Shariah to also include humanitarianism.

The Prophet (sall Allāhu ʿalayhi wa sallam) said, “O people, promote the greetings, feed [the poor and needy] and perform Salat when others are asleep so that you will enter Jannah safely.” [6]

This was the founding statement of the Prophetic Islamic state, demonstrating the great emphasis and direct command the Prophet of Allāh made to the Muslims with regards to humanitarianism and charity. It is something that should be applied by any Islamic country wishing to adhere to Islamic principles and the values taught and encouraged by the Prophet.

The Turkish and Qatari government and their respected people have clearly shown its concern for humanity across the world in accordance to the humanitarian acts that Islam has emphasised. As a result, both Turkey and Qatar have become an example for other countries that may have the ability to have a similar, if not greater impact.

The entire Muslim world should learn from their actions and ultimately those prescribed and commanded by Allāh (subḥānahu wa taʿālā) and His messenger. Muslims should act and live as though we are one body, and if one of us is in need then the whole Muslim community should strive to get them back on their feet. In doing so, we would be acting in line with the following Hadith, which demonstrates a practical example of the Prophet’s description of the Muslim community:

“The believers in their mutual kindness, compassion and sympathy are just like one body. When one of the limbs suffers, the whole body responds to it with wakefulness and fever”. [7]