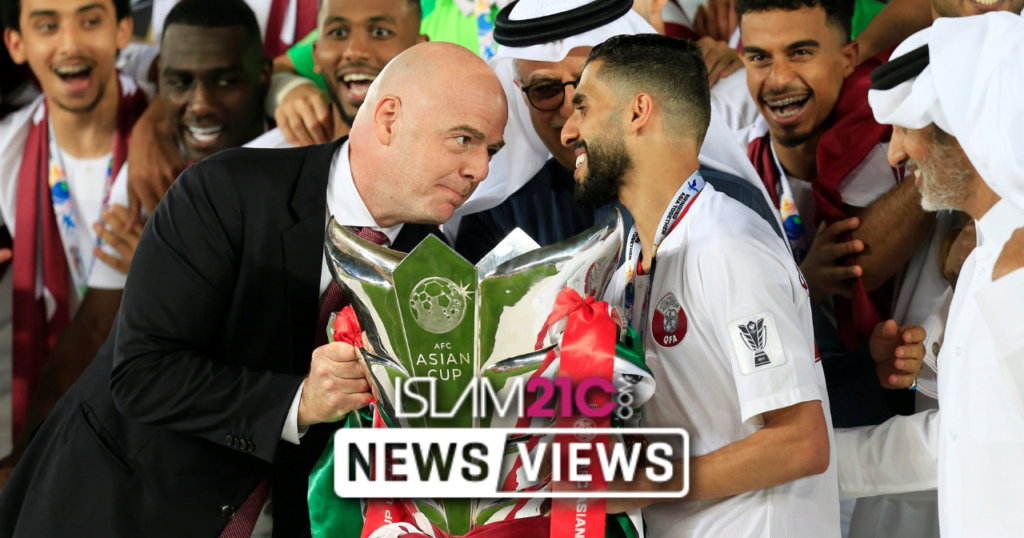 Qatar have been crowned champions of Asia after winning their first ever Asian Cup football tournament in the United Arab Emirates (UAE).

“Congratulations to our team and to Qatar and its people this historic victory in the Asian Cup 2019” al-Thani said in a statement on Twitter, applauding the national team “who made this tournament an Arab achievement and presented an exciting spherical epic and achieved the dreams of millions of Qatari football fans across the great Arab world”.

Qatar’s path to victory was littered with obstacles; their journey to the UAE, which would’ve taken less than an hour, took more than 5 hours as the national had to fly to Kuwait to bypass the air blockade imposed upon them by their former Gulf allies.

Although al-Thani labelled the triumph as an Arab victory, Qatar’s epic feat represented a victory for the Muslim world as a whole, regardless of ethnicity and race.

Upon hearing of Qatar’s historic win, Muslims took to the streets to celebrate the victory, with celebrations in Palestine, Sudan, Kuwait and elsewhere lasting long into the night and bringing joy to all in a time where there is little joy to be found.

There were massive celebrations in Gaza where Qatar has a huge fan base due to its considerable support for the region.

Qatar supporters struggled to take Qatari flags into the stadium and there were reports of some smuggling them in their undergarments. Many discounted the Qatari win due to their compounded jealousy of a nation that has gone from one success to another and has emerged almost indifferent about the Gulf bloc’s boycott.

Many Muslims interpreted the win as exemplifying the power of cause and unity over that of hatred and enmity. It was seen as a lesson for all minority communities that the spirit of teamwork and cooperation cannot but overcome the most converted efforts at harm and attack.

In addition, many tried to discredit the Qatari win by saying that their players were naturalised. Although Qatar is the first Gulf state to begin naturalising non-Qatari citizens the majority of its football team are nonetheless born in the country.

“Coming into this tournament they were ranked outside of the top 10 in Asia, down at 93 in the world rankings – not much expected of them. But if you looked a little bit deeper there were signs this was a team on the rise” said Andy Richardson, a journalist at Al Jazeera.

Qatar will host the 2022 FIFA World Cup and will be the first Muslim and Arab nation to do so.