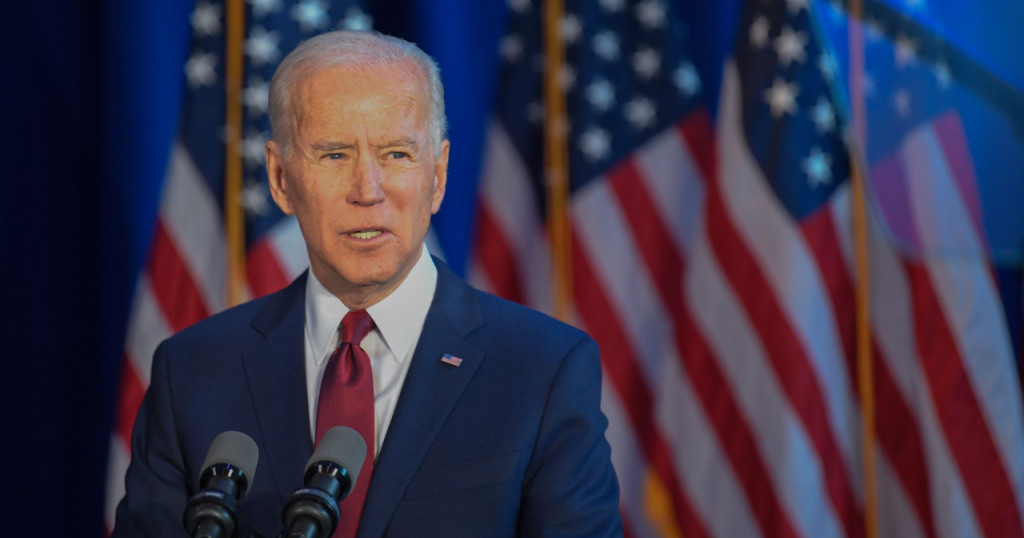 In welcome news, H.R.6210 – which is better known as the Uyghur Forced Labor Prevention Act – has finally been passed by Congress. The bill had gone through a tumultuous period of disputes between Democrats and Republicans in both the House of Representatives as well as the Senate. The bill is now set to arrive at US President Joe Biden’s desk, where he has already confirmed it will receive his approval. The Uyghur Forced Labor Prevention Act is the latest mechanism in a string of pro-Uyghur measures taken against the oppressive and genocidal Chinese government. It comes closely after the independent Uyghur Tribunal in London judged that Chinese leader Xi Jinping has been instrumental in the pursuance of torturous and genocidal acts against the predominantly Muslim Uyghur community in Xinjiang province. [1] [2]

In her remarks, Psaki further stated:

“We agree with Congress that action can and must be taken to hold the People’s Republic of China accountable for genocide and human rights abuses and to address forced labor in Xinjiang. That is why the Administration has already taken concrete measures including imposing visa restrictions, Global Magnitsky Act and other financial sanctions, export controls, import restrictions, and the release of a business advisory. The President also rallied the G7 to commit to ensure all global supply chains are free from the use of forced labor—including from Xinjiang. The Administration will work closely with Congress to implement this bill to ensure global supply chains are free of forced labor, while simultaneously working to on-shore and third-shore key supply chains, including semiconductors and clean energy.” [3]

The powerful piece of legislation is set to lay down an unparalleled set of restrictions, which include the prohibition of various exports from the region of Xinjiang, as well as imposing sanctions upon those responsible for human rights violations in the area. Businesses will be legally required to guarantee that their goods have not been made with the use of imprisoned workers or forced labour. During the bill’s passage through Congress, prominent international companies such as Coca Cola, Nike, and Apple vehemently lobbied against it. While specific breakdowns of lobbying expenses are not publicly available, the sports clothing and footwear brand Nike spent a total of 920,000 dollars on congressional lobbying during the first three quarters of 2020. Moreover, tech behemoth Apple splashed 90,000 dollars in lobbying fees to Fierce Government Relations – a firm run by former aides to George W. Bush and Mitch McConnell – partly to lobby on Xinjiang-related legislation, such as the Uyghur Forced Labor Prevention Act. [4]

Initially, the bill made passage through the House in September of last year, after receiving almost universal support in a vote that culminated in a 406-3 result. Prior to the latest Senate vote, Senator Marco Rubio (R-FL) told fellow members: “It is a horrifying human rights situation, fully sanctioned, as we now know, by the Communist Party of China.” [1] With the Senate’s approval of the bill on Thursday, the US continues its efforts to combat what is widely viewed as China’s inhumane treatment of the Uyghurs and other Turkic Muslim minorities in East Turkestan (which is referred to as Xinjiang by the Chinese media and government).

During the period in which the planned legislation made its way through both chambers of Congress, the summary read as follows:

“The President shall periodically report to Congress a list of foreign entities and individuals knowingly facilitating (1) the forced labor of Uyghurs, Kazakhs, Kyrgyz, and members of other Muslim minority groups in Xinjiang; and (2) efforts to contravene U.S. laws regarding the importation of forced labor goods from Xinjiang. The President shall impose property-blocking sanctions on the listed individuals and entities and impose visa-blocking sanctions on the listed individuals.” [5]

In addition, it is stated that:

“The Department of Homeland Security shall report to Congress a strategy for preventing the importation of goods produced in China using forced labor. The strategy must contain certain information, including a list of entities working with the government in Xinjiang to move forced labor or Uyghurs, Kazakhs, Kyrgyz, or members of other persecuted groups out of Xinjiang.” [6]

Furthermore, the US Customs and Border Protection (CBP) will be empowered to:

“…generally presume that goods produced by these entities and certain other entities, generally those sourcing material from Xinjiang or involved with Chinese government forced labor programs, are barred from importation into the United States.” [6]

The groundbreaking Uyghur Tribunal, which was held in London during a number of months of evidence gathering sessions, recently released its judgment on 9 December. Sir Geoffrey Nice QC, the chair of the tribunal, delivered the findings to an audience at Church House Westminster’s Grade II-listed Assembly Hall. The veteran barrister painted a damning picture of the Uyghur genocide that goes right to the highest rung of Chinese politics. [7]

“The Tribunal is satisfied that President Xi Jinping, Chen Quanguo and other very senior officials in the PRC and CCP bear primary responsibility for acts that have occurred in Xinjiang. The Tribunal recognises that the perpetration of individual criminal acts that may have occurred, whether rape or torture, will not have been carried out with the detailed knowledge of President Xi and others but the Tribunal is satisfied that they have occurred as a direct result of policies, language and speeches promoted by President Xi and others and furthermore these policies could not have happened in a country with such rigid hierarchies as the PRC without implicit and explicit authority from the very top.” [8]