Updates
Home / News / Boris Johnson will be the next Prime Minister 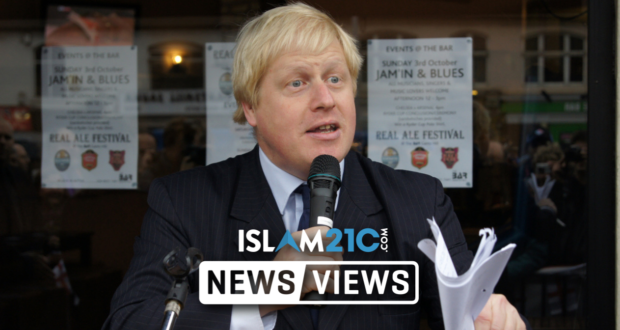 Boris Johnson will be the next Prime Minister

Boris Johnson beats the competition to become the newly elected leader of the Conservative party and the country’s next prime minister. [1]

Despite only garnering votes from approximately 0.13% of the population, the ex-London Mayor’s entry into 10 Downing Street comes from a landslide victory, defeating his rival, Jeremy Hunt, with 92,153 votes against Hunt’s 46,656.

The controversial former foreign secretary had faced down a number of rivals in the seven-week contest, including Home Secretary Sajid Javid, Environment Secretary Michael Gove, former Secretary of State for Work and Pensions Esther Mcvey, and former Leader of the House of Commons Andrea Leadsome before beating chosen to take governance of the country after beating Hunt in the final.

He said in his victory speech:

“I know there will be people around the place who will question the wisdom of your decision and there maybe even some people here who will wonder what they have done and I would like to point out to you that nobody, no one party no one person has a monopoly of wisdom” [2]

His predecessor, Theresa May, vowed to give her support for the new prime minister:

Many congratulations to @BorisJohnson on being elected leader of @Conservatives – we now need to work together to deliver a Brexit that works for the whole UK and to keep Jeremy Corbyn out of government. You will have my full support from the back benches.

Johnson rejected claims that his party and the nation are going through a national crisis and promised to unite and rebuild the nation following his victory and to ensure his campaign promises are carried out.

“And we know the mantra of the campaign that has gone by, it is ‘deliver Brexit, unite the country and defeat Jeremy Corbyn” [2] Johnson said, adding that “I know that some wag has already pointed out that ‘Deliver Unite and Defeat’ wasn’t the perfect acronym for an election campaign as it spells ‘DUD’ but they forgot the final E which is ‘Energise’ and I say to all the doubters ‘DUDE’! we are going to energise the country” [2].

However, not all feel the same way, with cabinet ministers- Philip Hammond, David Gauke and Rory Stewart having said they will resign rather than serve under him. [3]

Jeremy Corbyn, leader of the Labour party, was quick to react to Johnson anointment as prime minster, pointing out that the new prime minister had won the support of less than 100,000 unrepresentative Tory members due to his promise of tax cuts for rich businesses and for forcing a no-deal Brexit agenda.

Boris Johnson has won the support of fewer than 100,000 unrepresentative Conservative Party members by promising tax cuts for the richest, presenting himself as the bankers' friend, and pushing for a damaging No Deal Brexit.

But he hasn't won the support of our country.

Corbyn warned that Johnson’s no-deal Brexit would mean job cuts, inflation and the privatisation of the National Health Service (NHS) urged that a general election be held to give power back to the people who should have the final say on who leads them.

But Johnson’s first order of business is to fix the perilous political crisis Theresa May has left behind with regards to the outcome of Brexit.

The new prime minister will face an uphill struggle in finding a solution to the national crisis wrought by Brexit. With an incredibly thin majority in parliament, the new Tory leader will find it incredibly difficult to pass legislation, let alone a new Brexit deal that will appeal to all opposition parties including Labour.