Are you ready for our first ever NATIONAL CAMPAIGN?
Home / News / Brexit: Military to be deployed in the event of a no-deal Brexit 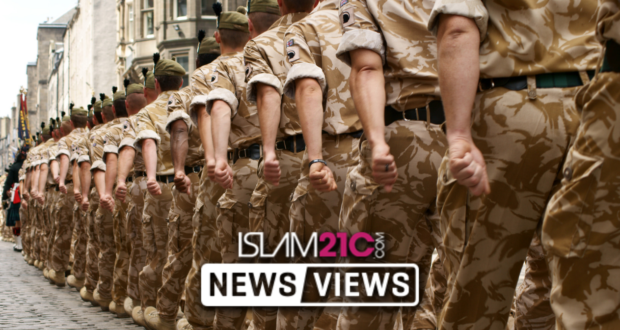 Brexit: Military to be deployed in the event of a no-deal Brexit

Government ministers have ‘ramped up’ preparations for a ‘no-deal’ Brexit after increasing uncertainty over the fate of prime minister May’s deal.

These preparations include deploying 3,500 military personnel, reservation of boats and ferries for supplies, TV and social media adverts and a £2bn fund to supplement government departments in the likelihood of a crisis scenario.

A spokesman for the government said to the Guardian:

“Cabinet agreed that with just over three months from our exit from the EU, we have now reached the point where we need to ramp up these preparations. This means we will now set in motion the remaining elements of our no-deal plans. Cabinet also agreed to recommend businesses ensure they are similarly prepared enacting their own no-deal plans.”

The British public will also be informed on how to prepare for a no-deal through a range of platforms and channels that will include TV adverts and social media posts.

For British business, HMRC will produce a 100-page guidebook on how to prepare for such a scenario and will send out 80,000 emails to businesses on what steps to take to minimise damages beset by crashing out of the EU.

In the event that the UK crashes out of the EU without having agreed a deal, analysts have warned that the country would face a recession worse than that in 2008 with long queues forming at the port of Dover and millions of British citizens facing uncertainty in Europe.

After an intensely chaotic week in Westminster which saw the prime minister postpone the meaningful vote at the last moment and rebellious Tory MPs launch a vote of no confidence in her leadership, which she was able to defeat, May had gone back to the EU hoping to renegotiate her deal.

Her pleas for help were rejected by EU leaders who said that they were unwilling to renegotiate the deal and that the deal in the current form was the only viable option.

The meaningful vote on the prime minister’s deal will now take place on January 14th 2019 after May had postponed the vote last week after having admitted that it was going to be defeated.

May’s vote is still expected to be defeated next month, however, it is unclear what changes will be made and what will happen if and when the vote is defeated in parliament.