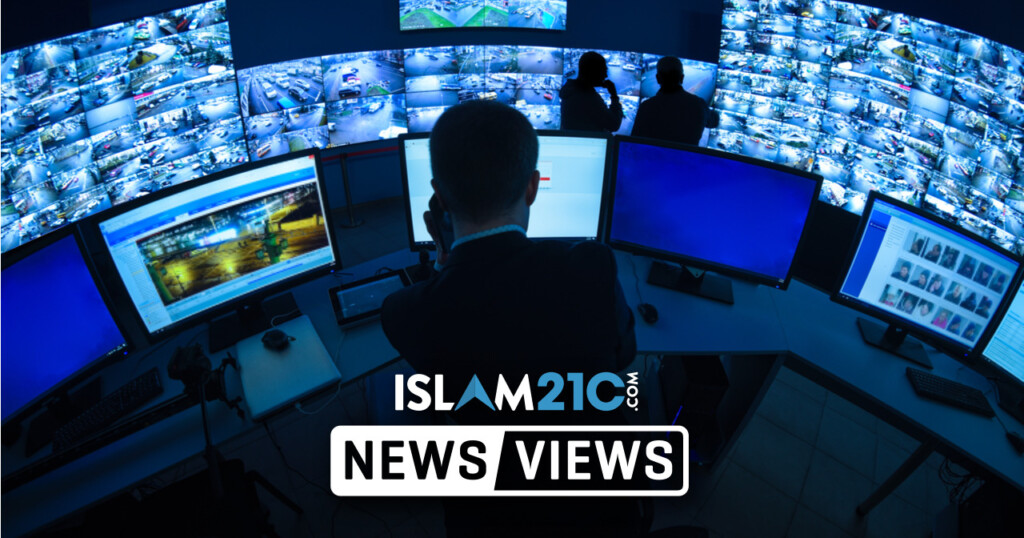 In what has been a startling piece of news that seemingly fell through the cracks of the mainstream media, the British government in June 2016 initiated a project codenamed Project Hunter that (in part) aimed to export the toxic and failing Prevent programme across the world. Specifically, the project aimed to introduce the programme into China, allegedly so that Chinese Community Party (CCP) leaders could experiment and implement it on the Uyghur people of East Turkestan (referred to as Xinjiang province by China). [1]

Thanks to the work of @privacyint, I just learned that the UK government has been promoting Prevent (the UK's CVE program) in Xinjiang, China, to demonstrate its effectiveness on the Muslim Uyghur population /1https://t.co/I1WWcdTDzJ

Entitled Countering the root causes of violent extremism undermining growth and stability in China’s Xinjiang Region by sharing UK best practice, a two-day “Track II” (backchannel) dialogue was held in the city of Ürümqi, deemed the capital of Xinjiang by the Chinese government. [1]

Photographs sourced by Privacy International depict excerpts of a presentation that discusses intelligence and targeting theories. The presentation was delivered by the UK Border Force, the UK agency tasked with securing British borders. Privacy International is a London-based charity that works to protect people from governmental and corporate exploitation of technology used to surveil and infringe upon inalienable freedoms. Its aim is “to protect democracy, defend people’s dignity, and demand accountability from institutions who breach public trust”. [2] [3] [4]

Privacy International’s lengthy 2019 report on the British government’s shocking apparent disregard for human rights laid bare the truth that Britain used Project Hunter to export its intelligence-gathering methods to dozens of countries. Dr Tarek Younis, a renowned clinical psychologist and lecturer at the University of Middlesex, [5] said on the matter:

“I think it can’t be emphasised enough: the UK was trying to demonstrate the effectiveness of its [countering violent extremism] strategy to China, abetting the genocide of Uyghur Muslims, by drawing on UK Aid funding (i.e. British tax payer money).” [6]

With a particular focus on China and East Turkestan, funded by the Foreign and Commonwealth Office and organised by RUSI – “the world’s oldest independent think tank on international defence and security” – the 2016-2017 Track II diplomacy project under the umbrella of Project Hunter consisted of presentations delivered by Border Force personnel to the Chinese government to push its view that the Prevent programme works for Britain, and that it ought to be used on the region of Xinjiang under the pretext of countering violent extremism.

Alongside Project Hunter is the recently-concluded Project Chaucer, launched in April 2016 with “an overall aim to build international targeting in [overseas development assistance] countries to help deter the movement across national borders of individuals and goods, that would harm their national interests, by enhancing their border control”. Project Chaucer was devised with a budget of £89,200,000, although only £33,938,000 of that allocation was spent by 31st March 2021. [7]

Unlike Project Hunter, which was far more global in reach, Project Chaucer was focused in West Africa, and was different to Project Hunter in that it aimed to “create highly-skilled multi-agency local teams capable of deterring the use of individuals and freight to smuggle drugs or other harmful commodities within developing countries by criminal gangs.” [7]

What is of the utmost concern is the British government’s willingness to employ overseas development assistance funds in order to sell its intelligence and surveillance methods and technologies. Under the auspices of British taxpayer pounds, countries including but not limited to Senegal, Tanzania, Lebanon, the UAE, Cambodia, Morocco, Jordan, Tunisia, Panama, and Romania have benefitted from Border Force training in recent years. No less than 28 countries through the years 2015 to 2019 have had such training, and this is evidenced in a photograph of a computer presentation found in Privacy International’s 2019 report. [2]

Furthermore, the stark contrast in approaches by the British government towards China is alarming.

British government representatives often call out the repressive and oppressive manner in which the CCP ploughs on with its genocidal acts towards the Uyghurs and other Muslim minorities in East Turkestan. The issue lies in the apparent total disregard for a coherent stance on the UK’s diplomatic relationship with the Far Eastern nation.

The prime ministers of the day during the years 2015 to 2019 were fellow Conservatives David Cameron, followed by Theresa May. During the state visit of China’s Xi Jinping in 2015, the British government stated the lavish trip would not be a place in which “debate” would take place concerning Hong Kong or the rights of the Uyghur people. [8] Instead, Cameron, in anticipation of Xi’s imminent arrival to the UK, focused on introducing a “golden era” in Sino-British relations, telling China Central Television:

“It’s going to be a very important moment for British-Chinese relations, which are in a very good state, something of a golden era in our relationship…” [9]

The former Prime Minister added at the time:

“The change we will see is obviously the investment into our infrastructure, Chinese companies employing people and creating jobs. But I think it’s also a big win for China as well, having access to a country that is a leading member of the EU and has so many other contacts and roles in the world.” [9]

Theresa May – Prime Minister from 2016 to 2019 – was applauded by the CCP for her decision to avoid commenting on Chinese human rights violations, with an editorial in the Chinese government’s mouthpiece, the Global Times newspaper, stating that the PM wisely “sidestepped” the thorny issue. [10]

Fast forward to 2021, and the incumbent Conservative PM Boris Johnson is muddying the waters by saying he gives his “full-throated support” to the “warriors in the fight for free speech” – in reference to cross-party members of the House of Commons, including Sir Iain Duncan Smith and Nusrat Ghani, as well as the Liberal Democrat peer Lord Alton, and Labour’s Lady Kennedy, who all have in recent months ramped up pressure on the Government to take a much tougher stand on China and the Uyghur issue. [11] At the same time, the Government is hesitant in calling out China and declaring its actions towards the Uyghurs clearly as genocide.

This morning I spoke with some of those who have been shining a light on the gross human rights violations being perpetrated against Uyghur Muslims.

I stand firmly with them and the other British citizens sanctioned by China. pic.twitter.com/WsQ3XvAedP

The US, Canada, and the Netherlands have all made steps at the highest levels of their respective legislatures in explicitly stating that China’s leaders are engaged in genocide in East Turkestan. [12] [13]

With the UK evidently seeking friendly ties with China, on account of the former’s dismal short-term prospects post-Brexit, commentators such as The Observer’s Emma Graham-Harrison and Toby Helm recently argued that “Johnson’s attempts to separate business and politics are looking increasingly untenable in the face of a China that is ever more assertive internationally, and ever less willing to brook criticism of its conduct.” [11]