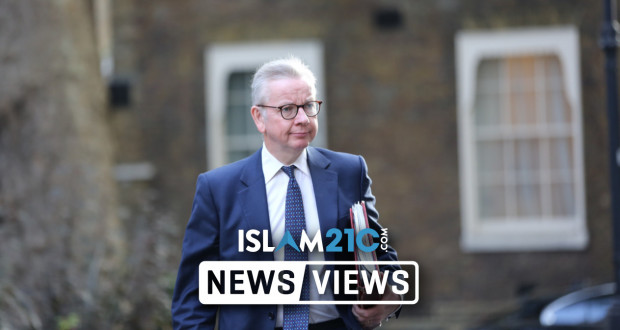 A High Court judge has ruled that Cabinet Office Minister Michael Gove acted unlawfully last year when the government awarded a contract to Public First, a London-based policy and research company. In formulating its decision, the High Court noted the fact that the company is surprisingly owned by a pair of long-standing acquaintances of Gove, as well as former special advisor to the Prime Minister, Dominic Cummings. [1]

Justice O’Farrell ruled that the Cabinet Office’s decision “gave rise to apparent bias” and that it acted in an “unlawful” way by granting Public First the contract without an open and competitive tender. [2]

In her rationale for the verdict, Justice O’Farrell stated the following:

“The existence of personal connections between the Defendant (Gove), Mr Cummings, and the directors of Public First was a relevant circumstance that might be perceived to compromise their impartiality and independence in the context of a public procurement.” [3]

One of the directors of Public First is James Frayne, who has worked with Cummings over the past 20 years. The other is Rachel Wolf, who formerly served as an advisor to Gove, and even had the privilege of co-authoring the Conservative party’s 2019 election manifesto.

In the High Court ruling, the government was also reprimanded for defending its own rendition of the circumstances leading to the contract award, with O’Farrell arguing it “does not stand up to scrutiny.” The government contends that because of the raging coronavirus pandemic, there was insufficient time for a formal vetting process; it ultimately had no choice but to give Public First the research contract without inviting open competition. Justice O’Farrell rejected this reasoning, stating that “the time constraints…did not exonerate the Defendant from conducting the procurement so as to demonstrate a fair and impartial process of selection”. [3]

Taking the objective facts of the case into account, the judge argued that a reasonable person would likely conclude that the government’s actions were biased:

“Failure to consider any other research agency…would lead a fair minded and informed observer to conclude that there was a real possibility, or a real danger, that the decision maker was biased.” [3]

Angela Rayner, who presides as Deputy Leader of the Labour Party, expressed her fury towards the government. The member of the Official Opposition suggested that the legal ruling has only further cemented the established fact that the government “…acted immorally and unethically, and now a judge has confirmed that yet again the government acted unlawfully in handing out contracts to their mates.” [3]

Rayner further expressed her frustration that the government has not apologised for its wrongdoing, and instead has attempted to hide damaging details regarding the affair:

“In the middle of a deadly pandemic not only were those at the heart of government giving out taxpayers’ money to their friends and associates, they have wasted even more trying to cover it up.”

“Ministers need to come clean about how they plan to recoup this cash, as well as the billions of pounds dished out to Tory donors and for duff PPE that wasn’t safe.” [3]

Two weeks ago, former special advisor Dominic Cummings engaged in an elaborate campaign against the presiding government, outlining the degree to which its leaders have failed to adequately respond to the COVID-19 pandemic. Cummings expressed his grievances in two separate parliamentary committees, while also taking the chance to reflect on potential lessons one may learn a year since the pandemic started.

In his sessional statements for the Science and Technology Committee and the Health and Social Care Committee, Cummings cast aspersions on a number of former colleagues at No. 10. Current Health Secretary Matt Hancock was singled out for strong criticism, with Cummings suggesting that the former ought to have been ousted for wrongdoings committed in “at least 15 to 20 things – including lying to everybody on multiple occasions.” [4]

This is only the latest episode in the ongoing saga surrounding the government’s mismanagement of the COVID-19 pandemic. Hancock responded to these accusations by claiming that Downing Street has enjoyed a healthier work environment since Cummings departed last November.

“The best thing to say about this, and this will be corroborated by lots of people in government, is that government has operated better over the past six months.

“Trust across the UK in the measures that the government have taken has increased significantly. I’ve noticed as secretary of state that it is now more efficient, more effective, there’s better communication inside of government, there’s better sense of teamwork, and that is so important in a pandemic, and the public have undoubtedly noticed this improvement.” [5]

To further convolute things, Cummings promised to provide textual evidence to back the numerous allegations made during his parliamentary committee appearances. He has yet to do so. [6]