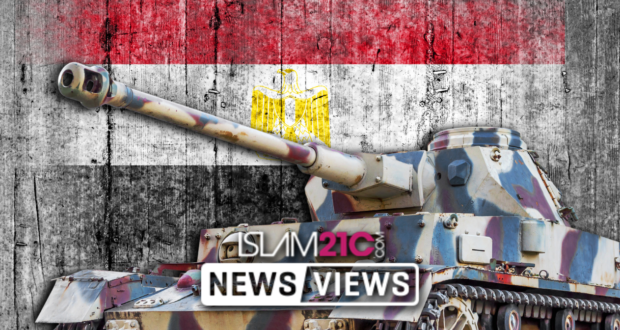 The family of a British teenage student who faces a military trial in Egypt have launched an urgent appeal for help. 19-year-old student Muhammed Fathi Abulkasem was travelling with a friend from Libya, where he cares for his elderly grandmother, for a week-long holiday in Alexandria.

As the plane was approaching the port city, he is said to have taken a photograph of the airport. His family say that the picture, unknown to Abulkasem, showed a military helicopter in the background; and it is illegal to take a picture or record any military equipment or facility in Egypt.

It transpired that the pair’s hotel booking had been marked as “suspicious” and hence they were met by authorities upon arrival in Alexandria and questioned. When the authorities searched Abulkasem’s belongings, the photograph was found on his phone and he was immediately accused of “collecting information of a military facility.”[1]

“They asked Muhammed for his phone and he gave it to them willingly, he cooperated fully. Look on a plane and see how many people do this, take a video of scenery as the plane lands.”

“The Egyptian authorities saw that and accused him straight away, charging him with collecting intelligence to be used against the Egyptian military.”

The family expect Abulkasem to face a military trial, which are held in secret and have almost no chance of successful appeal. Many who know him have described him as a “soft and compassionate” individual and fear for his wellbeing in the Egyptian prison.

Abulkasem’s family has appealed to the public for help during this distressful time, encouraging the following:

2018-12-06
Abdullah Izzadin
Previous: [New] Messages to the Muslims from Sh Haitham
Next: Islamic Finance Benefits Everyone