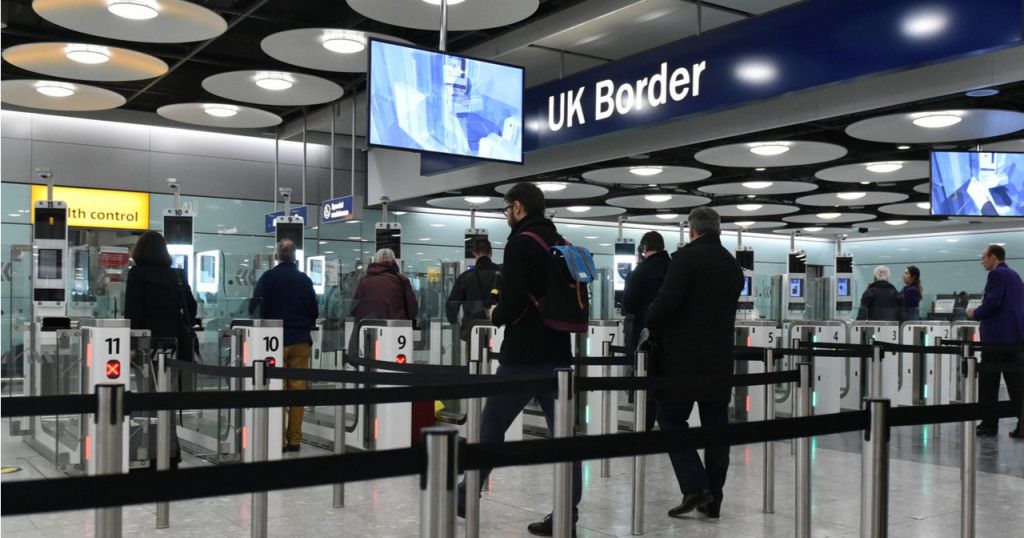 On Friday, a 40-year-old British-Bangladeshi man from London returned to the UK after a “devastating” five-year ordeal in which he was deprived of his citizenship by the Home Office. Known as E3 in legal proceedings, the man had made a routine journey to Bangladesh on April 19 2017 in order to witness the birth of his second daughter. However, a day prior to his return flight to the UK, the Home Office callously decided to rescind E3’s citizenship, thus leaving him stranded in a country in which he has no citizenship. [1]

The notice for the revocation action was in the form of a postal letter, which was sent to his mother’s address. The Home Office thereafter followed up the letter by ringing his mother and informing her of the shocking news that he had no right to return to the UK. The man – who has never been charged or arrested for any crime – rightly described the near five years from June 2017 to early 2022 as “the most depressing period of my life”. [2] The international advocacy group CAGE, which has been supporting the family of E3, responded in an understandably warm manner to the man’s return. In a press release issued on Saturday, the grassroots justice organisation’s Head of Advocacy Anas Mustapha said,

“E3 has finally come back home to the UK after experiencing what can only be described as five years of exile. The potential horrors of granting the Home Secretary even greater powers under the Nationality and Borders Bill are laid to bare in this case. CAGE calls for a complete overhaul of the current regime of citizenship deprivation and calls for the end of the use of ‘secret evidence’ and ‘secret courts’.” [1]

However, in painting a disturbing picture of the broader crisis surrounding the government’s desire to push for the rescission of British citizenship without notice, CAGE also shed light on five other British citizens who have been unfairly targeted. As a result, these innocent people have all suffered from statelessness without so much as a brief explanation of the fact.

“CAGE is aware of 5 British citizens (E3, C3, C4, C7, N3) who have succeeded in their appeals in the past 12 months to have their citizenships restored. None of these individuals were ever placed on trial, nor was any judge or court of law involved in the decision to strip them of their citizenship. Their lives were turned upside down for years as they suddenly found themselves exiled in Bangladesh, Turkey, Egypt, and the detention camps in Syria. If they were unaware of their deprivations, the appeals process would have taken even longer.” [1]

E3 described to CAGE his bittersweet feelings of relief juxtaposed with lingering pain from the trauma that was arbitrarily inflicted by his own government, on not only his own person, but also his immediate family. Most sickening in the government’s decision to deprive E3 of his citizenship was the fact that during his period of statelessness in Bangladesh, the man’s wife gave birth to another daughter – this daughter was denied British citizenship owing to the fact that her father’s own citizenship had been revoked two years prior. The Home Office is continuing to wrangle with the fact that the child is indeed entitled to British citizenship, now that E3’s has been reinstated.

“It is great to be home with my mother after so many years but it was with a very heavy heart that I left my wife and three daughters behind in Bangladesh. I will continue my fight against the Home Office for my daughter to be recognised as a British citizen so that my family can be reunited with me here in London.

“Although my flight landed in mid-afternoon, I did not get home until after midnight because of more police harassment at the airport when they wanted to question me for hours about my religious and political views. After five years in exile, all I wanted was to come home and see my mum.” [1]

As alluded to by E3, further exacerbating the heinous and arbitrary nature of the government in their harassment of him, it is understood that police employed the notorious Schedule 7 powers on his return to Heathrow on Friday afternoon. It would seem that it is not sufficient for the British government to merely strip a person of their citizenship, but it is also necessary for them to make use of police harassment, even after being given the all-clear. This, it is worth noting, is also despite the man having never been charged with a crime. Fahad Ansari, the prominent Irish human rights defender who acts as E3’s solicitor, told CAGE,

“E3 is an innocent man. He has never been charged, let alone convicted of any offence. Neither when he left the UK in 2017 nor upon his return yesterday did the British police deem him to be of such a threat that he needed to be arrested. Yet for five years, he was left in exile simply because the Home Secretary had decided that he was a threat to national security.

“We will continue fighting for E3’s daughter to be recognised as a British citizen. The High Court has seen the strength of our argument and given E3’s daughter permission to judicially review that decision with the case now listed to be heard in May this year. [1]

In parliament, the Conservative government continues its efforts to push through draconian legal measures that would permit it to revoke a Briton’s citizenship without notice. It is well known that such powers of revocation date back to the First World War, with the British Nationality and Status of Aliens Act of 1914 granting power to the government to strip British Germans that it suspected of spying for Germany. However, with the Home Secretary Priti Patel’s continuing desire for Clause 9 – or “Notice of decision to deprive a person of citizenship” – to be passed within the in-progress Nationality and Borders Bill, the country may yet witness a rise in cases of citizenship revocation, particularly against those whom the government seeks to scapegoat, as has been blatantly evidenced in the case of E3. [3]