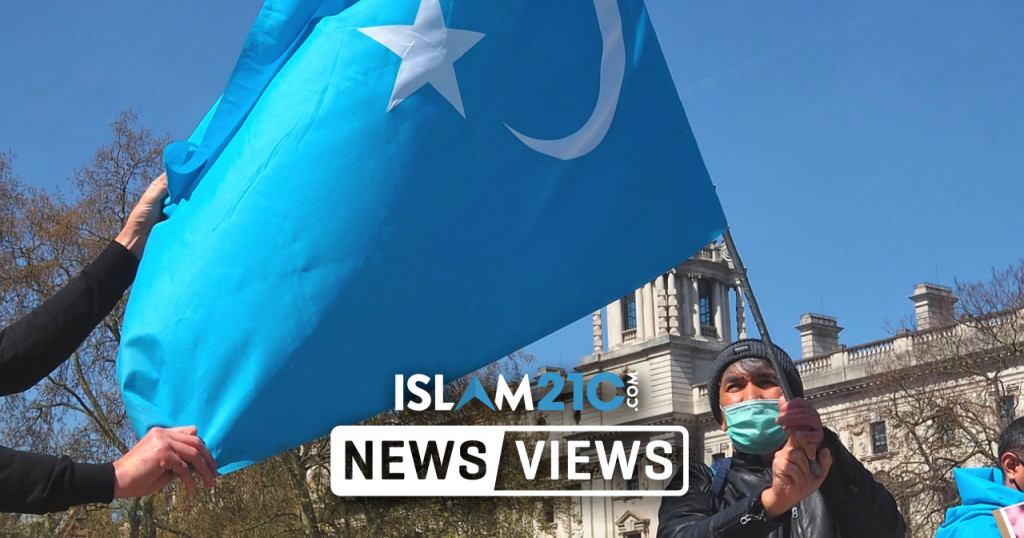 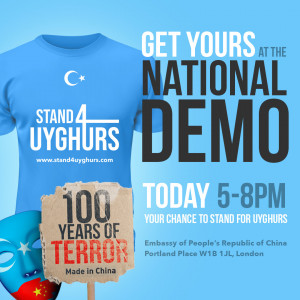 A first of its kind coalition of over 50 British Muslim organisations is holding a demonstration on Thursday 1st of July, to coincide with the 100th anniversary since the formation of the Chinese Communist Party (CCP), in protest against the systematic genocide of the Uyghur Muslims in China’s Xinjiang province (East Turkestan). The coalition demands the CCP halt its genocidal policies and close down the concentration camps immediately.

Under the campaign banner, Stand4Uyghurs, the coalition aims to raise awareness and channel people towards effective action to help the millions of Uyghur Muslims imprisoned and tortured in so-called “re-education” camps run by the CCP. [1]

Scheduled to speak at the protest are prominent members of the Muslim community from across the board, coming together to send a message of solidarity and moral support for the Uyghurs. They include founding Secretary General of the Muslim Council of Britain, Sir Iqbal Sacranie OBE, founder of The Cordoba Foundation, Dr Anas Altikriti, Outreach Director of CAGE, Moazzam Begg, and many more.

The Coalition consists of major regional mosques such as East London Mosque (est. 1982), Green Lane Masjid in Birmingham (est. 1970s), representative bodies such as Waltham Forest Council of Mosques (WFCOM) and Muslim Council of Wales, student organisations such as the Federation of Students’ Islamic Societies – FOSIS (est. 1963), as well as scholarly bodies such as Wifaqul Ulama and Islamic Council of Europe, thinktanks such as The Cordoba Foundation, media organisations such as 5Pillars News and ilmfeed, advocacy groups such as CAGE and Mend, and professional bodies such as the Association of Muslim Lawyers. (A full list of collaborators is in the notes to editors below.[2])

This major community action follows after the Uyghur Tribunal held earlier in June and chaired by Sir Geoffrey Nice QC, the lead prosecutor in the trial of the Serbian president Slobodan Milošević in The Hague. The tribunal heard chilling evidence from Uygur victims of the CCP, academics and whistle-blowers alike. [4]

“The CCP has killed more than 60 million of its own citizens during its reign. The systematic genocide against Uyghur Muslims is just one in a long line of death and state terror. The global Uyghur diaspora called on all people to use their voices to make this known to the world on this day in particular, and we are grateful to all those standing up and doing their part.”

“More and more people are finding out about the horrific treatment of the Uyghurs, but not many people know what to do to help them. This longer-term campaign aims to tackle three issues: motivate people by highlighting examples of how powerful their voice is; inform them with accurate information of who the Uyghurs are and what is happening to them; then channelling them towards effective action. As for the launch this Thursday, it is a rare opportunity to show moral support to Uyghurs and other oppressed minorities on a day which they themselves have reached out to us to make a stand on. It is the least we can do.”

“As someone who has been fighting against oppressive state policies over the past two decades, let’s be under no illusions. China has openly used the language of the ‘War on Terror’ and, similarly co-opted many Muslim nations into complicity or tacit approval.

“We have all stood in large numbers for the rights of others who have been oppressed. It is now time to also stand for Uyghurs.”

[2] The full list of organisations collaborating in the coalition at the time of writing: