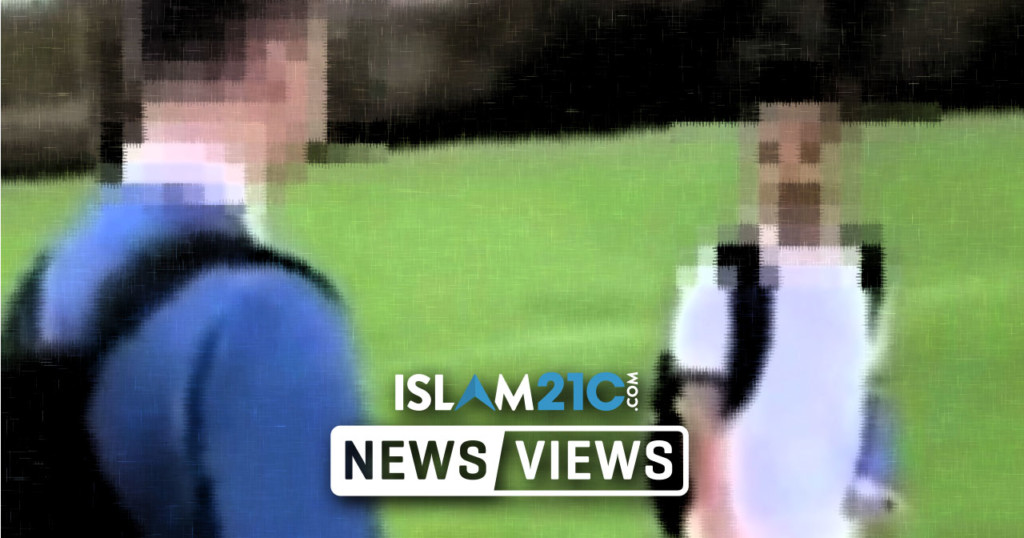 Late last year, Syrian refugee Jamal, was seen being viciously bullied by another boy at his school in Huddersfield.

A video was released in October 2018, which has since been seen by millions, showing the 15-year-old being “waterboarded”, mimicking the well-known US torture technique linked to Guantanamo Bay, a facility infamously known for holding Muslims detainees.

Ironically, Jamal and his family left Syria for a better future in England, though after he and his sister were subjugated and coerced by their oppressors during their two-year stay in Huddersfield, he compared his school to that of “entering a war zone”.

The ordeal which culminated in the video that went viral caused Almondbury Community school to come under significant scrutiny by the national school’s watchdog, Ofsted, for allowing such malicious behaviour to take place by their pupils within their grounds. A huge uproar of 400 complaints were made after the video emerged and the school was later classed as “inadequate”.

In every story in danger of creating sympathy for Muslims, there are always those who to try to step in and tarnish the victim. Tommy Robinson, the founder and former leader of the English Defence League (EDL), was widely condemned when he claimed Jamal was involved in a separate attack on a white girl at his school, which he apologised for after it was exposed to be a complete fabrication. The family lawyer has confirmed they will be taking legal action against Robinson.

“When the video came out, I felt ashamed and was scared of people coming to my home and doing something.

“I was threatened with being stabbed and I would wake up crying after having dreams about people stabbing me.

“Then when Tommy Robinson made accusations on video saying I’d hurt girls at the school, I was so scared people might listen to him and believe him even though it wasn’t true.

“I was terrified of someone hurting me or my family.”

A Crowd Justice page was set up on 4th February to raise money for legal action against Tommy Robinson, which has already exceeded £10,000.[3]

Now Jamal wants to set up a charity 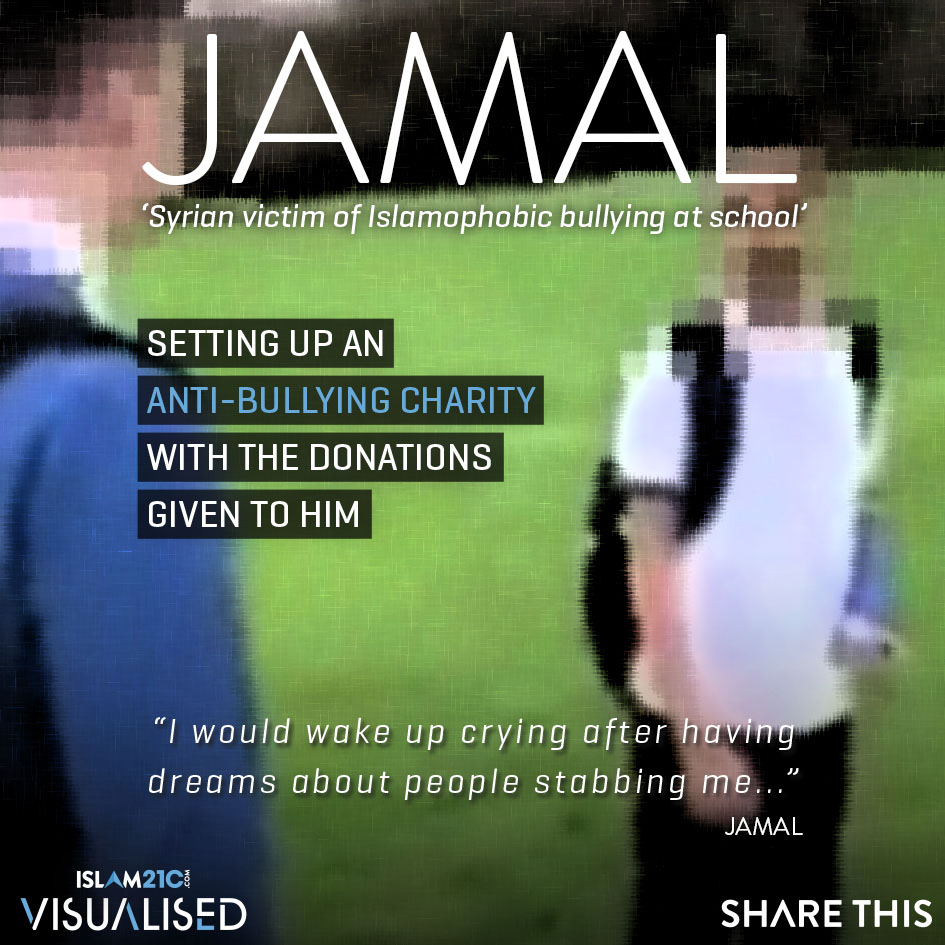 In a remarkable positive turn of events, Jamal and his family have moved home to the Midlands, and a GoFundMe page was created for Jamal raising over £158,000. [4] The money was raised to initially ease the family’s situation and help improve their lives.

The man who organised the fundraiser, Mohammed Tahir, said the money will be “life changing” for the family. [5]

However, Jamal told the press that he plans to use the money to start a charity to support children, of all religions and backgrounds, who are being bullied in all domains.

“After I get the money, I am going to make a charity for children who are being bullied as I want to help them. The charity will be for everyone – for people of all colours, races and religions. I feel people should respect everyone and accept them for who they are, even if they are different to them. I want people to know they are not alone and that I will stand up for them if they are being bullied.” [6]

Jamal plans on being a pharmacist in the future and we hope the donations made, help him and his family rebuild their lives and show us that for those who do good and are patient, there will always be light at the end of the tunnel.

Hamza Saleem
Share. Facebook Twitter LinkedIn Email Telegram WhatsApp
Previous ArticleLeaders who are afraid to be clear about Islam do us a disservice
Next Article The Hadith of The Cow That Spoke