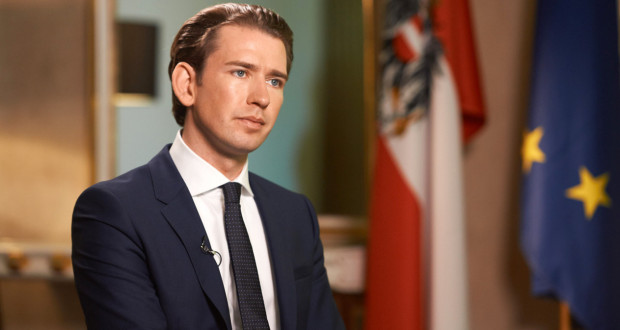 Exactly one year has passed since the launch of Operation Luxor, Austria’s single largest peacetime police operation in history. To mark this devastating milestone, the British human rights advocacy organisation CAGE and its Austrian counterpart Assisting Children Traumatised by Police (ACT-P) – a prominent non-governmental organisation (NGO) – have released a searing 92-page report. Their collective research work unveils the extent to which Operation Luxor unlawfully and unfairly targeted 30 Muslim families in raids which involved more than 930 police and intelligence officers. The report also highlights the spectacular downfall of Austrian chancellor Sebastian Kurz, who resigned in October following allegations of corruption. [1] [2]

In the newly published study, the notorious police operation is described as having been:

“…an illegitimate, politicised policing operation that led to widespread violations of human rights and children’s rights in Austria, to appease foreign governments in their campaign against the Muslim Brotherhood, but which impacted almost 1000 homes and large numbers of innocent individuals, including women and children.” [1]

Alarmingly, closely following the appalling events of 9 November 2020, ACT-P had warned of “ongoing psychological trauma as a result of the raids, with some [victims] even showing early signs of post-traumatic stress disorder (PTSD)”. [3]

Reflecting on the scars that approximately a thousand affected Muslim citizens still bear to this day, the joint CAGE-ACT-P report sheds light on the illegal nature of the mass raids, as well as the “growing array of institutions that are buttressing Islamophobia” following Operation Luxor. In one telling passage noted in the executive summary, the report states: “no-one affected by the raids has been charged for any offence, despite having their lives turned upside down…” [1] Moreover, the Austrian government is heavily criticised in the report for the timing of the raids, which conveniently and coincidentally occurred just one week following the Vienna attacks by ISIS sympathiser Kujtim Fejzullai.

“The governing ÖVP in Austria has managed successfully to fundamentally reshape the state’s politics towards Muslim communities by introducing the terminology of ‘Political Islam’ into the public discourse. The ÖVP has also been using institutions such as the Documentation Centre to produce knowledge that supports their narrative, in order to criminalise Muslimness and Muslim communities, which is seeping in to the work of the domestic intelligence agency and subsequently police operations. This discursive shift has enabled numerous laws and policies to be introduced, with the only check on government power thus far amounting to interventions by the courts.” [1]

On 2 November 2020, four people were tragically killed and a further 23 were injured after Kujtim Fejzullai began a shooting spree. The perpetrator Fejzullai was shot dead by police at the scene. It was later confirmed that not a single person from the 30 families whose homes were raided were involved in the Vienna terror attacks. This raises serious questions regarding the veracity of the intelligence behind Operation Luxor.

As the report states:

“Despite being subsequently proven to have been entirely unrelated to the attack, the sweeping Operation Luxor raids carried out a week after it were portrayed by politicians as a response to them, while legislative approaches to crack down on ‘Political Islam’ have continued apace in the country.

“In the aftermath of the shootings, the Austrian media has played a key role in disseminating Islamophobic rhetoric, including by using Islamophobic and discriminatory language to describe the 2nd November attack and to legitimise the government’s anti-Muslim policies.” [1]

The report also provides a detailed chronological timeline of Austria’s journey to clamping down on “political Islam”. As noted in the study, on 15 July 2020, the so-called staatliche Dokumentationsstelle für den politischen Islam (state-run Documentation Centre for Political Islam) was established. This entity, which was apparently formed under the guise of countering extremism, subsequently released an “Islam map” on 29 May 2021. The map shockingly charts over 600 Muslim-linked organisations, along with their locations and members’ private addresses. [4]

Following the release of the said “Islam map”, there were immediate reports of an increase in racist attacks against Muslims. If the rightwing Austrian government deliberately planned to sway public support for its anti-Muslim actions, it had certainly succeeded in its aim.

“The most chilling example of Austria’s overarching policy of guilt-by-association and targeting of Muslims was unveiled on 29 May 2021 when the Documentation Centre, together with Integration minister Raab introduced the so called “Islam Map” via a press conference while backing it up with several studies produced by the academics of the Documentation Centre, including Heiko Heinisch.” [1]

In addition, CAGE and ACT-P criticise the Documentation Centre for its opaque operations. The report highlights several issues relating to the funding and oversight of the Centre:

“The Centre is financed by public funds, but there are no public control mechanisms nor any transparency with regards to the hiring process of staff, their qualifications, or work practices available on it.” [1]

In its conclusion, the thorough report makes a number of recommendations. Some of these proposals are addressed to the Austrian government, others are issued to NGOs and civil society, while another series of suggestions are made to Austrian communities. One of the most important proposals presented to the government is to end “all open investigations against victims of the Operation Luxor raids”. In addition, the report calls for the victims to “be fully vindicated by due process, especially after the higher regional court” declared the operation to be unlawful. [1]

First case in #OperationLuxor has been dropped by the County Court in Grazhttps://t.co/nIqvZNkAh3

Furthermore, the report makes express demands for “an official, formal public state commitment to investigate Operation Luxor”. To ensure an impartial investigation can be smoothly undertaken, the two organisations recommend that an “independent non-government external authority” be created, so all episodes of police misconduct are scrutinised. [1]