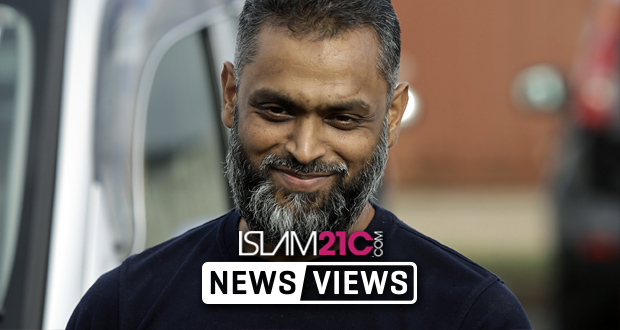 Outreach Director for Cage, Moazzam Begg, has been included in an annual list of the 500 “most influential Muslims” in the world.

There are approximately 1.84 billion Muslims in the world today, making up just under one-quarter of mankind. As well as being citizens of our respective countries, we also have a sense of belonging to the ‘ummah’, the worldwide Muslim community.

The yearly publication of “The Muslim 500: The World’s 500 Most Influential Muslims” by an NGO based in Jordan,[1] sets out to ascertain the influence of some Muslims on this community, or on behalf of the community. According to the publication, influence is: any person who has the power (be it cultural, ideological, financial, political or otherwise) to make a change that will have a significant impact on the Muslim world.

This year, Moazzam Begg has made the list of 500 most influential Muslims of the year,[2] in the domain of “Social Issues”. Alongside heads of states, influential activists, artists, clerics and academics, Moazzam Begg was newly added to the list following a decade of activism, “defending the weak, accounting the powerful”.[3] As Outreach Director for Cage his work challenges crimes and injustice, often at the complicity of governments, and empowers those communities affected by the “War o[f] Terror”.

The passage on Moazzam Begg reads,

“Moazzam Begg is a British Pakistani who was held without charge by the US for 3 years in the notorious Bagram and Guantanamo Bay detention centres. After much public outcry he was finally released in 2005, and in 2010, the British Government announced an out-of-court financial settlement for their complicity in the whole affair. He has written a book, ‘Enemy Combatant’, which details the abuse carried out at the detention centres. He is currently a media commentator and speaks about international anti-terror measures and how they are eroding human rights.”

Since his release, Moazzam Begg has worked tirelessly to raise awareness of the abuses endemic to justice systems in regimes across the world and has campaigned against draconian state policies, striving for a world free from oppression and injustice. Upon learning of his inclusion in this list, he told Islam21c:

“It is not about the people but the work that they do, and I am grateful that whoever made this list thought of our work as worthy of inclusion on their list. Many communities that have struggled in the past have always ensured that their political prisoners were people that were celebrated, and this is something that the Muslim community should be proud of and benefit from. There are many others who have struggled and suffered greatly for their beliefs and principles, that require recognition in the same light, and whose work we can benefit from greatly.”

We congratulate Moazzam Begg and his colleagues on being recognised for their work on behalf of the Muslim community; we pray Allāh assists them in their efforts and gives them the greatest recognition in the Hereafter.