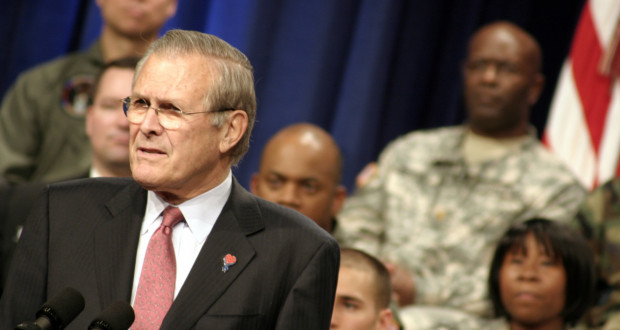 The UK-based human rights advocacy group CAGE has commemorated the twentieth anniversary of two of the bloodiest and most horrific massacres in modern US history: the Qala-i-Jangi massacre of November 2001 and the Dasht-i-Leili massacre of December 2001. During an event held in London on 20 November, CAGE revisited America’s “largest mass killing of prisoners”. Powerful messages were shared by Outreach Director Moazzam Begg, and a number of survivors from the twin massacres that took place during the very early days of the US invasion of Afghanistan. [1]

.@Moazzam_Begg kicking off @UK_CAGE’s first in person event since lockdown on the 20th anniversary of the #QalaMassacre of 6000 prisoners by US forces in Afghanistan in 2001. pic.twitter.com/Z6Ozla9ueD

The horrendous events of late 2001 were inflicted by the Central Intelligence Agency (CIA), alongside British and American Special Forces. The twin mass murders began in November, when US forces began the heavy shelling of Taliban sites within Afghanistan. In Kunduz, which is located in the northern part of the country, hundreds of foreign Taliban fighters were targeted by US airstrikes. Following the extensive use of 15,000lb BLU-82 “Daisy Cutter” bombs and the assurance of allegiance-shifting fair-weather warlord Abdul Rashid Dostum that the men would be permitted to return home, Taliban soldiers surrendered. At approximately the same time, Northern Alliance mercenaries backed by the US surrounded several thousand Taliban fighters and forced them into shipping containers, destined for Sheberghan prison.

However, Yahya Lindh, a former prisoner of war and himself a survivor of the Qala-i-Jangi massacre, shared some shocking details. He mentioned that most of these prisoners of war were subsequently murdered through a variety of means. In the scorching hot weather, many died of a lack of oxygen, while others were shot repeatedly.

“In the final week of November 2001, a group of CIA and Special Forces operatives oversaw the massacre of a convoy of Taliban soldiers who had been captured in northern Afghanistan. Thousands of detainees were asphyxiated, burned, beaten to death, buried alive, frozen, drowned, dismembered, and shot with their hands tied behind their backs. The carnage was covered widely in the international media as details gradually emerged, but few Americans seemed to notice.” [2]

Hundreds of prisoners were detained like sardines in these shipping containers during which time the Americans opened fire on the containers. Prisoners bit into the flesh of the dead bodies to try and quench their thirst. #QalaMassacre

Prior to the Saturday event, Lindh – known as “Detainee 001” during the US invasion of Afghanistan – also stated in a piece on CAGE’s website that the bloodshed of Dasht-i-Leili and Qala-i-Jangi was a reminder of America’s centuries-old warmongering nature. Indeed, as Lindh noted:

“The decision to deny prisoners any rights whatsoever in what George W. Bush described as ‘this crusade, this war on terrorism’ was based in part on an 1873 Supreme Court decision stating that ‘the laws and customs of civilized warfare may not be applicable to an armed conflict with the Indian tribes upon our western frontier’.

“This decision was consistent with longstanding American military policy. As early as 1807, Thomas Jefferson had advocated a similar approach: ‘If we are constrained to lift the hatchet against any tribe, we will never lay it down till that tribe is exterminated…they will kill some of us; we shall destroy all of them’.” [2]

The Northern Alliance, as Lindh explains, “was a coalition of warlords notorious for pedophilia, drug trafficking, rape, and extreme brutality”. Under the leadership of Abdul Rashid Dostum, the group had shockingly been responsible for killing over 50,000 Kabul residents. The group also bore responsibility for “destroying much of the city during the 1990s, but now they were America’s boots on the ground”. [2]

The organisation was notoriously violent and sadistic in its torture techniques. A survivor by the name of Bashir Ahmad once told a reporter:

“The Northern Alliance soldiers were very cruel. They asked a Taliban commander to shave his beard. He refused. They took him off and chopped off one arm, and then another, and then they killed him.” [2]

At the same time, even Northern Alliance mercenaries were themselves shocked at the cruelty of their American partners. One fighter said that he witnessed US troops stabbing prisoners in the leg and cutting out their tongues. The unnamed fighter said:

“Sometimes, it looked as if they were doing it for pleasure…They would take a prisoner outside, beat him up, and return him to the jail. But sometimes, they were never returned and they disappeared.” [2]

It is known that on top of the thousands slaughtered during the so-called Convoy of Death between Qala-i-Jangi and the Dasht-i-Leili desert, around 120 of the 3,000 survivors of the dual massacres held at Sheberghan were subsequently transferred to the newly opened Guantanamo Bay prison centre in Cuba. Of the special guests during Saturday’s event, Yahya Lindh and Waleed Al Hajj described their mistreatment at the hands of the US and its ally, the Northern Alliance. Moreover, Ruhal Ahmad, a British citizen who survived the Dasht-i-Leili massacre and was later held without charge at Guantanamo for over two years, shared his experience of torture at Sheberghan jail.

Shaker Aamer, a former fellow Guantanamo Bay detainee of thirteen years, also shared his own unique experiences of torture at the hands of the US. In his remarks, Aamer stated that in an ironic twist, he found himself treating US troops who were suffering from depression. Aamer told the shocked attendees:

“I treated American soldiers in Guantanamo who suffered from depression. They would come to me crying. I would tell them ‘don’t worry, this will be over soon and you will go home from a Guantanamo’. I even stopped one soldier from committing suicide.” [3]

While the commemorative event this past Saturday has sought to shed renewed light on the twin Dasht-i-Leili and Qala-i-Jangi massacres, there has been absolutely no accountability on the part of the US or Britain, nor any admission of wrongdoing. This is despite the passage of a staggering two decades since the atrocities of November and December 2001. Successive US administrations have sought to deny their role in the mass murders, and American citizens remain ignorant of the tragedies to this day.