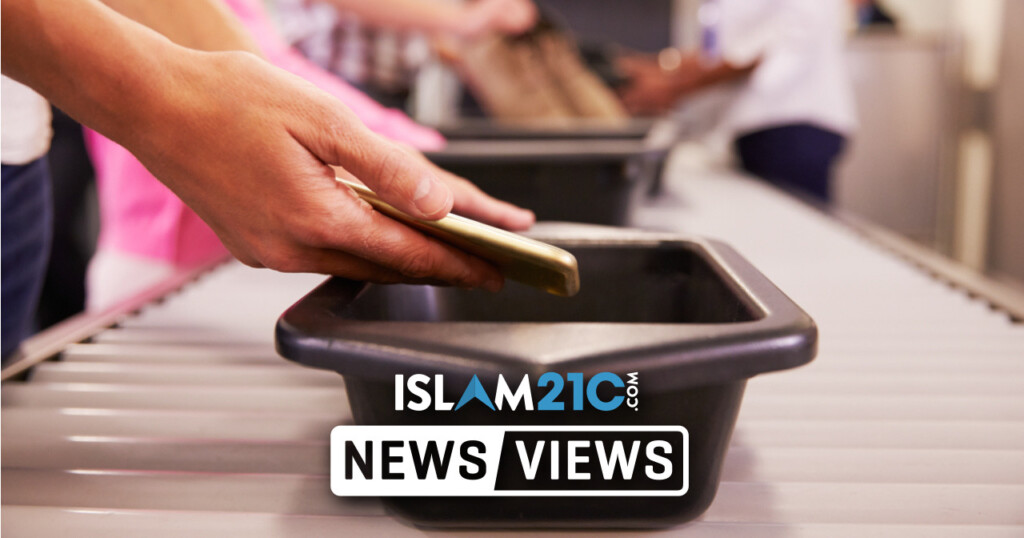 Yesterday marked twenty years which the Terrorism Act 2000 – described as creating a “racist, fear-based environment” – was passed by the UK Parliament.[1] It was the first of a number of Acts of Parliament designed to make provisions against terrorism, replacing the Prevention of Terrorism Act 1989, the Northern Ireland Act 1996, and some parts of the Criminal Justice Act 1998.

The Act contains guidelines for the infamous ‘Schedule 7’, which allows an examining officer to stop, question, and where necessary detain and search individuals travelling through airports, ports, international rail stations, or at the UK border to determine whether that person has been, or is of concern of, preparing or instigating acts of terrorism.[2]

Last year, a report by the UK advocacy organisation known as CAGE found that “potentially close to one million people” had been stopped under Schedule 7, with the overwhelming majority (88%) having been Muslim,[3] justifying the number of horror stories that have been shared online.

To mark this date, CAGE have released a report, entitled 20 Years of TACT: Justice Under Threat, portraying the bias of the legal system to find Muslims as terrorists – showing how Muslims are the ones who feel the brunt of state repression.

The report contains cases and statistical evidence to highlight the impact of the two-decade old Act brought in under Tony Blair’s Labour government, bolstered by similar counter-terror legislation that followed the years after in 2005, 2016, and 2020.

CAGE argues that it is a “two-tier justice system that undermines democratic governance”, leading to the annulment of rights, widespread discrimination against Muslims and foreign nationals, and ultimately the depravation of the judicial system by utilising “secret evidence”.[4]

“Two decades of counter-terrorism legislation and policies have desensitised the British public to the erosion of due process within the criminal justice system to the extent that it is now controversial for someone accused of a crime to be able to attend their hearing and see the evidence against them. The propensity of successive governments to respond to every act of terrorism by further legislating away fundamental freedoms has not only failed to keep us safe but has sought to make every citizen the eyes and ears of the state.”

The report makes these key observations:

As of March 2020, 77% of people in prison custody for terror offences were found to be Muslims, but the Act was never concorded to be used to identify people guilty of committing terror offences. Some 49% of people are released without any further actions and only 11.6% of so-called ‘terror arrests’ actually result in terror convictions, further concluding that the Act, and any successive legislation, was designed to heighten the Islamophobic climate, rather than to protect the general masses.

CAGE has argued that the process that the Act encourages is “based upon politicised interpretations of statements and discriminatory conceptions of Islamic ideology” and that counter-terrorism cases are “chipping away at a core pillar of due process and resulting in unsafe convictions”.

The report also address how the counter-terrorism laws have been able to authorise the arming of police, who are worryingly adopting a shoot-to-kill routine against supposed “terror suspects”.

“The stigma and fearmongering attached to Muslim-majority terror offenders has served to validate the hard arm of policing.”

The report published by CAGE calls for the architects of such legislation to be brought to justice, outlining three basic steps towards a society based on trust:

It has also called upon the Government to repeal all counter-terrorism laws since 2000 and for a series of public inquiries into the long-term impact of the laws and reparative justice that have led to the marginalisation and criminalisation of Muslim citizens in the UK.