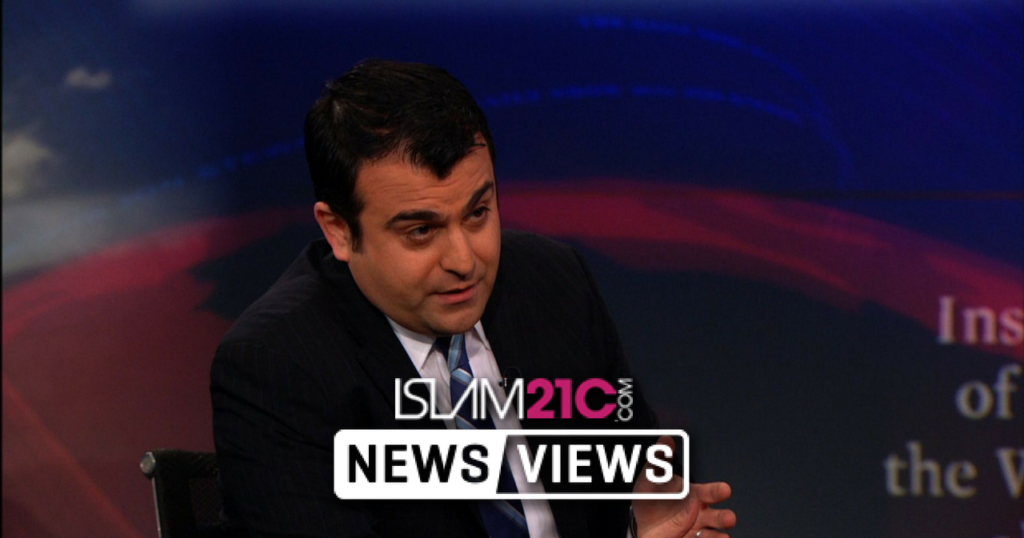 Advocacy group CAGE have today called on the Director of Public Prosecutions to act immediately and arrest the former FBI agent Ali Soufan accused of torture.

The alleged torturer is currently in the UK and is scheduled to be speaking at the houses of parliament tomorrow. He has been invited as a guest speaker by the neoconservative ‘think tank’, Henry Jackson Society (HJS). [1]

HJS’ members are known for attacking Muslim activists, fueling Islamophobia and have condoned rendition and torture. [2] [3] According to a report published by Spinwatch, HJS is grounded in and “deeply influenced by Islamophobia and an open embrace of the War on Terror”. [4]

A complaint has been filed by CAGE in the UK, using more than 35,000 pages of evidence to show that Ali Soufan “…was not only present during the torture of Qatari businessman Ali al-Marri on US soil, but may have even overseen it”. [5]

Ali Saleh Kahlah al-Marri, was arrested in the year 2001 and subsequently tortured, imprisoned and held in solitary confinement without charge. [6] During his time with the interrogators Ali al-Marri faced the following: solitary confinement for prolonged periods over thirteen years; being threatened with the torture of his children; being threatened with the rape of his wife; sleep deprivation; intense sound and cold torture for extended periods and dry boarding, by having a sock inserted in his mouth and his jaw taped shut to mimic being suffocated to death. [7]

Moreover, a public petition set up by AbdurRahman Ali al-Marri who is the son of the torture victim has nearly reached 5000 signatures. The petition demands for the men involved in Ali al-Marri’s torture to be arrested and prosecuted for their alleged crimes. [8]

“It is now up to the DPP to live up to its obligations under international law and arrest Soufan to investigate the allegations made against him. People in power should no longer escape accountability – as has been illustrated in part by Theresa May’s apology to Abdel Hakim Belhaj and his wife, Fatima Boudchar.”

“The Henry Jackson Society, have invited Soufan despite allegations of his complicity in torture which speaks volumes given that they are a known right-wing think tank responsible for advocating a deeply hostile approach to Muslims. The HJS boasts supporters and members who are known torture apologists, such as Douglas Murray.”

“Soufan has marketed himself as an anti-torture advocate, but official logs recently released suggest otherwise. Any hesitancy to apprehend Soufan in line with the rule of law, will illustrate dire weaknesses and hypocrisy within the British justice system.”

Ali al-Marri tweeted the following in response to Ali Soufan’s invitation by HJS:

The neo con @HJS_Org is seeking to legitimise @Ali_H_Soufan, the man involved in my torture on US soil, by hosting him at the @UKHouseofLords tomorrow.

My complaint to the police has been submitted in advance. They should arrest this man and take him into custody, on arrival!

During my captivity at the Charleston Naval Brig, FBI agent and #TheLoomingTower 'star' @Ali_H_Soufan put me through indescribable torture dubbed dryboarding. I can never forget the terror in what seemed to last forever.

It is completely beyond me as to why the UK would have this contemptible individual invited to the @UKHouseofLords to promote his book, profiting from his background as an #FBItorture r.

It is NOT beyond me that the right wing torture apologists of @HJS_Org would be behind it.

Call the Police War Crimes Investigation Unit on 02072303939 and demand they arrest him.

This is an extremely concerning. For someone who has been reported to crimes of torture to @metpoliceuk to be speaking in @UKHouseofLords makes a mockery of the UK's tradition of due process and the Rule of Law. https://t.co/kT6AgfkJkm

Ali al-Marri and his legal team have called on the public to call the Police War Crimes Investigation Unit on 02072303939 or email them at [email protected] to alert them to Soufan’s whereabout and ask whether the investigation into his alleged torture is taking place.