Campaign launched to release one of two remaining Afghans in Guantanamo 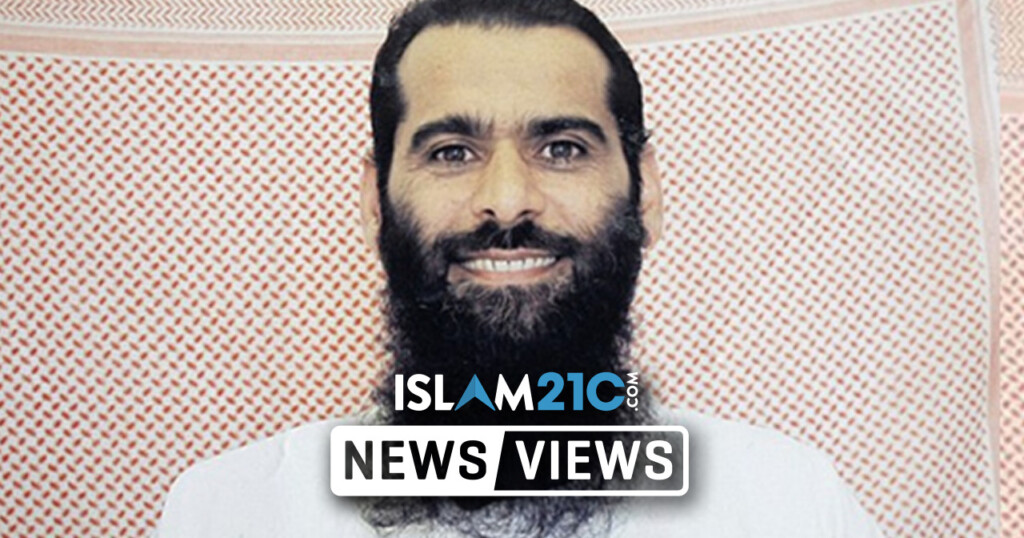 A campaign has been launched today demanding the release of one of two Afghans still captive in Guantanamo Bay prison.

The petition spearheaded by CAGE – which can be signed here[1] – calls for the release of Muhammad Rahim, now in his mid-50s having spent thirteen years in detention without charge and subjected to starvation, torture, and human experimentation.

A medical examination of Rahim found several nodules, which a specialist has revealed could indicate he is suffering from cancer.

CAGE told Islam21c that the case of Rahim was unique as all sides are calling for his release, including the current Kabul administration. 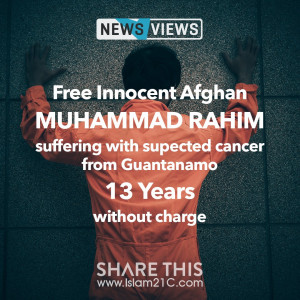 CAGE is pushing for Rahim’s release in what may be his last chance for freedom.

“This is a crucial moment for Muhammad Rahim and his family,” a spokesperson from CAGE said, “It comes at a time when the peace negotiations in Doha are in full swing, and politically it may be his best shot at securing freedom, in shā Allāh.”

In an interview with CAGE, Rahim’s brother told the story of another sibling who was detained and killed by the Soviets.

In the interview, Rahim’s brother said: “Please, return Muhammad to his family, do not be like the Soviets.”[2]

In another interview, Lt. Commander Kevin Bogucki, a former military lawyer who represented Rahim, said: “Muhammad Rahim is one of the most intelligent and personable men I have ever met. He is genuinely friendly and has a rare sense of humour that keeps me smiling through our meetings.” [3]

“I am consistently impressed by Muhammad Rahim’s ability to maintain a positive attitude in such a hostile and uncomfortable environment. It is a testament to his faith and his strength of character.”

Lt. Bogucki concluded the interview saying: “Afghanistan needs intelligent and peaceful men like Muhammad Rahim, and there is no reason he should continue to be held at Guantanamo bay.”

Muhammad Rahim was born in the Chaparhar district in the Nangarhar province of Afghanistan.

When the Soviets began their brutal invasion of Afghanistan at the end of the 1970s, Rahim and his family sought refuge in Pakistan when he was only 12 years old.

Like most young Afghans at the time, Rahim joined the mujahideen to fight against the Soviets with the backing of the US Government.

When the Soviet army was defeated, Rahim returned to civilian life, as did most fighters at the time. He worked as a teacher and a trader.

In the mid-1990s, Rahim joined a UN agency as the financial officer for the Nangarhar Drug Control and Development Office, dedicated to eradicating opium in the province.

Rahim became a respected individual in his district tending to tribal and community matters.

In 2007, Rahim was abducted in front of his wife and children in Lahore, Pakistan, when he was thrown into a jeep and disappeared into the secret network of CIA prisons in the region.

During this dark time, Rahim was beaten, starved, and experimented on, but ultimately produced no intelligence for his capturers according to a US Senate torture report.

In 2008, the US announced that Rahim had been transferred to Guantanamo Bay and had been placed in the secretive Camp 7.

In an article on Rahim’s torture, CAGE writes: “Rahim has the dubious honour of being the individual that compelled the CIA to re-evaluate its ‘enhanced interrogation’ methods, and essentially shut down its torture programme, simply because after facing this brutality, Rahim yielded no useful information.”[4]

Rahim was the last man sent to Guantanamo, and the final victim of the CIA’s ‘enhanced interrogation’ torture programme.

The US Government has stated it has no intentions of charging Rahim with a crime, yet declared him a ‘forever prisoner’. Rahim remains detained without charge to this day.

The CAGE petition is calling for signatures to free Muhammad Rahim. You can sign it here.

In a campaign statement, CAGE wrote: “After 13 years in prison without charge, he longs to be reunited with his 7 children. We want Muhammad Rahim to be returned to his family, so he can rebuild his life.”