Are you ready for our first ever NATIONAL CAMPAIGN?
Home / News / Charity Commission warns Charities about sending aid to Syria 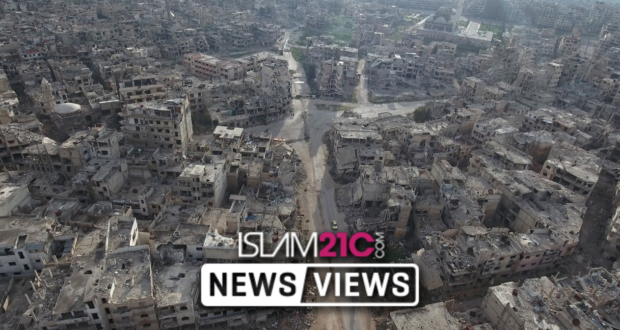 The Charity Commission has warned British charities that they may be falling foul of counter terrorism legislation if they continue to send aid to Syria via the Bab al-Hawa border crossing from Turkey into Syria.[1]

The regulator stated that Bab al-Hawa, which is the main artery of aid for Syrian refugees in the Idlib province, is under the control of Hayat Tahrir al-Sham (HTS) – a proscribed organisation. The Charity Commission advised that British charities must consider “suspending or stopping the movement of aid via Bab al-Hawa crossing”.

The Commission went further by encouraging any charity who had used the border crossing since September 2018 to report themselves to the counter terrorism police and the Commission.

However, for the past four years the United Nations (UN) has been using the same crossing, Bab al-Hawa, as the primary delivery route for humanitarian aid into Idlib, with an average of more than 200 aid trucks crossing the border each month. Only last month the UN listed the contentious border crossing as under the control of a “local administration entity.”

Quite what the Charity Commission expect British charities to do is unclear as, according to the UN, the other crossings into Idlib are either under the control of HTS or “national Islamists”. Bab al-Hawa, according to the UN at least, is the only viable route to serve the millions of refugees in Idlib.

However, some charity officials have expressed their concerns to the Middle East Eye that they are falling foul of the Commission’s questionable agenda. A former trustee of a British charity sending aid into Idlib said:

“The Commission are trying their best to stop charities from working in areas like Syria altogether. They use indirect tactics to discourage, to try and close charities down and put people off getting involved.” [2]

Scottish National Party (SNP) MP, Brendan O’Hara described Lady Stowell as the “insider’s insider” leading some commentators to question if the Charity Commission, under the leadership of a former Tory minister, is doing the government’s bidding to progress its proposed Counter-Terrorism and Security Bill.

The Bill would see the creation of a “designated areas” law, which leading aid organisations say would severely restrict their ability to respond to humanitarian crises in war zones.

Some commentators have suggested the UK aid agency (DFID) should get their own house in order first as they had also regularly used the Bab al-Hawa border crossing, with reports that HTS had been collecting taxes from aid trucks at the same time.

Indeed, Jeremy Corbyn’s Labour party last month urged the government to investigate whether any DFID aid had been diverted to HTS. If it transpires that this is the case, it would be interesting to note whether the agency refers itself to the authorities.

Idlib is seemingly the final refuge of millions of Syrian civilians, many of whom have fled other parts of Syria during the brutal Assad regime crackdown. An estimated two million people are reliant on aid, much of which comes from British Charities rooted in the Muslim community.

The Muslim community in the United Kingdom is celebrated as the most charitable in the country, donating 100 million in the month of Ramadān alone. Should British charities take fright from the Charity Commission warning, of which some commentators have questioned the legal basis, this would likely have a devastating effect on the humanitarian situation in Idlib, with civilians paying the heavy price compounded by the bitterly cold winter ahead.

Jan Egeland, head of the UN’s humanitarian task force for Syria, has described Idlib as “the largest cluster of refugee camps and displaced people in the world” and only in March of this year, whilst trying to raise billions for humanitarian aid said:

“All my energies currently and in the coming weeks are dedicated to averting a fresh humanitarian disaster.” [4]

“There is no levy on passing through the border (Bab al-Hawa) as an aid agency. We have never been charged. The only charges we have are truck driver and warehouse costs.” [5]

2018-12-12
Dr Izzadeen Chowdhury
Previous: #TakingPreventToCourt: All the latest updates
Next: Children Around the Prophet ﷺ