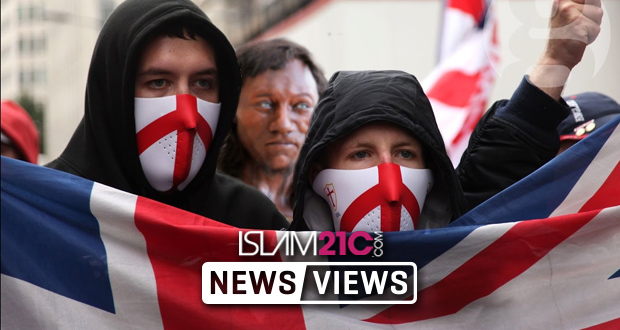 In what may make uncomfortable reading for Britain First and their ilk, scientists have reportedly discovered that the first Britons were apparently dark-skinned.[1]

Having conducted cutting edge DNA analysis of ‘Cheddar Man’—Britain’s oldest skeleton—scientists have concluded he was of dark skin, with curly hair and blue eyes. Cheddar Man’s fossil was found in a cave in Somerset in 1903.[2]

Yoan Diekmann, a computational biologist at University College London commented in the Guardian:

“The connection often drawn between Britishness and whiteness was ‘not an immutable truth. It has always changed and will change.’”

So, whilst white supremacists may today claim Great Britain exclusively as their own, white immigrants actually came to these green pastures many thousands of years after Cheddar Man and his dark-skinned community. Indeed, many white Europeans owe approximately 10% of their DNA to Cheddar Man and his Mesolithic hunters.[3]

In fact, scientists report that Cheddar Man  was probably of Middle Eastern origin having originally migrated from Africa.[4] It seems, then, that these hallowed fields were first walked on by what would today be described as Arab-African feet.

People were quick to inform the likes of Britain First’s Jadya Fransen and Paul Golding, or the ketamine-allergic Katie Hopkins,[5] of the discovery. Among the right-wing groups mocked copiously on social media was UKIP.[6]

UKIP’s leader, Henry Boulton was recently plunged into a scandal after his glamour model girlfriend was found to have sent racist texts mocking the ethnicity of Prince Harry’s fiancée, Meghan Markle.  The glamour model ex-girlfriend suggested that Meghan Markle’s blackness will “taint” the Royal Family with her “seed” and pave the way for a “black king” and “Muslim PM”[7].