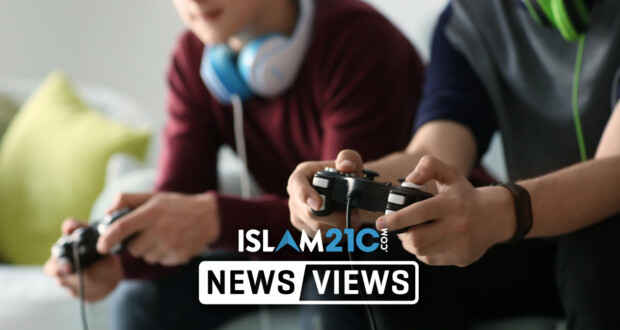 A damning study commissioned by GambleAware, one of the UK’s most influential gambling awareness organisations, has found a strong correlation between the use of ‘loot boxes’ in video games and the issue of problem gambling. [1]

A report by members of the Universities of Wolverhampton and Plymouth has found that in all but one of the 13 studies reviewed, a clear relationship exists between loot boxes and behaviours associated with problem gambling.

Loot boxes, which were originally created in the early 2000s, are consumable boxes that contain redeemable gameplay items and are found in countless games played by young children on smartphones, tablets, and computers. These virtual boxes – described as “structurally and psychologically akin” to gambling – are never guaranteed to contain anything, yet are offered in exchange for a monetary transaction. Players are enticed into spending real money in order to ‘unlock’ these boxes in a bid to further their prospects in the game.

“We are increasingly concerned that gambling is now part of everyday life for children and young people… GambleAware funded this research to highlight concerns around loot boxes and problem gambling, ahead of the upcoming Gambling Act review.” [1]

“It is now for politicians to review this research, as well as the evidence of other organisations, and decide what legislative and regulatory changes are needed to address these concerns.” [1]

Problem gambling, also termed degenerative gambling or ludomania, is the inability to cease gambling whilst being fully aware that negative consequences await, and/or having the desire to stop. Problem gambling has been directly linked to loot boxes, with a report by The Guardian stating that close to 40% of children who play video games make use of the addictive feature. [1]

The highly critical report has reignited demands for the Government to class loot boxes as gambling implements. The Government is currently in the process of reviewing the Gambling Act 2005, which was introduced as a backbone behind all future regulation of gambling in the UK. [2]

Nigel Huddleston, MP for Mid Worcestershire and Minister for Sport and Tourism, said in the Ministerial Foreword of the Government’s December 2020 policy paper introducing the review:

“…gambling has changed enormously in the last 15 years, with smartphones giving opportunities to gamble online almost anywhere and at any time … The Gambling Commission has broad powers to set and enforce licence conditions, but in recent years a number of high profile enforcement cases have raised concern that too many people are still experiencing significant harm. We want to look at whether our regulatory framework is effective and whether further protections are needed.” [3]

As recently as July 2020, the House of Lords Gambling Committee argued that the Government ought to “act immediately to bring loot boxes within the remit of gambling legislation and regulation”. [4]

With a Sky News report suggesting that the world loot box market is worth approximately £20bn, and the UK contribution being an eye-watering £700m, in-game features are a highly profitable aspect of numerous video games. These transactions are no doubt lining the pockets of app developers and creators at the great expense – not only monetarily, but also psychologically and mentally – of young children, who ought to be protected at all costs from the appalling and unregulated gambling features. [4]

While some European countries, including the Netherlands and Belgium, moved to ban the use of loot boxes in games in 2018 and 2019, the UK has yet to enforce such a stance. [5] Games such as Fortnite moved swiftly in removing loot boxes after Belgium and the Netherlands classed such features as illegal gambling, but there remain many games where loot boxes are as of yet unregulated in the UK.

EA Games were slapped with a legal ruling in October 2020 that permitted the Netherlands Gaming Authority to fine EA Games €500,000 weekly if it continued to sell loot boxes through FIFA Ultimate Team in its yearly FIFA game releases. [6] Unsurprisingly, despite being fined €10m, the American game company has appealed against the ruling, and is currently going through the Dutch legal system. [7]

In the particular case of EA Games, the Dutch action followed a 2019 remark by one of its vice presidents, whilst speaking to UK MPs, which unveiled their delusional view that loot boxes are comparable to Kinder Eggs.

“We do think the way that we have implemented these kinds of mechanics – and Fifa of course is our big one, our Fifa Ultimate Team and our packs – is actually quite ethical and quite fun, quite enjoyable to people…” [8]

The ongoing dilemma surrounding loot boxes was also raised by the NHS, which in January 2020 declared the game feature to be a tool in “setting kids up for addiction by teaching them to gamble.” The NHS has over 14 gambling clinics across the UK in order to tackle this virtual epidemic. In addition, Gambling Commission figures from early 2020 suggest that there are around 400,000 people in the UK with a serious gambling problem, over 55,000 of whom are children. [9]

In 2019, the Children’s Commissioner for England, Anne Longfield, shared the opinions of a number of young gamers who revealed a massive worry regarding loot boxes and whether children are in fact gambling.

“Children have told us they worry they are gambling when they buy loot boxes, and it’s clear some children are spending hundreds of pounds chasing their losses… I want the government to classify loot boxes in games like FIFA as a form of gambling. A maximum daily spend limit for children would also be reassuring for parents and children themselves.” [10]

“With 93% of children in the UK playing video games, it is vital that the enjoyment they get comes with tighter rules that protect them from straying into gambling.” [10] [11]

In a broader context surrounding in-game purchases, there have been dozens of shocking cases over the years. Young children have reportedly wiped their parents’ bank accounts by making purchases, with one example of four children spending nearly £550 in the span of three weeks, completely emptying their parents’ bank balance on a FIFA game, and the parents only realised when they later attempted to use their card at a store only for it to be rejected. [12]

The Islamic Council of Europe, a scholarly body that aims to help Muslims who are seeking to conduct their affairs in accordance with Islamic guidelines, commented:

“It is imperative that parents learn about the risks attached to the devices and apps they give their children access to. Gambling is a major sin in Islam, poisonous for the individual, family and society as a whole. If someone does not know if what they are involved with includes gambling (or any other harmful/prohibited matter) then the onus is on them to seek knowledge and clarity about it.”