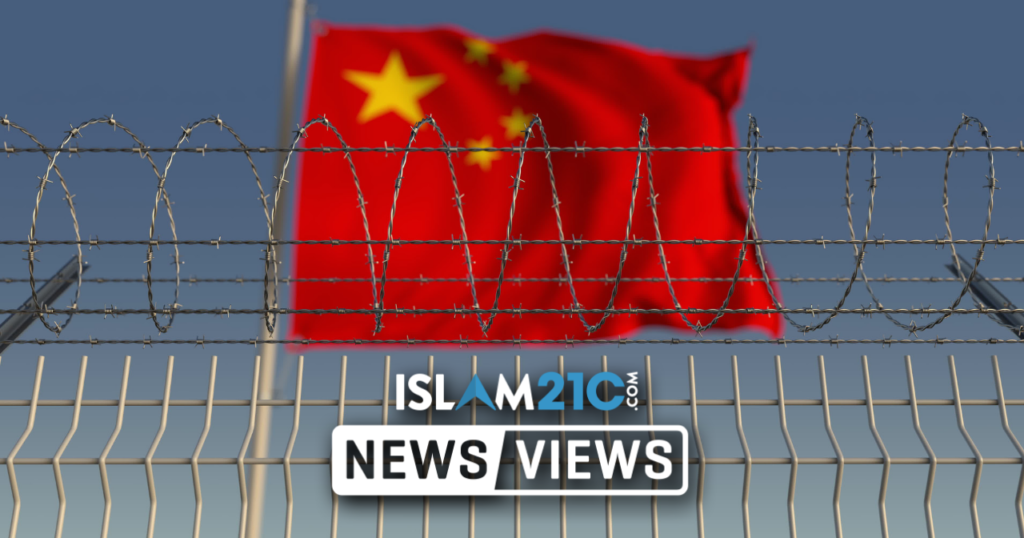 The so-called China Cables were obtained by the International Consortium of Investigative Journalists (ICIJ), a US-based donor-funded reporting outlet, and shared with 17 media partners for publication on Sunday.

The documents lift the lid on conditions for about a million members of the Muslim Uyghur community in the far western region who are thought to be detained without trial and forced to undergo indoctrination.

China’s government has repeatedly said the camps offer voluntary education and training to help stamp out so-called “Islamic extremism”. Beijing’s envoy to the UK told the BBC, one of the ICIJ’s media partners, that the documents were fake news.

The files “include a classified list of guidelines” approved by top Chinese officials for running camps and a “massive data collection and analysis system that uses artificial intelligence” to help round up suspect Xinjiang residents, said ICIJ reporter Bethany Allen-Ebrahimian.

“The documents detail explicit directives to arrest Uyghurs with foreign citizenship and to track Xinjiang Uyghurs living abroad, some of whom have been deported back to China by authoritarian governments.”

Earlier this month, another trove of Chinese government documents leaked to the New York Times daily revealed details about Beijing’s fears over religious extremism and its wholesale crackdown on Uyghurs.

This latest revelation is not new and forms part of a wide scale systemic repression and persecution of Uyghur Muslims. Several human rights organisations and experts have raised concerns surrounding the Chinese government’s actions against the minority community.

Speaking on condition of anonymity, the officer who oversees between 70 to 80 Uyghur families, Yengisar county said, “They stay with their paired relatives day and night”.

He added that “normally one or two people sleep in one bed, and if the weather is cold, three people sleep together”.

May Allāh (subḥānahu wa taʿālā) free all of our brothers and sisters from oppression, forgive our shortcomings and give us the tawfīq to get to work. Āmīn.