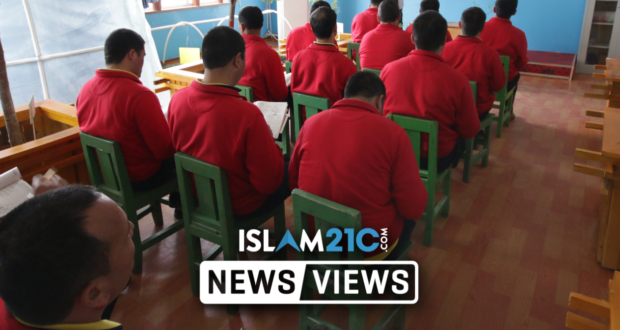 Several reports have suggested that Muslim women whose husbands have been detained in Chinese concentration camps are being forced to share beds with male government officials. These men have been appointed to closely monitor the homes of Uyghur Muslims.

Sources informed Radio Free Asia (RFA) that Communist party workers would frequently sleep alongside female members of the Uyghur community as part of surveillance visits which last up to a week.

This latest revelation is not new and forms part of a wide scale systemic repression and persecution of Uyghur Muslims. Several human rights organisations and experts have raised concerns surrounding the Chinese government’s actions against the minority community.

Speaking on condition of anonymity, the officer who oversees between 70 to 80 Uyghur families, Yengisar county said, “They stay with their paired relatives day and night”.

He added that “normally one or two people sleep in one bed, and if the weather is cold, three people sleep together”.

May Allāh (subḥānahu wa taʿālā) free all of our brothers and sisters from oppression, forgive our shortcomings and give us the tawfīq to get to work. Āmīn.