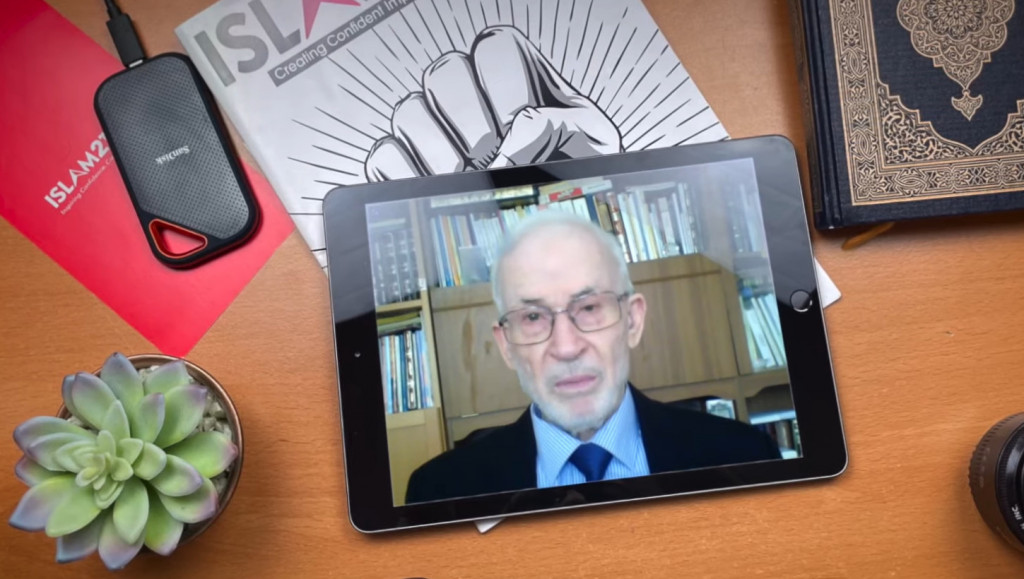 The Islam21c team would like to offer their heartfelt condolences to our brothers and sisters all across the world, at the passing of Shaykh Ibrahim Munir, who was the acting leader of one of the largest Muslim organisations in the world, the Muslim Brotherhood.

A statement released by the Brotherhood confirmed that Shaykh Munir (raḥimahu Allah) passed away at the age of 85 on the morning of Jumu’ah, at his home in London. He had been living in exile in the British capital following his departure from Egypt, despite persecution from one dictator after another. [1]

“Every soul will taste death. And you will only receive your full reward on the Day of Judgment. Whoever is spared from the Fire and is admitted into Paradise will indeed triumph, whereas the life of this world is no more than the delusion of enjoyment.” [2]

An inspiration for us all

In 2021, when Islam21c asked senior Muslims around the world what the Muslim Ummah can do to unite globally once again, Shaykh Ibrahim Munir gave these inspiring remarks:

A life dedicated to the cause of Islam

Born in the Egyptian city of Giza in 1937, Shaykh Munir was a key figure in the Muslim Brotherhood for many decades, being twice imprisoned for his activism in the 1950s and 60s.

Following his eventual release in 1975, he relocated to the United Kingdom in the early 1980s, wherein he applied for and was granted political asylum.

Spending the majority of the past forty years in exile, Shaykh Munir became the organisation’s acting leader following the arrests of Dr. Mohammed Badie in 2013, and his deputy, Mahmoud Ezzat, in 2020. [3]

Shortly after the military coup d’état that overthrew the first (and to date, last) democratically elected President of Egypt, Dr. Mohamed Morsi (raḥimahu Allah), Shaykh Munir became the de facto leader of the Muslim Brotherhood outside of Egypt, and as a result, was held in high regard by many.

“We reject the struggle for power”

Shaykh Munir participated in a candid interview with Reuters in July of 2022. In the interview, the Acting Leader of the Brotherhood explicitly rejected the notion that a violent struggle for political power would be waged against the incumbent al-Sisi regime. [4]

“We completely reject (violence) and we consider it outside the ideology of the Muslim Brotherhood – not only the use of violence and arms, but to have a struggle for power in Egypt in any form.

“We reject the struggle for power even if between political parties through elections organised by the state. This is totally rejected by us.” [4]

“The demise of the senior du’āt is a great loss to the entire Ummah. Why? This is because it is a loss of their accumulated experience in da’wah. And the new generations are in need of that experience. It is a loss for their wisdom, and the entire Ummah – now in these difficult days – is in need of their wisdom. It is also a loss for their barakah, as this is an essential element for success, because barakah is tawfīq from Allah (jalla wa a’lā).

And as Allah (jalla wa a’lā) said of a prophet who told his people,

It is also a loss of a unifying figure, because those who have that experience in da’wah, they normally unify the Ummah.

However, with this great loss, we have good thoughts about Allah (jalla wa a’lā), that He will give us the best compensation in the dunya and in the ākhirah; in the dunya, by providing us with leaders of wisdom, intelligence, and knowledge like those whom we lost, and also that He will give us the best reward in the dunya and ākhirah. However, we need to learn from the legacy of those great scholars – not just to feel sad that they have left us, without learning their legacy and in order to prepare a new leadership within the community.

It was a great loss to lose this great leader, Ibrahim Munir, raḥimahu Allahu ta āla. And may Allah give us sabr, and for his family, and friends.