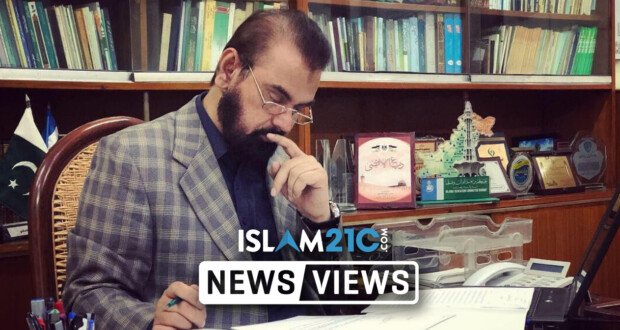 Condolences on the passing of Abdul Ghaffar Aziz, Deputy of Pakistan’s Jamaat-e-Islami

The Islam21c team would like to extend their sincerest condolences to the family of Abdul Ghaffar Aziz, the community, and the Muslim Ummah at large. May Allāh (subḥānahu wa taʿālā) have mercy on him.

The senior Muslim scholar, who was the vice-amīr and head of the foreign affairs department of Jamaat-e-Islami Pakistan, was one of the most prominent Islamic figures and political leaders in Pakistan.

The information secretary of Jamaat-e-Islami Pakistan broke the news on Twitter that Aziz had been battling cancer for the past year and passed to meet his Lord (subḥānahu wa taʿālā) at the age of 58 on Monday in Lahore. Aziz leaves behind a widow, two sons, and two daughters.

It is to inform you with extreme grief that Mr. Abdul Ghaffar Aziz has lost his battle against Cancer, left this world and returned to his Creator. Funeral will be offered at 1:30pm at Mansoorah.

It is to inform you with extreme grief that Mr. Abdul Ghaffar Aziz has lost his battle against Cancer, left this world and returned to his Creator. Funeral will be offered at 1:30pm at Mansoorah. #AbdulGhaffarAziz pic.twitter.com/aakBEIFJWI

“Wherever you are, death will overtake you, even if you are in lofty towers.”[1]

“Everyone shall taste death, and only on the Day of Resurrection shall you be paid your wages in full. Whoever is removed away from the Fire and admitted to Paradise, he is indeed successful. The life of this world is only the enjoyment of deception.”[2]

“Certainly, We shall test you with something of fear, hunger, loss of wealth, lives, and fruits. But give glad tidings to the patient – those who, when afflicted with calamity, say: from Allāh do we come, and to Him we shall return.”[3]

The efforts of the Sheikh are well-known and we trust that they will be his legacy and among his many good deeds that will stand for him after his death in shā Allāh.

Sheikh Dr. Haitham al-Haddad – who had the honour of meeting him during his visit to Pakistan last year – offers his condolences to his family, Jamaat-e-Islami, all Pakistanis, and the Muslim Ummah at large.

Political and influential leaders all over the world have also prayed for Abdul Ghaffar and sent their condolences to the family.

The Ameer of Jamaat-e-Islami in Bangladesh, Dr. Shafiqur Rahman, expressed his deep shock at the death of Abdul Ghaffar Aziz:

“Noted religious scholar and Arabic litterateur Abdul Ghaffar Aziz has played pivotal role in spreading and circulating the messages, teachings and sermons of Islam in the global arena along with his active participation in the Islamic movement of Pakistan. As the Assistant Secretary General of World Supreme Ulama Council, he also made some great efforts to unify religious scholars. He always raised his voice in favor of the oppressed people in different international platforms, seminars, meetings and gatherings. He had a strong communication network with the Islamic organizations of various countries. World’s Islamic movements, particularly the Islamic movement of Pakistan have lost a great leader at his demise. I am expressing my deep shock over his death.”

“May Allah accept all his noble deeds and services to bless him with Jannah. I am extending sympathy to his mournful family, relatives and his associates and colleagues both in Pakistan and elsewhere across the globe. May Allah help them all to hold patience.”[4] 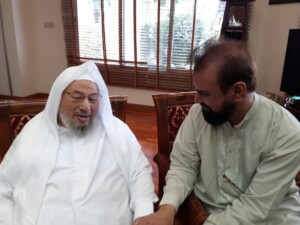 The Centre for Economic and Social Research (ESAM) in Turkey wrote:

“Abdul Ghaffar Aziz, one of the members of the International Union of Muslim Communities, Deputy Chairman of the Pakistani Community for Foreign Affairs, has passed away. We wish mercy from God Almighty and our condolences to his relatives and the Jamaat-e-Islam community.”[5]