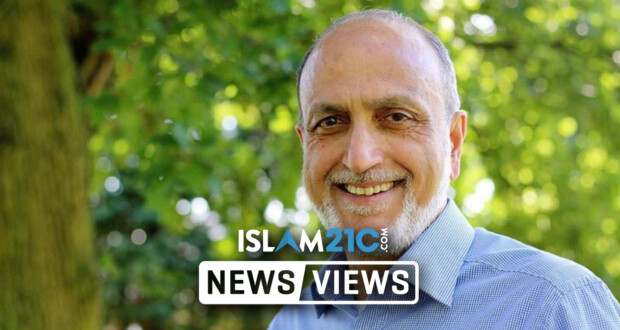 Condolences on the passing of Professor Ataullah Siddiqui

It is with deep sadness that we inform our readers that Professor Ataullah Siddiqui has passed away to meet his Lord (subḥānahu wa taʿālā) after losing his battle with cancer. May Allāh have mercy upon him.

To God we belong and to God we shall all return.

Prof Ataullah Siddiqui, academic scholar, who served various educational institutions in the UK, including the Markfield Institute of Higher Education (MIHE) for nearly 40 years has sadly passed away. pic.twitter.com/eVltzGwYSr

“Everyone shall taste death, and only on the Day of Resurrection shall you be paid your wages in full. Whoever is removed away from the Fire and admitted to Paradise, he is indeed successful. The life of this world is only the enjoyment of deception.” [2]

Ataullah Siddiqui was a leading figure in multi-faith dialogue, a Professor of Christian-Muslim relations, and a world authority as an academic critic of the field. He established the Markfield Institute of Education, of which he was also Director from 2001 to 2008.[3]

After earning his BA and PhD from the University of Birmingham, Prof Siddiqui was a founder, President, and Vice Chair of the Christian Muslim Forum in England, as well as a founding member of the Leicester Council of Faiths.[4]

Prof Siddiqui was a visiting professor at the University of Gloucestershire and a visiting fellow at York St. John’s University.

Throughout his academic career, Prof Siddiqui supervised many PhDs, and his books were taught in many universities. He was the author of the 2007 report commissioned by the UK government entitled Islam at Universities in England: Meeting the Needs and Investing in the Future, the third of its kind to be tabled in Parliament.[5]

One of his students marvelled at Prof Siddiqui’s remarkable life, saying “the list is too long to praise him” but recalled his “outstanding humility” and love for the Prophet Muhammad (sall Allāhu ‘alayhi wa sallam), noting how Prof Siddiqui would read the Sīrah of the Prophet and ponder over it every day.

At the Markfield Institute, Prof Siddiqui was the course director of the Certificate in Muslim Chaplaincy, further developing the concept and career pathway for many Muslims in chaplaincy.

The Islam21c team would like to extend their sincerest condolences to the family of Professor Ataullah Siddiqui and the entire Ummah. His role and efforts are well-known and we trust that it will be his legacy and among his many good deeds that will stand for him after his death inshāAllāh.

Some of his inspiring quotes shared by his students can be found below:

“I am not afraid to move onto the next life and I am prepared to meet my Lord. Live your life with ambition; nothing will overcome your motive.”

“The power of the pen must not be underestimated. If you have a thought and it causes you to ponder, then just write it down. You will not regret it.”

“Keep on writing. Be critical but respectful. Do not feel empowered by the knowledge you hold but the value of wisdom through its dissemination.”[6]

Many of his colleagues and students have been paying their respects.

“He has been working at the Islamic Foundation and then the Markfield Institute for almost 40 years. He made great contributions to both of these organisations. He has many students in the UK and overseas. Everyone knew him as a good scholar and teacher and who worked tirelessly to support students in their studies. He will be greatly missed.”

إنا لله وإنا إليه راجعون
To God we belong and to Him we shall return.

My dear brother Ataullah Siddiqui passed away this morning. He has been so instrumental in my intellectual and spiritual education pic.twitter.com/qVW1ihcNGN

This is a great loss of Professor Ataullah Siddiqui. I worked with him very closely during the past 3 yrs to find him a very credible, scholarly, patient, insightful, caring, very respectful to women, humble and extremely hardworking man. He was my real mentor for 3 yrs. Very sad https://t.co/jktv3ALHqG

Dr Ataullah Siddiqui was a gentleman in the true sense of the word: kind, compassionate, considerate, who never had a bad word to say about anyone. He was the UK Muslim community's leading scholar on Islam and Christian-Muslim relations. 1/ https://t.co/W8BVjpoxeR

2020-11-09
Hamza Saleem
Previous: Nationwide Campaign: In Their Shoes
Next: Anatomy of a House Muslim