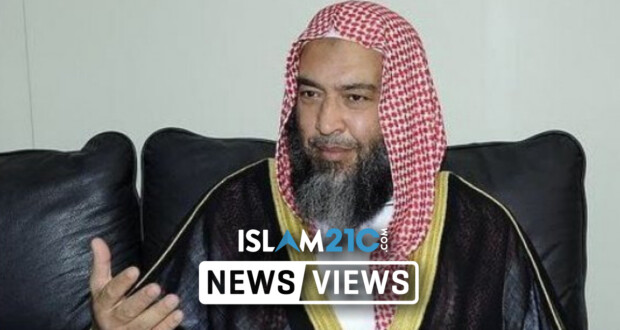 Condolences on the passing of Sheikh Ali Hasan Al-Halabi

It is with deep sadness that we inform our readers that Sheikh Ali Hasan Al-Halabi has passed to meet his Lord (subḥānahu wa taʿālā) due to complications from COVID-19. May Allāh have mercy upon him.

“Everyone shall taste death, and only on the Day of Resurrection shall you be paid your wages in full. Whoever is removed away from the Fire and admitted to Paradise, he is indeed successful. The life of this world is only the enjoyment of deception.” [2]

Sheikh Ali bin Hassan Al-Halabi was from the senior students of Sheikh Nasiruddin al-Albani, a defender of the Sunnah and its people, and an exceptional scholar of Hadith.

May Allah widen his grave and forgive him of any shortcomings, آمين. pic.twitter.com/1EtNF5pg32

Shaykh Abu Usamah At-Thahabi – who was very close to the Sheikh – recalled one of the most important lessons that he learned from him over the years is not to be a practitioner of ghulū as it relates to personalities (or in all aspects of life).

Sheikh Yahya Ibrahim expressed his pain and sorrow at the departure of his teacher whom he began studying with 28 years ago as a teenager:

“After meeting the Sheikh and benefiting from what he was teaching for a few days in one of his earliest visits to North America, I fell in love with the simplicity of how he taught complex concepts. I asked if I could travel with him to the other cities he would visit in Canada & the USA. For eight days I watched him and saw that he was living the call he was preaching, wa Allāhu a’lam. He was watching me, incidentally.”

“He would invite me to assist him with translation for informal Q&As. I had finished memorising 4 or 5 Juz’ and wanted to understand what I was reading. Although I was in grade 9 or 10, the Sheikh pushed me to learn, translate, and teach.”

“Year after year he would cultivate me and give me greater confidence in myself by seating me next to him to translate all around the English-speaking world.”

“He is one of the five most influential people in my journey of knowledge and practice.”

“I can tell you about his 150 books, hundreds of research papers, and thousands of hours of lectures, but I remember him for things that are far more important than that.”

“How he turned to the truth from wherever and whomever presented it; how he spoke truth to religious structures of power; how he counselled enemies with sincerity and truth although in my mind and heart they were unworthy; how he forgave injustice and persisted in compassion to the end; how he allowed a youngster like me to speak freely without censorship.”

“I studied with Sheikh Ali a number of texts in ‘Aqīdah, Fiqh, and Mu’āmalāt, Alhamdulillāh. But the greatest lessons were not in the words he conveyed, but through the life I saw him live as we travelled and stayed together.”

2020-11-17
Hamza Saleem
Previous: How to Unite Despite Differences
Next: Report: US military buys personal data of popular Muslim apps 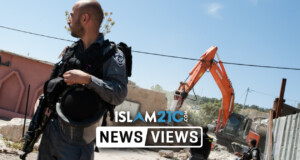 Israel detains 40 students after attending rally in support of Palestinian family, whose home was razed