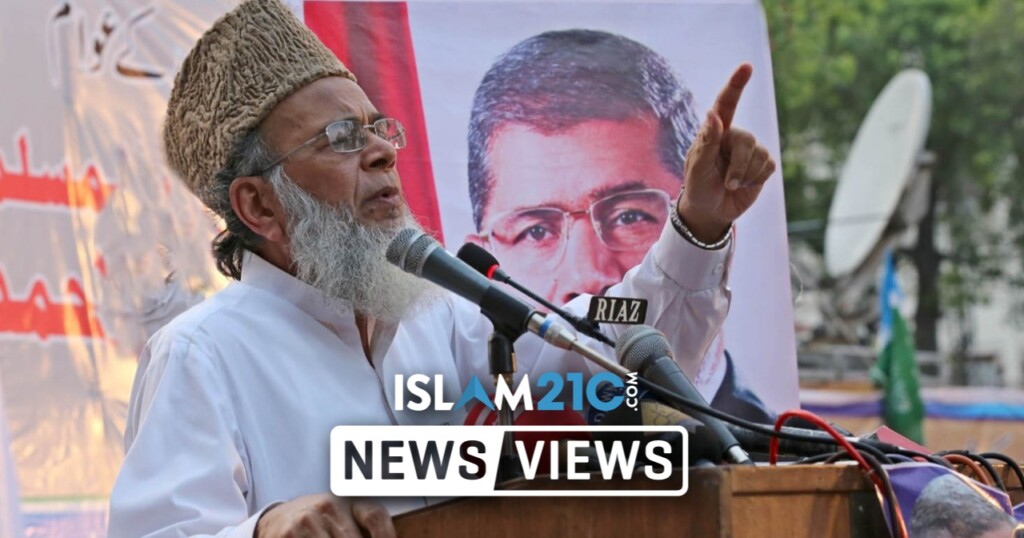 The Islam21c team would like to extend their sincerest condolences to the family of Syed Munawar Hasan, the community, and the Muslim Ummah at large. May Allāh (subḥānahu wa taʿālā) have mercy on him.

The senior Muslim scholar and former chief of Jamaat-e-Islami Pakistan was one of the most prominent Islamic figures and political leaders in Pakistan.

He had been undergoing treatment in hospital for the past few weeks and passed to meet his Lord (subḥānahu wa taʿālā) at the age of 78 on Friday in the southern port city of Karachi.

“And certainly, We shall test you with something of fear, hunger, loss of wealth, lives and fruits, but give glad tidings to the patient; those who when afflicted with calamity say: from Allāh do we come, and to Him we shall return.” [3]

The efforts of the Sheikh are well-known and we trust that they will be his legacy and among his many good deeds that will stand for him after his death inshāAllāh.

Grieved to learn about the passing away of former Amir of Jamat-i-Islami Syed Munawar Hassan. His services to Pakistan and commitment to Islam were unwavering. May Allah rest his soul in peace! My deepest condolences to the bereaved family & the JI workers.

Who was Syed Munawar Hasan?

During his decades of service, the Sheikh served on several key political and leadership roles, dedicating his life for the service, promotion, and protection of Islam.

In 1960, Munawar Hasan joined the Islami Jamiat Talaba, the student wing of Jamaat-e-Islami, an organisation that is considered to be one of the major Islamic movements in Pakistan.

Jamaat-e-Islami is an Islamic political party based in Pakistan and founded in colonial India in 1941 by Syed Abul A’lā Mawdūdī, a renowned Islamic jurist, historian, journalist, activist, and scholar.

The party continues to be one of the most substantial and effective movements in Pakistan as a result of Munawar Hasan’s powerful political and leadership direction, gathering the support of millions of Pakistanis.

Munawar Hasan served as the president of the student wing for Karachi University in 1962 and as the national president for the student organisation in 1964 for three consecutive terms.

Munawar Hasan would later become the secretary general of Jamaat-e-Islami in 1993, and was elected as the head of the party in 2009.