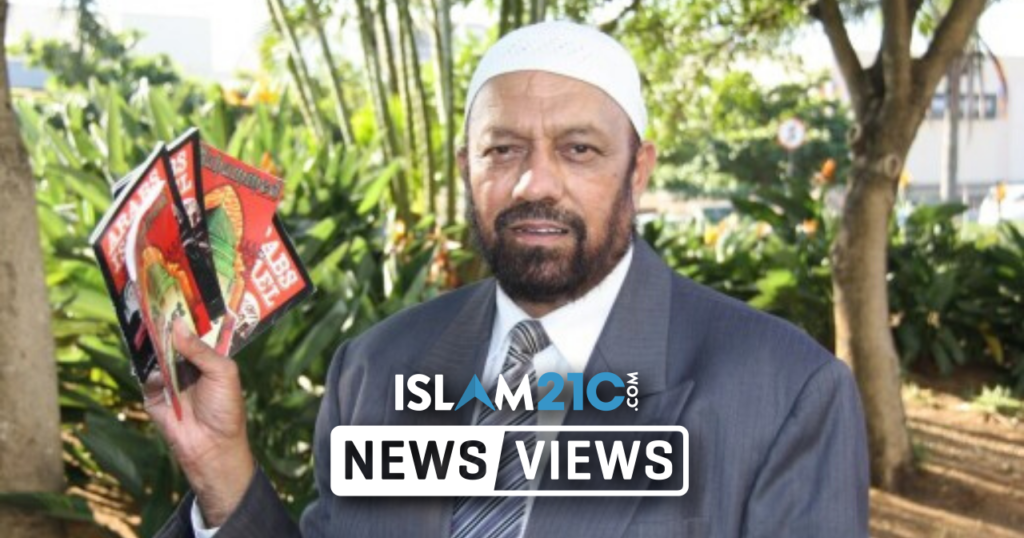 It is with deep sadness that we inform our readers that Yousuf Deedat, son of the late Ahmed Deedat (raḥimahu Allāhu), has passed to meet his Lord (subḥānahu wa taʿālā), after succumbing to his injuries following a gunshot to his head earlier this week. May Allāh have mercy upon him.

Death is a certainty of life, indeed life itself is a test; man shall die and be questioned. It is in this sense that Allāh informs humans by way of counsel and encouragement that it is only the believers who are successful, those who avoid the fire and secure admittance into paradise. When a believer dies it is a time of great tragedy and loss for the community, but those who submit to the will of Allāh pay heed to what has been revealed,

“And certainly, We shall test you with something of fear, hunger, loss of wealth, lives and fruits, but give glad tidings to the patient; those who when afflicted with calamity, say: from Allāh do we come, and to Him we shall return.” [3]

Yousuf Deedat, a well-known Durban activist was shot in the head outside the Verulam Family Court on Wednesday 15th January 2020, having made his way there to defend himself in a case scheduled this morning.

Members of Reaction Unit South Africa (RUSA) dispatched a team to the court precinct at about 8:30am after they received multiple calls from the public reporting the shooting. On arrival the victim, Yousuf Ahmed Deedat, was found lying on the pavement after having sustained a single gunshot wound to his head.

According to witnesses, Deedat was walking towards the court when he was approached by an Indian male who drew a firearm and shot him once before fleeing the vicinity on foot. A Security Officer who witnessed the incident pursued the suspect, but the unknown gunman fled the scene and remains at large.

The victim was then immediately airlifted to hospital where he was treated and stabilised by Doctors. However, his injuries proved significant and on Friday 17th January, he passed away at St Anne’s hosputal in KwaZulu-Natal. [4]

“His family and friends were at his bedside when he passed away peacefully. The family conveys their heartfelt gratitude for the support they recieved from family, friends and the community. May his soul rest in peace.”