#FREEPALESTINE
Home / News / Coronavirus: Everything you need to know 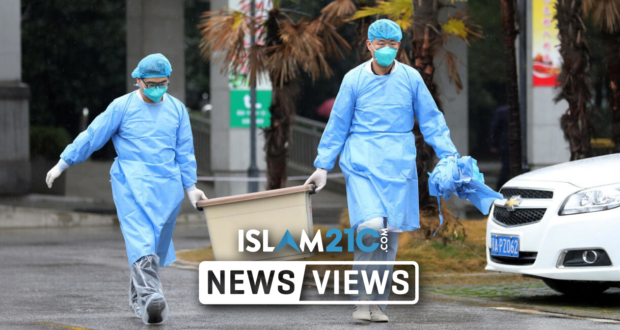 Coronavirus: Everything you need to know

The viral outbreak of a novel coronavirus continues to grip China. The World Health Organisation (WHO) has stated that the virus, temporarily named 2019-nCov, has spread to all but one province in China.

Traced back to the city of Wuhan in China’s Hubei Province, the virus has caused over 2000 cases of infection and 56 reported deaths, as of 26th January. It is thought that the virus originated from the Wuhan fish and wildlife trade industry, although the cause and origin of the virus has not yet been confirmed.

Though not an established mega-city like Shanghai or Beijing, Wuhan still boasts a population of 8.9 million, which has allowed the virus to spread rapidly within the city and into neighbouring areas within Hubei.[1]

Wuhan’s Mayor, Zhou Xianwang, has informed reporters that he expects another 1000 cases within the city in the coming days. The Mayor stated that the city is stepping up its immense efforts to build specialised hospitals to deal with the huge numbers of patients.

The outbreak has gripped Chinese government officials and has forced a nationwide crackdown on the sale of wildlife. Severe restrictions on travel within China and abroad have been set in an attempt to contain and limit the spread of the virus.

This will prove to be a difficult task. Experts have determined that the new virus is contagious in its incubation period, where a human may be carrying the virus but does not show any symptoms.[2] The incubation period for 2019-nCov is estimated to be up to 14 days.

Without any symptoms, the carrier can be unaware for up to two weeks and still be capable of spreading the virus. This makes the virus incredibly difficult to contain. China’s National Commission Minister, Ma Xiaowei, noted that “the virus’ ability to spread seems to be getting somewhat stronger.”[3]

The virus itself is a new variant within the family of coronavirus, which are generally limited in their effect to animals rather than humans. However, the common cold is a member of the family which has a widespread effect on humans.

It is also important to note that people with SARS were only contagious after symptoms appeared and were not capable of spreading the virus during the incubation period.

This new virus causes a respiratory infection with symptoms starting with a dry cough and fever, developing into breathlessness and chest pain. In severe cases, the virus can lead to the onset of viral pneumonia, kidney failure, and eventually death. There is currently no identified vaccine or cure.

As of Sunday 26th January, 56 people have been tested for the virus in the UK, although all tests have been confirmed as negative. The UK Home Secretary, Priti Patel, has suggested that the UK government is seriously considering airlifting around 200 British citizens currently trapped in Wuhan.[4]

In its assessment on 22nd January, Public Health England set the risk level within the UK to low (raised from very low), although Heathrow Airport has set up screening stations to check for symptoms in passengers arriving on direct flights from Wuhan.[5] These flights will land in an isolated area of Heathrow Terminal 4.

This comes after three confirmed cases in France and the United States and one case in Canada. The spread of the virus beyond China is most concerning at a regional level with South Korea, Japan, Taiwan, Vietnam, Singapore, Malaysia, Thailand, Nepal, and Australia all confirming cases.

The WHO, in its most recent situation report dated on the 24th January, has refrained from declaring a global public health emergency.[6] Instead, it has noted that the risk of infection by 2019-nCov, although very high in China, remains moderate at a global level.

2020-01-27
News Editor
Previous: Your Family and Prayer
Next: The Revolution is Still Alive