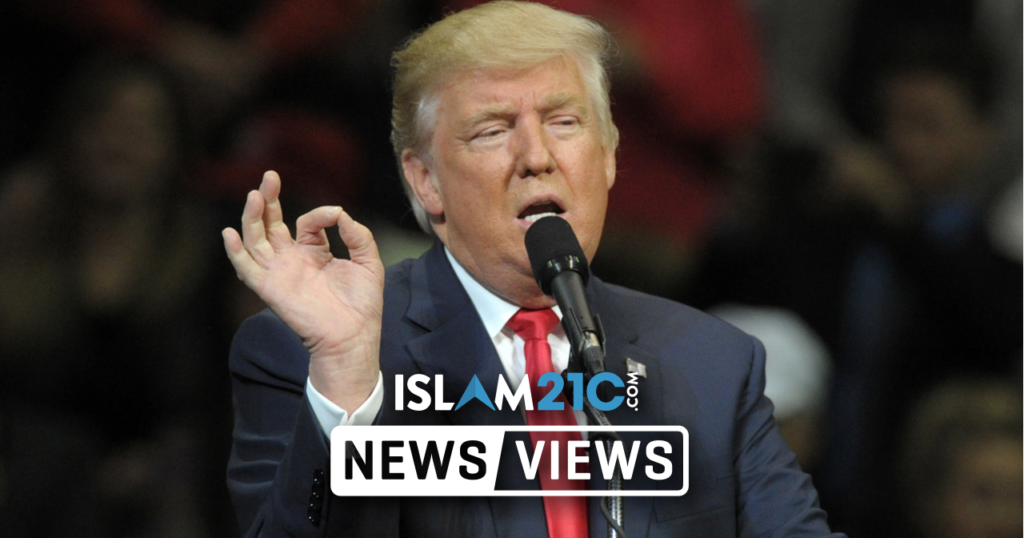 Donald Trump has been widely condemned for his latest instruction, ordering his administration to suspend funding to the World Health Organization (WHO) over its handling of the pandemic.

COVID-19 was declared a global emergency by WHO on January 30th 2020 but others have remarked at the premature and facetious responses from Trump who “compared the virus to a flu until March.”

Speaking at a White House news conference, he said the WHO had “failed in its basic duty and it must be held accountable”.[1] He was referring to the promotion of “disinformation” involving China that likely led to the spread of the pandemic today, which could have otherwise been prevented.

“The WHO pushed China’s misinformation about the virus. It would have been so easy to be truthful and so much death has been caused by their mistakes.”[2]

Although he added that the US would continue to engage with the WHO for the common goal of “meaningful reforms”, Trump himself has had his fair share of critics over the course of the outbreak, with the US now reporting over 600,000 cases of coronavirus, the highest in the world.

The announcement comes after weeks of escalating attacks on the UN health agency by Trump. The ongoing public feud has helped to divert attention of his own mishaps and downplaying of the outbreak.

The “hold” on funding will continue while the US reviews the WHO’s warnings about the virus and China.

United Nations Secretary, General Antonio Guterres, released a statement urging for the continuation of funds any organisation fighting the pandemic.

“Now is the time for unity and for the international community to work together in solidarity to stop this virus and its shattering consequences.”

Prior to his recent announcement, WHO Director-General Tedros Adhanom Ghebreyesus said last week that it was not the time for such rhetoric.

Speaking at a press briefing in Geneva last week, he said:

“The focus of all political parties should be to save their people. Please don’t politicise this virus.”

Dr Nahid Bhadelia, an infectious diseases specialist and the medical director of the Special Pathogens Unit at Boston University, shared her concerns on Trump’s supposed “feud” with the WHO, calling the withdrawal of funding an “absolute disaster”.

Cutting 15% (US Contribution) of WHO budget during the biggest projected pandemic of the last century is an absolute disaster. @WHO is a global technical partner, the platform through which sovereign countries share data/technology, our eyes on the global scope of this pandemic.

Kai Kupferschmidt, a correspondant for Science Magazine, analogised Trump’s downplaying the outbreak and ultimately his decision to financially paralyse the WHO from funds that would have helped fight the coronavirus. The US is currently the largest contributor to the WHO budget, providing $400 million in 2019.[3]

This is like suspending firefighters while they are trying to save your house from the flames, pending a review of whether the trucks arrived later than they should. The world needs to focus on fighting #covid19 not each other and it needs @WHO to do that. https://t.co/rI4rVkzADT

Dr Amesh Adalja, an infectious disease expert and senior scholar at the Johns Hopkins of the Center for Health Security, said:

American Medical Association President Patrice Harris called it “a dangerous step in the wrong direction that will not make defeating COVID-19 easier” and urged Trump to reconsider.

Chair Leslie Dach, who served as the global Ebola coordinator for the US Department of Health and Human Services, said:

“This is nothing more than a transparent attempt by President Trump to distract from his history downplaying the severity of the coronavirus crisis and his administration’s failure to prepare our nation.”

“To be sure, the World Health Organization is not without fault but it is beyond irresponsible to cut its funding at the height of a global pandemic. This move will undoubtedly make Americans less safe.”

“This virus doesn’t need passports. In a few short months it has travelled to all of the continents of the world except Antarctica. If there were ever an event that showed us how we need to work tougher as a global community, this is it.”

Democratic representative Eliot Engel piled on the pressure to Trump and his administration:

“With each passing day of this worsening crisis, the president is showing us his political playbook: Blame the WHO, blame China, blame his political opponents, blame his predecessors – do whatever it takes to deflect from the fact that his administration mismanaged this crisis and it’s now costing thousands of American lives.”

“At a time like this when we need to be sharing information and we need to have advice we can rely on; the WHO has provided that. We will continue to support it and continue to make our contributions.”