Are you ready for our first ever NATIONAL CAMPAIGN?
Home / News / Coronavirus: UK schools to close until further notice from Friday 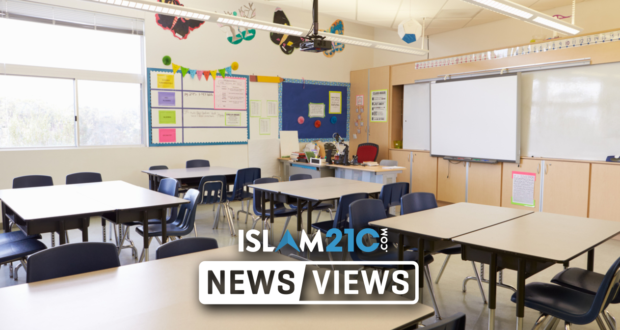 Coronavirus: UK schools to close until further notice from Friday

After much reluctancy, Prime Minister Boris Johnson has announced that schools will close this Friday until further notice to prevent the spread of the coronavirus, with the exception of the children of key workers, including NHS staff.

The Prime Minister explained that in order for public health services to continue operating, schools will need to remain open for children of NHS staff and also for the most vulnerable pupils.

“The scientific advice shows that these settings are safe for this small number of children to continue attending.”

“But asking others to stay away will just go towards helping us slow the spread of this virus.”

“Examples of these key workers include NHS staff, police and delivery drivers who need to be able to go to work.”

“Vulnerable children include those who have a social worker and those with educational health and care plans.”

The Prime Minister said that children should not be left with grandparents or older relatives, who are more vulnerable to the virus, although this will not be the case for everyone.

“Not every school [will be] providing the service for key workers and the vulnerable.” [1]

Earlier today, schools in Scotland and Wales said they would close by the end of the week.

He added that as a result of this, exams in May and June will not take place as planned. However, the Prime Minister promised that children scheduled to sit crucial exams for their academic careers will get the qualifications they need.

Mr Williamson said that the number of cases of the virus is increasing at a greater rate than had initially been anticipated, and therefore the measures taken “will save people’s lives.”

The news has been welcomed by the UK’s National Education Union (NEU), which has said that the cancellation of the exams “offers some degree of reassurance to teachers, their students and parents.”

“It is better for this to take place in an ordered way than the chaotic pattern of closures that was developing.”

Furthermore, the number of deaths in the UK reached 104 after a further 32 people had died in England, where a majority of deaths have been in the UK.

In response, the Government plans to deploy 25,000 tests daily in order to confirm who has the virus, isolating and possibly treating those who test positive. This is more than double the number of tests currently being carried out.

The Prime Minister further reiterated that everyone must follow social distancing advice to protect themselves and their loved ones.

The decision to close schools will help to “flatten the curve” in the number of cases, though its impact is far less than other measures such as remaining at home for seven days if you develop symptoms, and 14 days if someone in your household develops symptoms.

For now, the new decisions and measures introduced are “to apply further downward pressure” on the rising numbers of cases.

2020-03-18
Hamza Saleem
Previous: Parents braced for nationwide school closures as coronavirus cases increase
Next: Coronavirus: Britain’s call to arms against an unseen enemy – but it isn’t terrorism this time