Despite ceasefire with Turkey, Russia acts with impunity in murdering dozens in Syria 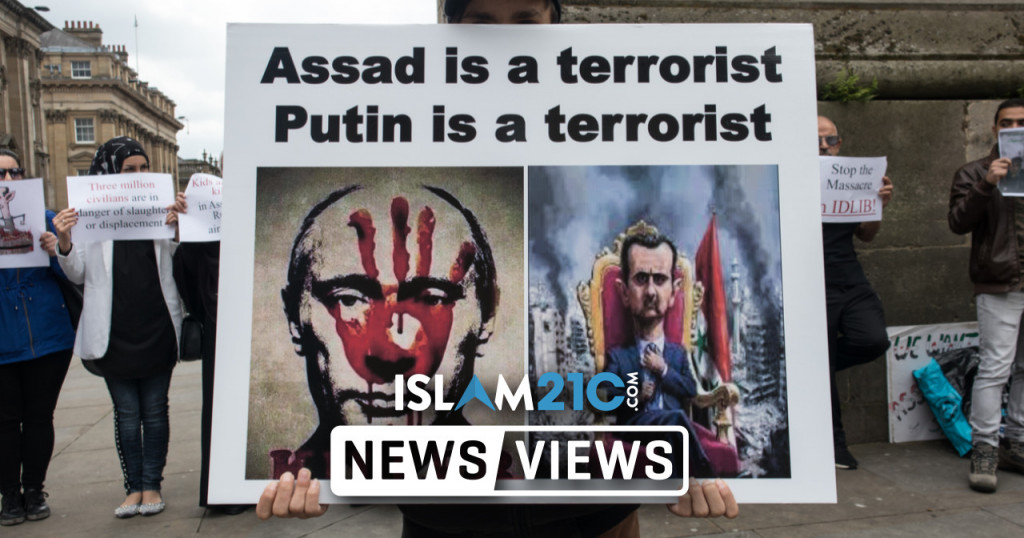 Russia’s military continues to violate the terms of a truce deal that it signed with Turkey in 2020. Despite giving assurances that it will cease hostilities, Russia has been responsible for coordinating numerous aerial attacks since June in the northwestern Syrian city of Idlib. The attacks have caused a number of civilian deaths, with a large proportion of casualties being children. Last Saturday, an entire family was killed due to the Russian military’s bombardment of the oft-targeted Jabal al-Zawiya region, which is situated in Idlib. [1]

The mountainous region of Jabal al-Zawiya has made headlines ever since the Syrian Civil War commenced ten years ago. It was reported by the London-based Syrian Observatory for Human Rights that in mid-December 2011 – the year the Syrian Civil War began – forces loyal to dictator Bashar al-Assad had committed an “organised massacre” of at least 111 people living in the region. Another organisation, the Local Co-ordination Committees, put the second day’s death toll at 100. The area has continued to be targeted heavily in the ensuing years. [2]

On July 3 there were at least eight civilian deaths, with six of those casualties being children. In addition, 16 individuals were wounded due to the bombardment of different parts of Jabal al-Zawiya. [3]

Moreover, there was the shocking case of Omar Muhammad Khair al-Omar’s family. Al-Omar, a volunteer with the White Helmets, lost two of his daughters after Russian forces bombed his home twice, in what appeared to be an intentional attack. It seems to be the case that the Russians intended to eliminate the entire family by carrying out the double strike. Al-Omar’s daughters, who were at the ages of 7 and 14, succumbed to their injuries at the scene of the attacks.

“I lost two angels who filled my house with love and tenderness…During my work with the White Helmets, I saved many lives from death, but death this time was faster than me. It kidnapped my daughters.” [1]

He further shed light on the tense moments just prior to the shelling, by providing the following details:

“At six o’clock I heard the sound of a shell being fired, and I waited to see where it would fall. After three seconds, I felt that something had fallen inside the house, and a split second later my house exploded, and stones started falling on my head. I rushed to take my wife and child who were with me out of the house, and I came back to search for my daughters in the dust, as I could hardly see in front of me.

“We started looking for my little daughter Noor, but we couldn’t find her. We heard the observatory say that another shell was fired towards the area, so we ran away from the house, and the shell fell again on my house. We came back shortly to look for my daughter Noor and found her lying on the ground near the house.” [1]

On the other side of the fence, the United States has also engaged in recent air raids, targeting militias in not only Syria but also neighbouring Iraq. The US military has said that it struck operational and weapons facilities just two weeks ago. The Syrian Observatory for Human Rights reported that at least five fighters had been killed, with a number of other casualties also recorded. [4]

Pentagon Press Secretary John Kirby explained the rationale of the recent attacks with the following statement:

“The United States took necessary, appropriate, and deliberate action designed to limit the risk of escalation – but also to send a clear and unambiguous deterrent message.” [4]

After a decade long civil war which has led to over half a million deaths and the displacement of a further 6.5 million Syrians, the conflict shows no signs of abating. The brutal dictator Assad continues to crush dissent in the aim of retaking Idlib, one of the last remaining anti-government strongholds. [5]

In the past few days, fears had been expressed that unless the UN Security Council voted immediately in favour of keeping the last of Syria’s four aid crossings open, the country would witness a “catastrophe”. In the past, Russia had successfully made use of its veto power as a permanent member of the Council to close the other three crossings. It is welcome news, however, that the Council unanimously voted on July 9 “to extend the UN cross-border aid operation in northwest Syria for another 12 months, providing a lifeline for more than 3.4 million people in need, including some one million children”. [6] [7]

“However, needs continue to outstrip the response. As the Secretary-General has highlighted to the Council, with additional crossings and expanded funding, the United Nations could do more to help the rising number of people in need.” [7]