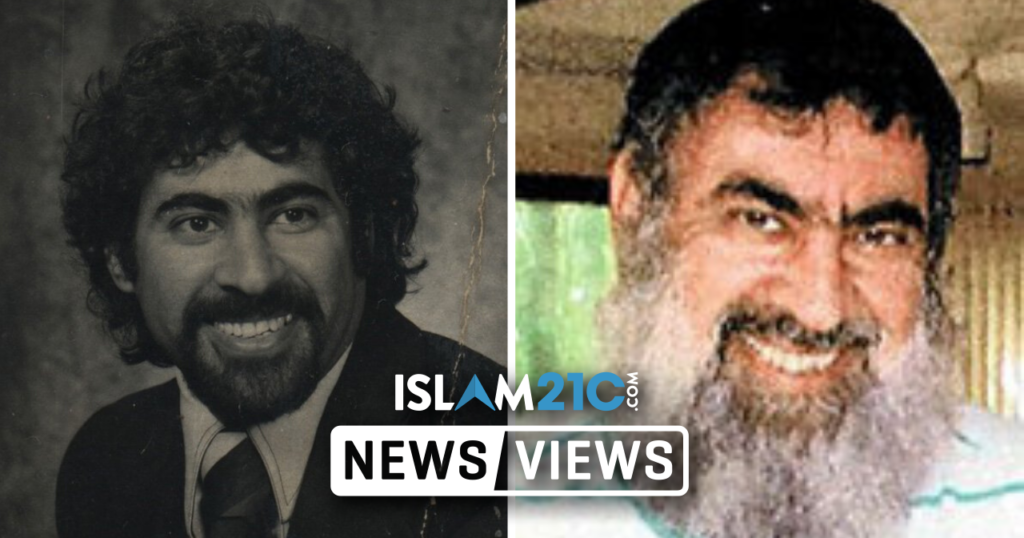 Sheikh Dr Rafil Dhafir has been released from the Allenwood federal prison in central Pennsylvania, United States. He was released after spending more than 17 years in prison for sending money to Iraq through his charity ‘Help the Needy’.[1]

Dr Dhafir is an American Iraqi-born physician and philanthropist who has worked internationally with Doctors Without Borders, an international, independent medical humanitarian organisation. He has been imprisoned since his arrest in 2003, around the time of the brutal second U.S. invasion of Iraq.

Dr Dhafir was accused of violating the Iraqi sanctions by sending money for charity as well as several other allegations termed by commentators as dubious and fabricated.

He was quickly labelled as a so-called “suspected terrorist” by both the Attorney General John Ashcroft and New York State Governor Pataki, although the federal government did not pursue these accusations.[2]

Dr Dhafir was not due to be paroled from his 22-year sentence until November 2021. However, following his release on the morning of Friday 15th May, he will now complete that term at his home near Syracuse, New York.

Dr Dhafir, who has now been a US citizen for 40 years, set up his charity in 1993 to help children in Iraq suffering under sanctions imposed by the US and the UN. Millions of Iraqi children died as a result of the sanctions, according to independent estimates.[3]

According to Dr Dhafir’s supporters, his intentions of charity work were honourable and he had instead been singled out by the US authorities for daring to disobey US sanctions.

In comments to the court in 2005, Dr Dhafir said that prosecutors used “lies and misrepresentations” in order to build several other allegations and cases against him such as fraud and tax evasion when it could not link him to terrorism.

Dr Dhafir, who has insisted that he is innocent and that the charges against him are politically motivated, said:

“It is my belief that my incarceration was, is and will always, be political.”

Prosecutors portrayed the physician as a liar whilst the then-US Attorney General and Governor of New York depicted him as a terrorist and had publicly accused him of funding terrorists. However no terrorism charges were ever filed against Dr Dhafir. In fact, almost two years later at his trial, prosecutors successfully petitioned the judge to bar any mention of terrorism during the trial.

Seven government agencies reportedly investigated Dr Dhafir and his charity. They had apparently intercepted his mail, email, faxes, and telephone calls. They also bugged his office, hotel rooms, went through his trash, and carried out physical surveillance. However, they were unable to find any evidence and nor any links to terrorism and as a result no charges of terrorism were ever brought against him.

“Firstly, we thank Allāh for Dr Rafil Dhafir’s release and we send our congratulations to his family. Justice is not served in this dunya, especially in certain countries known for their oppression. Full justice will, however, be served in the ākhira and no transgression will be forgotten. Every oppressor will receive the punishment of his oppression.”

Dr Dhafir, who is now 71 years old and has a compromised immune system, has been transferred between several notorious prisons and was faced with inhumane and unjust treatment.

During his time in incarceration, Dr Dhafir had all of his communication from the outside world closely monitored, placed in solitary confinement with no hearing and no charges, subjected to lockdown in total darkness and near-freezing temperatures without added blankets, all whilst his health continued to deteriorate.

The September 11 attacks on the United States, which have been used as a pretext by the US to carry out many injustices, became an era of immense stress and trauma for Muslims. A well-orchestrated Islamophobic movement has demonised Muslims and the Muslim world at large.

Since those attacks, the US government raided and closed down six major Muslim charities and many more smaller ones, accusing them of supporting terrorism. However, in all of the cases, prosecutors failed to produce any form of evidence to show that the charities were funding terrorism.

Despite facing such injustice, Dr Dhafir would redirect any questions about his own feelings. In an interview carried out just before being sentenced in 2005, he said:

“Why are we still staying away from the real issue? The real issue is the thousands and thousands of people who died in Iraq…The children in Iraq: that’s what you and I should be talking about. That’s what you and I should be weeping about…My anger, if there is any, is for those Iraqi children and those cancer patients who did not need to suffer.”

May Allāh (subḥānahu wa taʿālā) hasten the release of all of those held unjustly by oppressive regimes. May He bring them justice in the Dunya and Ākhira, āmīn.