WHAT MONTH IS THIS?
Home / News / Downing Street: Parents in England and Wales may be fined if they do not send their children to school 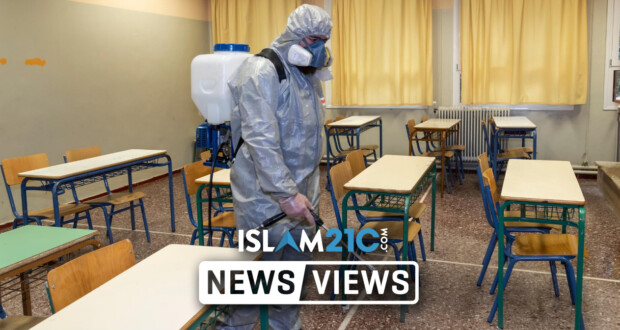 Downing Street: Parents in England and Wales may be fined if they do not send their children to school

The Education Secretary Gavin Williamson has warned parents that they could be fined if they do not send their children back to school without “good reason”, as “every school will be open in September”.

Williamson’s latest warning comes after the grading ‘fiasco’ and following the Government’s U-turn on A-levels and GCSEs. The government has been told by trade unions and senior MPs that Williamson’s is unfit to oversee the safe return of pupils in England as parents and teachers increasingly lose faith in him.

The Schools Minister Nick Gibb said: ‘We live in a country where education is compulsory and I think parents can be reassured that the measures that schools are taking to make sure that we minimise the risk of the transmission of the virus are very effective.” Gibb further added that “fines for non-attendance have always been a last resort for headteachers in school.”

Schools have been preparing for the return of students and have formulated safety measures such as ‘bubble zones’, installing more hand basins and sanitisers, and pupils having their own designated equipment.

Headteachers will be able to reassure parents that the measures in place will make it completely safe for children to return back to school. However, if parents feel unsafe due to their own health or their children’s safety and do not send their children to school, they will most likely be hit with a fine. This is especially true for young children who may find it difficult to adhere to social distancing throughout the day.

The fines for unauthorised absence are £60, which rise to £120 if there is a delay in the payment. In some extreme cases this can lead to fines of up to £2,500 as well as three months’ imprisonment. It has been suggested that there will be no change to the system in light of the pandemic.

Headteachers have however signalled they will resist orders to fine parents who do not send their children back to school, as such penalties would be “counterproductive”.

Unions representing headteachers have made it clear that they will be telling their members not to issue fines. The General Secretary of the National Association of Head Teachers (NAHT), Paul Whiteman, said:

“We think fines will be counterproductive now. Where families have deep concerns about coming back, we hope that through engaging with schools, their fears are allayed.”

“Talking about fines now is unhelpful. They have always been there and have always been used sparingly. Members cannot say don’t use them but they are more motivated by cooperation rather than coercion.”

The Government has said that safety measures have been made and that all students should be back in school. Geoff Barton, General Secretary of the Association of School and College Leaders, said that ministers “must show a greater understanding of the realities of the situation. There will be many frightened and anxious parents out there, and this is very much a case of building confidence that it is safe to return, rather than forcing the issue through the use of fines.”

Criticism has been levelled at the Government for their lack of competency. The Shadow Education Secretary, Kate Green, has accused the Government of being ‘asleep at the wheel’ and ‘missing in action’, saying that the “guidance given to school is one-size-fits-all, it doesn’t take account of the fact that a small school, perhaps in constrained premises, will have to make different arrangements from a large inner-city school.”

Green criticised the Government’s handling of the situation as “there hasn’t been information for school leaders, so that they can’t plan what they might have to do if there was a sudden spike in the local infection rate and the guidance that has come out…it’s been contradictory.”

Williamson has said that a detailed plan on how the Government will bring all children back to school for the autumn term will be set out by the end of this week. However, children are starting school as early as next week. Is this sufficient time for schools to make all the necessary changes and to create an environment where both children and parents feel safe?

2020-08-25
Sana Mahmood
Previous: When NOT to give your Islamic reminders
Next: Abbasid era: Gold coins from 9th century discovered