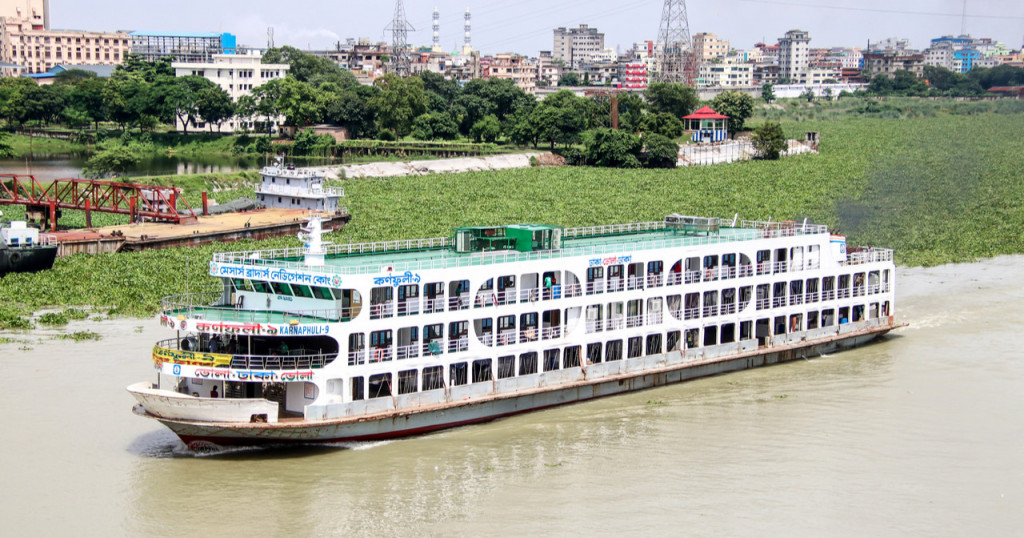 At least 41 people have died in an inferno that ripped through a three-storey ferry in the middle of the night on Friday. The reportedly overcrowded vessel had been making passage along the Sugandha River, which is located in southern Bangladesh. The MV Avijan-10 is believed to have caught on fire after an accident occurred in the engine room at approximately 03:00. The Daily Star reports that at 03:50 some fifteen firefighting units were dispatched to the scene, with the blaze being brought under control by 05:20. Of the dozens killed, many jumped into the water and others remained onboard, as they could not swim. The MV Avijan-10 blaze is sadly the latest in a string of watercraft-related tragedies in recent years in Bangladesh. The atrocity has brought renewed attention to the poor health and safety practices found in the South Asian Muslim-majority nation. [1]

The Bangladeshi paper The Daily Star reports that a suspected fault in the engines was the cause of the Friday night inferno. There have been suggestions that at least one of the engines installed on the vessel was larger than approved, and thus failed to meet safety regulations. It is thought that this engine was running at full throttle and consequently overheated, causing the devastating fire which killed and injured scores of passengers. There now only remains a haunting charred shell of the original vessel, as it lays anchored off the coast of the Sugandha River. An investigation into the incident’s exact cause is ongoing. [2]

“We were sleeping on a mat on the ground floor deck…My nine-year-old grandson, Nayeem, was with me, he jumped into the river. I don’t know what happened to him.” [3]

Another woman, who had been travelling with her father, sister, and 6-month-old nephew, said the baby had gone missing.

In a blistering attack on crewmembers and the ferry’s owners, The Daily Star ran a piece entitled Launch Fire on Sugandha River: Everything they did was wrong. Investigators have released preliminary findings, which point to the unauthorised engine being overworked, with crewmembers allegedly abandoning the boat whilst it was left to drift downstream for more than half an hour. On Saturday, a mass ṣalāh al-janāzah (funeral prayer) was carried out at the Eidgah ground near Circuit House, Barguna. Both the identified and unidentified bodies were thereafter buried in a Potkakhali graveyard. [2]

As the paper points out in the damning article, the owner of the vessel – Hanjalal Sheikh – had recently replaced two of the government-approved engines for bigger and more powerful substitutes. Investigators have reported that the ferry’s structure was modified in order to make room for the engines. Furthermore, all of these changes were carried out without the permission of the Bangladesh Shipping Department’s chief engineer, thus constituting standalone punishable offences without even considering the deaths and injuries of the hundreds onboard. Mostafa Miah, a senior crewmember of the Sundarban-13 vessel, accompanied probe members during their investigation. He expressed his view that only one of the engines was running on the night of the inferno, with a lack of lubrication causing the said engine to overheat. The local police chief Moinul Islam informed AFP that the body count may yet rise, as a number of people jumped overboard and the whereabouts of all passengers have not been accounted for. [2]

In June 2020, over 30 people were killed when two ferries collided in the Buriganga River, which is located near the capital city of Dhaka. Amongst the dead were three children. Rescue officials revealed that the smaller of the two ferries – called the Morning Bird – capsized when a larger vessel struck it. The bigger of the two ferries then left the area. [4]

Reporting for the BBC, Akbar Hossain suggested that the Friday tragedy as well as others “stem from a failure of enforcement”. Hossain further noted that “operators are rarely punished and so defective ferries continue to carry hundreds of passengers every day”. [3]

“Nearly 30% of Bangladesh’s 170 million people commute through river routes. But they are mostly poor Bangladeshis, and the government has not made it a priority to tackle lax safety standards. Ferry disasters are so common that there is little international outcry to pressure them, and it is widely believed that the ferry owners are politically powerful. The result is hundreds of poorer Bangladeshis risking their lives just to make it to work.” [3]