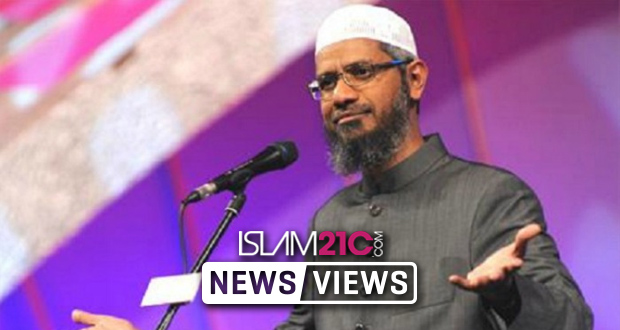 Dr Zakir Naik has been vindicated by Interpol in its refusal to issue a Red Notice against him at the request of India’s right-wing, Hindu nationalist government.

Back in November 2016, media outlets in India reported that the National Investigation Agency (NIA) had requested Interpol to issue a Red Notice against the international comparative religion expert, Dr Zakir Naik. This followed a series of unsubstantiated accusations against Dr Naik from media outlets and from far-right Hindu nationalist politicians, which many—including Hindu scholars—labelled an “Islamophobic campaign”.[1]

Dr Naik is well known globally for his expertise in the knowledge of multiple religions and calling people to Islam using various methods including proving the foundations of the Islam through non-Islamic scriptures.

He was behind the worldwide TV network, Peace TV, which provided platforms for various Muslim scholars and orators around the globe to deliver video content aimed at Muslim and non-Muslim audiences.

Dr Zakir Naik confirmed the cancellation of Interpol’s Red Notice in a personalised video message posted on social media. He began his video message by praising Allāh SWT for the relief he has at the receipt of this news. He further added that:

“I would’ve been much more relieved if my own Indian Government and Indian agencies gave me justice, and cleared me of all the false charges.”

He expressed hope that the false charges against him will be removed in India as well. However, the media outlets in India have insisted that NIA will “file a fresh request” to Interpol for another Red Notice to be issued to Dr Naik.[2]

Dr Naik concluded his video message with a profound verse from the Qur’an:

And say, “Truth has come, and falsehood has departed. Indeed is falsehood [by nature], ever bound to depart.”[3]

A spokesperson for Dr Naik said, according to Outlook India:[4]

“Interpol has cancelled red corner notice on Naik and instructed its worldwide offices to delete all data from files on him, have cited political and religious bias among other reasons.”

In a similar incident, earlier in September of this year, Interpol had removed from its wanted list Shaykh Yusuf al-Qardawi, one of the most prominent Islamic scholars in the Middle East, according to the Arab Organisation for Human Rights (AOHR). In that case also, Interpol had “discovered” that the accusations against the 91-year old amounted to little more than the “political crimes” of speaking out against the dictatorial regime in Egypt.[5]