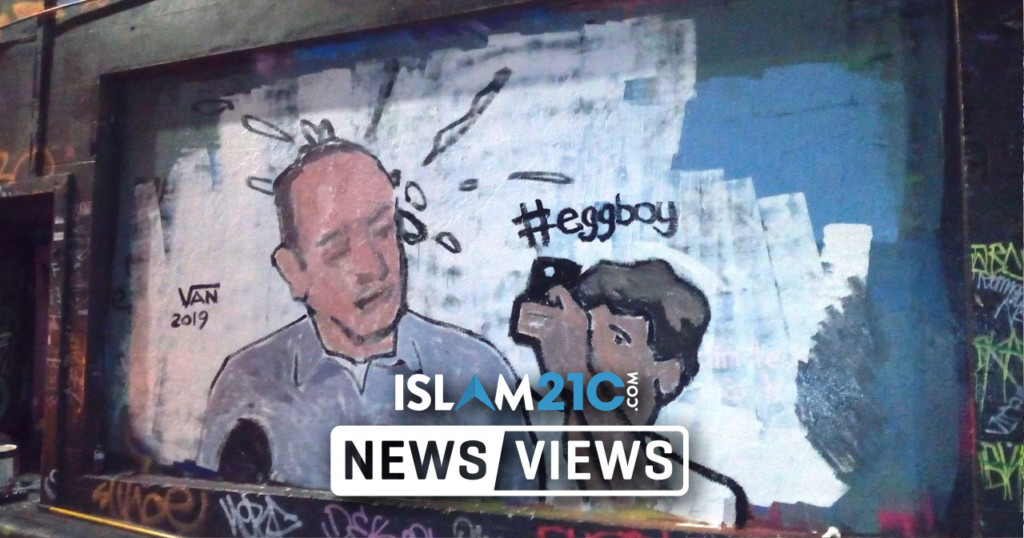 Will Connolly, now infamously known as “Egg Boy”, has become an instant hero following his rather sticky attack on the Australian politician, Fraser Anning. The incident came after the “fascist” politician sparked outrage in a statement he released, essentially blaming immigration for the New Zealand attacks, in the aftermath of the Mosque massacre.

Read the full statement below: 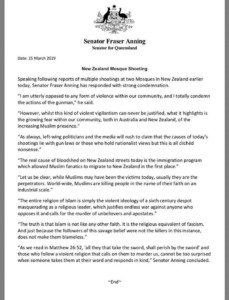 The comments have been met with proportionate rage from Muslims and Non-Muslims alike with many taking to social media to express their unapologetic refutations.

“Those views have no place in Australia, let alone the Australian Parliament.” [1]

New Zealand Prime Minister, Jacinda Ardern, who has been a beacon of hope for many in this time of uncertainty for Muslims, has also annulled his words.

When asked by a journalist what she thought of the comments, she simply replied:

But a 17-year-old Will Connolly from Melbourne, went a step further and in a brave act, considering the obvious consequences, hit a raw egg on the far-right politician’s head. Anning retaliated and can be seen punching the teen twice in the face before the boy was viciously tackled to the ground.

Watch the ordeal unfold below:

The attack came a day after the Christchurch attacks, at a time where the families were mourning the death of their loved ones, and Muslims all over the world were questioning their safety in the places where they congregate the most, their places of worship.

The video which has since gone viral has left Anning with more haters after punching the boy, with many calling for him to be tried with “full force of the law”.

Will was arrested at the scene and released with “the incident being actively investigated by Victoria Police in its entirety,” [3] and his lawyer has confirmed that Will will not be pressing charges against Anning.

Since then, a GoFundMe page was set up to cover legal fees and ‘more eggs’ and at the time of writing, the page had received over $70,000 in just 4 days.

Though Will now has strict instructions to limit his social media usage, the page creator has been in contact with Will and his family and has since confirmed what he plans to do with the money.

“EggBoi (Will) plans to send a majority of the money to the victims of the Christchurch terrorist attack.” [4]

In a moment of defiance, Will Connolly acted against one of the tyrants this incident exposed, albeit a powerful one, in the wake of the shocking events that unfolded on that day. The lack of sympathy in his vile comments justifying the act of unprecedented violence, simply because Muslims were on the receiving end this time, left many Muslims feeling threatened, but an egg and a teenager turned that around.

For every one Fraser Anning that exists, there is not just one Will Connolly, rather, there are one million. People who have shown their support, paid their respects, offered their services, given gifts and flowers, and welcomed Muslims with open arms to remind them they are not alone.

Despite all the press attention, and the inevitable media onslaught he will receive as his name is mentioned again and again, let his tweet following his actions, continue to restore your faith in humanity. 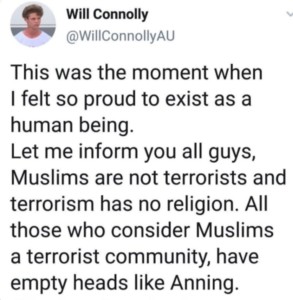 May Allah guide him. Amin