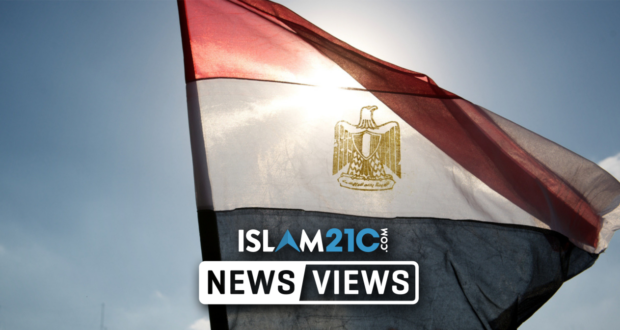 The Egyptian Revolutionary Council (ERC) has called for an independent third-party investigation into the death of Egypt’s first democratically elected president, Mohamed Morsi, who passed away in court on Monday.

The ERC also accused Western governments of hypocrisy for supporting and aiding the military regime of Abdel Fatah el-Sisi, who overthrew Morsi’s democratically elected government in 2013, whilst remaining silent over the mass human rights abuses committed by el-Sisi in the years since the military coup.

“The ERC notes in contrast how Western governments, despite the rhetoric of standing for the values and principles of democracy, chose to back a murderous military regime that came to power on the back of murder, torture, and rape, for the sake of narrow self-interests.” [1]

The council said in a press statement:

“The ERC calls on all human rights organisations and all Western governments to pressure the military regime in Egypt to accept an independent third-party investigation into his death, which we maintain was a result of a premeditated policy by the military regime.” [1]

The organisation, which represents an array of Egyptian opposition movements in exile, said that ultimately all dictatorships will come to an end and that the Egyptian people will hold to account those responsible for the ensuing oppression and will judge the West on their hypocrisy and their lack of action in supporting Egyptian democracy and those who opposed tyranny.

“President Morsi chose to sacrifice his freedom and ultimately his life, in defence of the democratic rights of the Egyptian people to control their own destiny, by standing up to the military coup and refusing to step down to bestow legitimacy on a military coup.” [1]

The ERC added that there could be “no truer statement of belief in democracy than such a noble and selfless sacrifice.” [1]

President Morsi became Egypt’s first democratically-elected leader when he was elected in 2012 and was ousted in a military coup by then Chief of Staff General Abdel Fatah el-Sisi in 2013. Following the military coup, Morsi, alongside senior officials of the Muslim Brotherhood, was arrested on charges that many call politically motivated in ‘kangaroo courts’.

Along with thousands of others, President Morsi was put into solitary confinement and was denied much needed medical assistance as his health rapidly deteriorated over the years. He was charged with a list of crimes, including leaking state information to Qatar, cooperating with Hamas and allowing the Palestinian resistance movement into Egypt. President Morsi had denied all these charges, stating them to be false.

Since the 2013 military coup, the regime has cracked down on all channels of legal dissent and opposition, arresting many supporters of Morsi, the Muslim Brotherhood, and those who are simply against the coup, with many more being killed. The regime has systemically tortured many political prisoners and has denied them the right to fair representation and a fair trial.