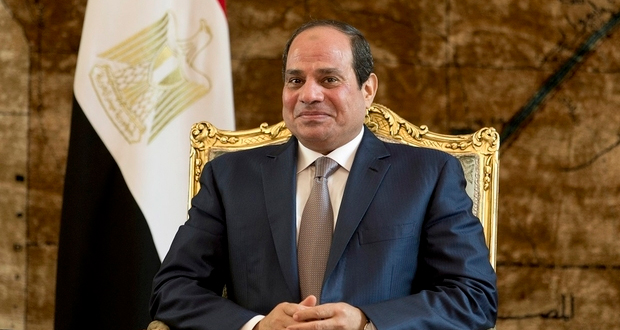 Abdel Fattah el-Sisi, Egypt’s self-imposed president has attracted trending mockery over a televised address in which he criticised the poorest in Egypt for complaining about the rising costs of services.

During a presentation by Minister of Transport and Communications Hisham Arafat, Sisi repeatedly interjected before complaining: “the citizen that complains from rising transport ticket prices saying ‘I am incapable’… I am too overwhelmed and incapable.”[1] Sisi made this admission during the opening of a number of developmental projects in Qena. Critics reused the statement that detractors levelled at Morsi “if you are incapable of carrying this weight [of presidency], do not carry it.”

In the opening event, Sisi complained of the overwhelming debts from “Korea, France and here and there” added that investments were more worthy of sitting in a bank where they can accumulate up to 20% interest than to invest billions in infrastructure.

This ‘guilt-tripping’ of Egypt’s poorest citizens, many of whom “consider themselves lucky” to live in a graveyard,[2] and 22 million of whom live under the poverty line,[3] is part of a line of remarks ordering Egyptians to spend less, have fewer children and eat less. The speech came only a few weeks after Sisi was pictured with his wife, Entissar Amer covered in expensive and flamboyant jewellery on March’s International Woman’s Day.

Social media shared and commented on the uncanny photographs, recalling that Sisi had sworn he “lived for 10 years with nothing but water” in his fridge.[4] Director of Presidential Initiative 2018, Hala Banna pointed out that the jacket worn by Entissar Amer alone, made by Chanel, was worth around $7,000, whilst the total cost of the diamond jewellery made by Chopard and Cartier is worth at least $750,000 dollars.[5]

In 2014, and in response to an economy in freefall since the military coup against the democratically elected president Morsi, Sisi launched an unmonitored bank account dubbed ‘Tahya Misr’ (Long Live Egypt) in an attempt to gather state funds from citizens’ donations,[6] as opposed to a fund to support the poorest.

Since Sisi usurped power in the military coup d’état, imprisoning Mohammad Morsi, thousands of citizens and effectively the entirety of the Muslim Brotherhood’s leadership, the economy has been in freefall. The Egyptian pound has lost a staggering 50% of its value and inflation has hit a seven-year high of over 15%.[7] This is despite the Gulf flooding the coup administration with cash and annual US military aid of $1.3 billion.