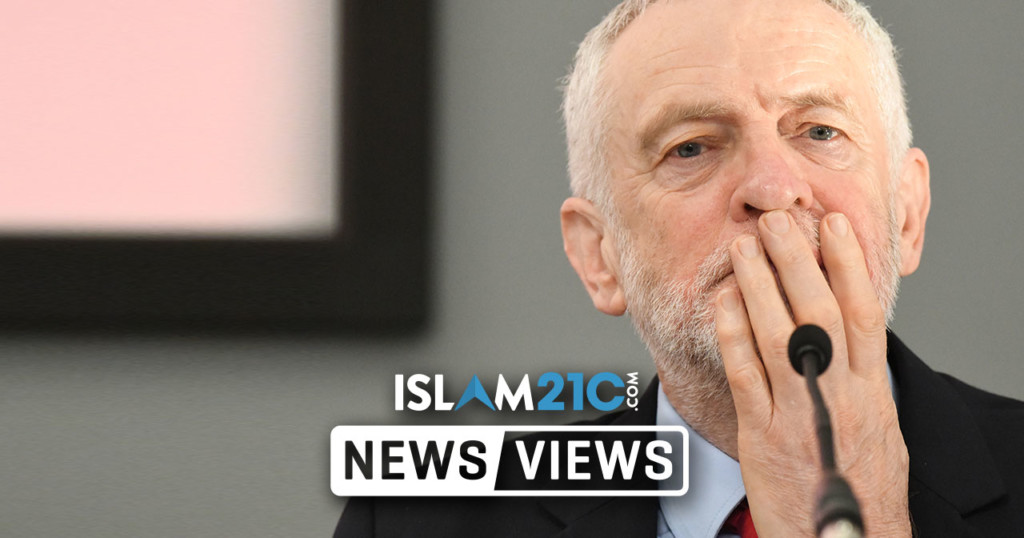 Eight MPs of the UK’s main opposition Labour party have resigned and will form a new “centrist” party, in a sign of protest to Jeremy Corbyn and his allies, whom they accuse of leading the party to the left.

During a press conference on Monday Chuka Umunna, Luciana Berger, Chris Leslie, Angela Smith, Mike Gapes, Gavin Shuker and Ann Coffey announced their resignations, saying that Labour had been “hijacked by the machine politics of the hard left.” [1] On Wednesday Joan Ryan became the latest MP from Labour to resign and join the Independent Group.

“I have become embarrassed and ashamed to represent the Labour Party…I  am leaving behind a culture of bullying, bigotry and intimidation,” [1] said Berger, who also accused the party of being antisemitic.

The rebel MPs also announced they would be forming a new political party called the Independent Group that would be in the centre of the political spectrum and would hold talks with other MPs from the other main parties to try and convince them to join.

“Our aim is to pursue policies that are evidence-based, not led by ideology, taking a long-term perspective to the challenges of the 21st century in the national interest, rather than locked in the old politics of the 20th century in the party’s interests,” [2] the group said in a press release.

“As an Independent group we aim to recognise the value of healthy debate, show tolerance towards different opinions and seek to reach across outdated divides and build consensus to tackle Britain’s problems,” [2] it added.

Leading the seven MPs is Chuka Umunna, who disagrees with Corbyn’s approach to Brexit and is one of the leading MPs who is calling for a second referendum on the UK’s membership with the EU.

“If you want an alternative please help us build it” [1] Umunna said during the conference. “Politics is broken. It doesn’t have to be this way” [1] he added.

The resignations are an example of the contentious divisions that exist over Brexit within the Labour party and the rising discontent with Corbyn’s “lacklustre” and transparent approach in either negotiating a better deal or declaring his support for a people’s vote.

Corbyn said that he was disappointed to hear of the resignations and that the “group felt unable to continue to work together for the Labour policies that inspired millions at the last election and saw us increase our vote by the largest share since 1945.” [1]

“Now more than ever is the time to bring people together to build a better future for us all,” [1] Corbyn added.

The resignations mark a significant split in the history of British politics since the ’Gang of Four’ senior Labour MPs quit to form the Social Democratic Party in 1981.

The rebel MPs have been accused by many of having undermined Corbyn and his policies for a number of years, policies that aim to bring millions out of poverty, redistribute wealth and reduce inequality.

“What unites them is opposition to Labour’s policies on public ownership, higher taxes on the rich and tuition fees,” [3] said Owen Jones, a journalist and supporter of Jeremy Corbyn.

Angela Smith, one of the seven who resigned citing institutional racism within the party, faced a backlash and criticism after referring to people from the Black, Asian and Minority Ethnic (BAME) as a having a “funny tinge”. [4]

Furthermore, the well-known racist and right-wing commentator Katie Hopkins praised the rebel MPs who split from the party and endorsed the formation of the new Group, a decision that drew surprise and humour across social media.

Many of the MPs who resigned are accused of being ‘Blairites’ and are in favour of the privatisation of basic amenities such as water and electricity and representing the “old politics of the 1990s”.[5]

Following the resignations of eight Labour MPs, three MPs from the Conservative party resigned and joined the Independent Group, bringing to total number of legislators who have joined the newly formed organisation to 11—just one MP short of what the Liberal Democrats currently have.

Anna Soubry, Heidi Allen and Sarah Wollaston quit the Tory party, citing the Brexit chaos that has consumed the party and the country and Theresa May’s capitulation to Eurosceptic and hard right-wing elements of the party [6].

The Tory resignations will leave the government significantly weakened and with an even smaller majority in parliament, making it difficult for Theresa May to command a majority and secure support for her Brexit agreement.