Eight months in prison for a slap; nine months for murder 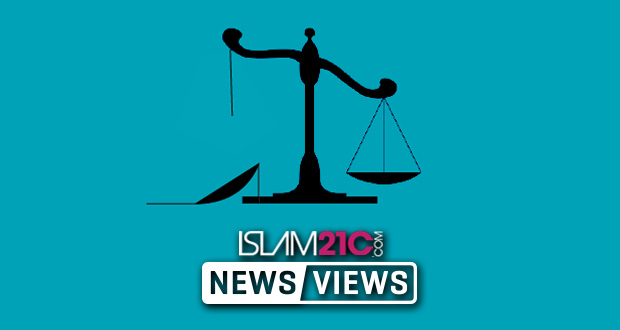 Within a matter of days, Israeli military courts have displayed their blatant hypocrisy to the world once again; sentencing a Palestinian teenage protester for a harmless slap to 8 months imprisonment, while freeing the killer of a wounded Palestinian after just 9 months.

Earlier this week, it was announced that IDF soldier Elor Azaria will be freed early for “good behaviour”, serving 9 months of his 14-month term.[1] Mr Azaria was caught on video shooting dead an injured Palestinian, Abdul Fatah al-Sharif in 2016 following an alleged knife attack on Israeli soldiers. Mr Al-Sharif was already injured and lay motionless and helpless at the time of the killing.

Despite significant political interference and media resistance,[2] Mr Azaria was eventually charged with manslaughter, which was controversial in itself given that the footage showed a clear case of cold-blooded murder.

Even the Prime Minister of the so-called “only democracy in the Middle East” pressured the courts and called for Mr. Azaria to be spared prison;[3] the calls to ignore the judicial system seemingly resulting in him being sentenced to just 18 months, which was then further reduced to 14 months with no clear justification. The mandatory minimum term for manslaughter in Israel is 4 years in prison, although it carries a maximum of 20 years.[4]

In stark contrast, the world would not have been surprised earlier this week to see Israeli military courts sentence teenage Palestinian hero Ahed Tamimi,[5] to a prison term following her arrest for slapping a soldier in late 2017. Ms. Tamimi was filmed confronting cowardly IDF soldiers after they allegedly shot her 15-year cousin in the face with a rubber bullet, and fired tear gas and broke windows at the family’s home.[6] She was later arrested in a night-time raid, and faced 12 charges including assault and incitement.

Following her arrest, Israeli Minister Naftali Bennett called for her to be imprisoned for life for the “assault”;[7] the same Minister being amongst the most vocal callers to pardon IDF soldier Elor Azaria,[8] calling for no jail-term for what most would naturally describe as murder.

Despite requests to have an open and fair public trial, the judge insisted on a closed-door session, resulting in Ms. Tamimi agreeing to plead guilty to 4 of the charges against her. Her lawyer explained the plea deal, saying “When they decided to keep her trial behind closed doors, we knew that we were not going to get a fair trial.”[9] She was subsequently sentenced to 8 months and a fine, along with a suspended further 8 month term.

The teenager remains a symbol of pride for Palestinians and Muslims worldwide, constantly displaying courage in the face of the oppression and occupation of the world’s last remaining European colony governed by racial apartheid.