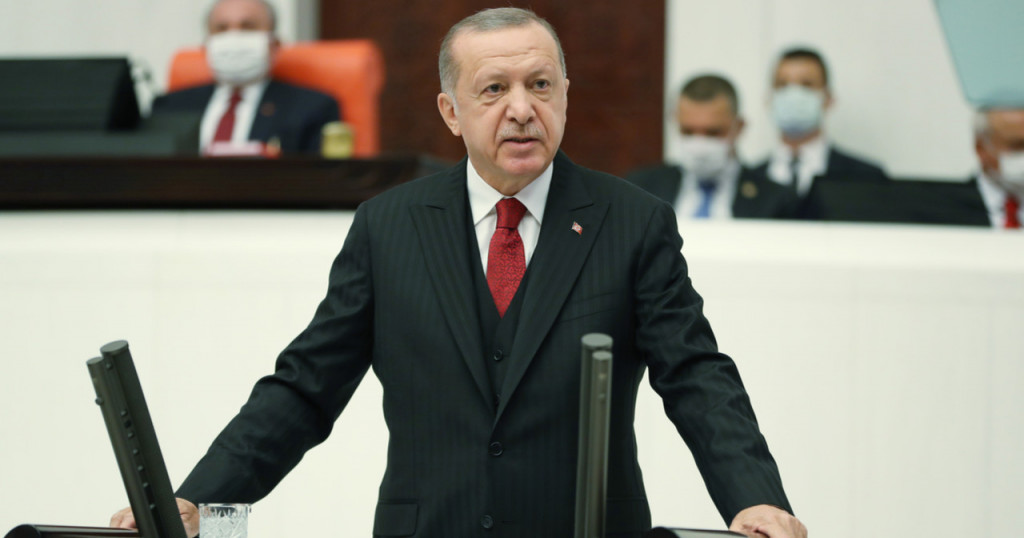 Turkish President Recep Tayyip Erdoğan has stated during a video message to the yearly Regional Finance Conference that he expects the Istanbul International Financial Centre (IIFC) to include a centre for Islamic finance after it opens in 2022. [1] [2]

During his important address, the President shared the following piece of news with speakers, international investors, regulatory officials, and attendees of major companies from the United States, United Kingdom, and European Union:

“We are seeking to become one of the important centers in the world with the Istanbul Finance Center. We want this project to become a center for Islamic finance as well.” [1]

It is unfortunate that Turkish consumers have battled soaring inflation and a weakening lira, which has lost more than 20 per cent of its value against the dollar during the last year alone. However, the President expressed his hope that Turkey can once again become a country that foreign investors trust and look up to. The credit rating agency Standard & Poor’s (S&P) recently raised its gross domestic product (GDP) growth forecast for Turkey to 8.6% in a report published on September 27. [3]

Leading as President of Turkey since 2014, Erdoğan was previously Prime Minister from the years 2003 to 2014. Prior to his tenure as President, he had a four-year stint as Mayor of Istanbul before being imprisoned on charges of “incitement to violence and religious or racial hatred”. [4] Despite his colourful political background and recent economic woes, Erdoğan has been credited with orchestrating a successful recovery following the 2001 financial crash. Erdoğan has been instrumental in securing a number of major investments towards the completion of infrastructure projects, such as the rail, road, and air industries. In recent days, the Turkish leader has led a delegation of government officials on a whistle-stop tour of the African nations of Angola, Togo, and Nigeria. The apparent purpose of these trips is to foster mutual trade cooperation agreements. [5] [6]

Erdoğan also added in his message to attendees of the Regional Finance Conference:

“There are many fields in which we can cooperate, from energy to transportation, defense industry, technology, finance, and food. We expect investors to make the most of these opportunities.

“As a government that has carried out historical reforms in every field for the last 19 years, we are determined not to let this trust in Turkey fail.” [1]

The 2.6 billion dollar IIFC project is a key aspect of Turkey’s vision to become one of the world’s ten largest economies by the year 2023. The masterplan for the project came in October 2009, when the government laid out plans for the megacity Istanbul to become a regional and global financial centre. The sprawling site – which is located between Ataşehir and Umraniye districts – has been designed by HOK, the largest architecture-engineering firm based in the US. [7] [8]

Built on a 170-acre site on the city’s Asian side, it is envisaged that the IIFC will become the home of various state and private banks, regulatory bodies, and other associated organisations and businesses. Prior to excavation work carried out by the Turkish Akdeniz Group, the British multinational Arup was tasked with providing “geotechnical, infrastructural, structural, mechanical, electrical, transportation, sustainability, ICT and security design services” during the masterplan’s preparation. [9] For its inauguration in 2023, there will be an additional 45 million square feet of office, residential, conference, retail, hotel, and green park space.