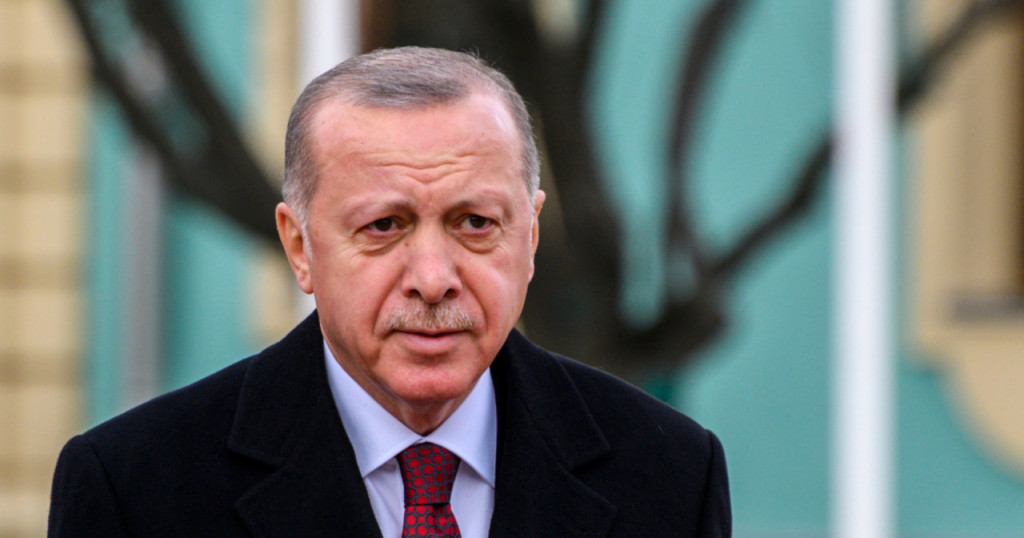 President Recep Tayyip Erdoğan of the Republic of Turkey is leading efforts to improve his country’s diplomatic relationship with the state of ‘Israel’. However, he has made this outcome contingent on the apartheid state becoming more sensitive to the needs of Palestine and the Palestinian people. By doing so, Erdoğan appears to be playing the long game by engaging in strategic diplomacy in an attempt to improve the situation of the Palestinians. [1]

Whilst in Qatar, the Turkish leader told members of the press on Tuesday evening that the improvement of relations with ‘Israel’ would be “beneficial” for the Middle East. Erdoğan articulated his reasoning with the following words:

“…at this point, Israel needs to be more sensitive concerning its Palestinian policy. It needs to be sensitive about Jerusalem and al-Aqsa Mosque. As soon as we detect the sensitivities, we will do our best and take steps (for better ties).” [1]

While the diplomatic relationship between the Zionist state of ‘Israel’ and the Republic of Turkey has been fragile and tense in the past few decades, Erdoğan’s move appears to be taking into consideration a particularly macro view of the seventy-plus years of Palestinian oppression. The tense relationship between Turkey and ‘Israel’ traces its roots to the 2010 Gaza flotilla raid, where a number of Turkish aid ships were attacked by Israeli troops, who parasailed and boarded from speedboats. The aid convoy was heading to the besieged Gaza Strip, where vital supplies were to be dispersed. Instead of permitting them entry, Israeli forces shot at, and killed nine civilians. According to a UN report, “the circumstances of the killing of at least six of the passengers were in a manner consistent with an extra-legal, arbitrary, and summary execution”. A few years later, Turkey dramatically recalled its envoy to ‘Israel’ after the apartheid state unleashed lethal strikes against Gazan civilians in 2018. [2] [3]

Nonetheless, Turkey has witnessed a slight thawing in relations following the December 2020 appointment of Ufuk Ulutaş as Turkish ambassador to ‘Israel’. In addition, it was reported in July of this year that a singular telephone call took place between Recep Tayyip Erdoğan and Israeli President Isaac Herzog in regards to improving ties. [4] [5]

Some political commentators may be of the view that Erdoğan is following the lead of the UAE, Sudan, Bahrain, Egypt, and other Gulf states by “normalising” relations with the Zionist state. However, it is worth noting that there are few other options than to engage diplomatically in order to make any headway with the nation, which was created following the Balfour Declaration of 1917. As is widely known, the decades-long persecution of the Palestinians began during Britain’s colonial rule of Palestine. It was British Prime Minister Arthur Balfour who drafted a treaty calling for the establishment of a “national home for the Jewish people”. Whilst Balfour’s letter warned that “nothing shall be done which may prejudice the civil and religious rights of existing non-Jewish communities in Palestine”, just three decades later a mass tragedy occurred. The creation of ‘Israel’ led to the immediate destruction of thousands of homes and the exodus of 700,000 Palestinians. To date, there remain over 5 million displaced Palestinians, with most living as refugees in the surrounding countries of Jordan, Lebanon, and Syria. [6]

When considering the issue of whether diplomacy is the right course of action in order to tackle Israeli attitudes towards the Palestinians, the chief example of China is worth noting. Though the Chinese state is accused of numerous human rights abuses, including that of the Uyghurs, the Tibetans, Mongolians, and other ethnic groups, the world is heavily reliant on the country for trade. In 2018, the US – China’s main superpower rival – saw Chinese imports amount to an eye watering 539.5 billion dollars, or 21.2 per cent of total US imports. During the same year, US exports of goods and services to China were valued at approximately 179.3 billion dollars. This economically inter-dependant relationship of 737 billion dollars in a single year of trade therefore allows little room for anything other than a diplomatic approach when seeking political goals. [7]

In response to President Erdoğan’s overtures, Israeli Prime Minister Naftali Bennett has hinted at taking a cautious response. Citing the diplomatic spat last month, in which a number of Israeli tourists were arrested in Istanbul for allegedly taking photographs of the presidential residence, an unnamed diplomatic source said of Bennett’s intentions:

“The prime minister has said that, especially after the Oaknins affair, we should take it slowly and we’ll see. No decision has been made but there are ongoing discussions.” [8]

The British-Jordanian political activist and academic Dr. Azzam al-Tamimi recently highlighted an interesting angle that is often overlooked in Palestine-‘Israel’ discourse. In a November piece for Arabi21, al-Tamimi assessed the role of the Arab people in the oppression of Palestine, and how change in this environment was needed in order for Britain to be able to enact the Balfour Declaration.

While discussing the British government’s recent decision to proscribe the entirety of the Palestinian resistance organisation Hamas, Dr. al-Tamimi argued in his article:

“Britain would not have declared Hamas a terrorist organisation and criminalised dealing with it or expressing support for it, had it not been for the change in the Arab environment, which has turned from a semi-incubator environment for the resistance and Hamas into an environment hostile to the resistance and hostile to the movement. The intense hostility that Arab regimes such as the UAE and Saudi Arabia have shown in recent years to Hamas, the movement’s loss of Sudan as a strategic ally after the recent coup, and the indulgence of the new Sudanese leadership in the muddle of normalization, has all encouraged the Zionist lobby to seize the opportunity and prepare for a new and fierce onslaught on the resistance, its factions and supporters.” [9]

In referring to Saudi Arabia and the UAE specifically, Dr. al-Tamimi went further to suggest that the targeting of Hamas by the aforementioned countries is “due to the fact that they are classified in the Arab revolution camp, and also because they belong to the Brotherhood school, which these regimes consider their archenemy”. [9]