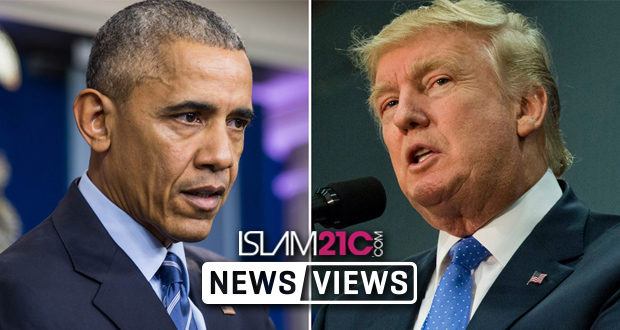 Turkish President Recep Tayyip Erdoğan rebuked Washington’s support of the Kurdistan Workers’ Party (PKK) and its offshoots during an AK Party parliament meeting.[1] This is based on recommendations from top AK Party officials who believe that the U.S. officials were in breach of their own constitution.

President Erdoğan added that the then-President Barack Obama had not been truthful on the Syrian matter, and that President Donald Trump “is the same”.

“If the United States says they are sending 5,000 trucks and 2,000 cargo planes of weapons for the fight against Daesh, we don’t believe this,” he added.

He stated that the U.S. has “plans regarding Turkey, Iran and maybe Russia”, which appeared to confirm theories by analysts that the U.S. is plotting against Turkey.[2]

Erdoğan says US has plans regarding Turkey, Iran, Russia in Syria

The United States is working against the interests of Turkey, Iran and maybe Russia in northern Syria, where it is sending in military supplies to an area controlled by Kurdish-dominated forces, President Recep Tayyip Erdoğan said on Tuesday. Erdoğan also repeated a call for U.S. troops to withdraw from the Syrian town of Manbij.https://www.yenisafak.com/en/video-gallery/world/erdogan-says-us-has-plans-regarding-turkey-iran-russia-in-syria-2172584

“There was a loss of trust with the U.S. during this period. Until trust is instilled again, it is not right for these issues to be discussed […] We need to re-establish trust first.” [3]

“Backing YPG is humiliating for the U.S.”

“It is really very humiliating for America to hold business with terror organisations.” [3]

The Prime Minister expressed sadness that a NATO ally – U.S. – which Turkey has closely worked with for many years is working with “terrorist organisations” against the interest of Turkey.

Relationship between the different PKK offshoots:

According to top officials from the ruling Justice and Development (AK) Party, the United States government and its officials are in breach of the U.S. constitution and, as such, have committed crimes according to their own constitution opening them up to being potential subjects of a lawsuit.

The AK Party deputies cited a report by the Whitehouse’s Anti-Terror Intelligence Unit, published during President Obama’s term. The report is said to draw attention to the relationship between the PYD and the PKK, and that this may be the subject of litigation, as PKK is listed as a terrorist organisation in the U.S.

U.S. official confirms ties between the YPG and PYD:

Turkey has long warned the U.S. against supporting terrorist organisations. However, the U.S. considers YPG a “reliable ally” in the fight against Daesh, despite evidence of links between the PKK and YPG.

Professor Dr. Adem Sözüer, Head of Department of Justice, Criminal and Criminal Procedure at Istanbul University’s Law Faculty, had the following statement to give:

“The United States has engaged in direct terrorist support activities such as arming and training. This is contrary to the United Nations Security Council’s 1371 (2001) and last year’s unanimous 2370 (2017) resolution. The U.S. may be held responsible due to its torts liability. At this point the issue of application to the International Court of Justice may come into question. Sanctions and other such decisions cannot be taken against the United States and other countries with the right to veto at the UN Security Council. Turkey or any other country has the right to try another nation. For example, because of war crimes committed in the invasion of Iraq, the U.S. authorities of the period can be tried by the courts of other countries. Turkey may try U.S. officials for the weapons provided to the PKK/PYD.”[4]