Erdogan: “We will not allow the Adhan to be stopped in Al-Aqsa!” 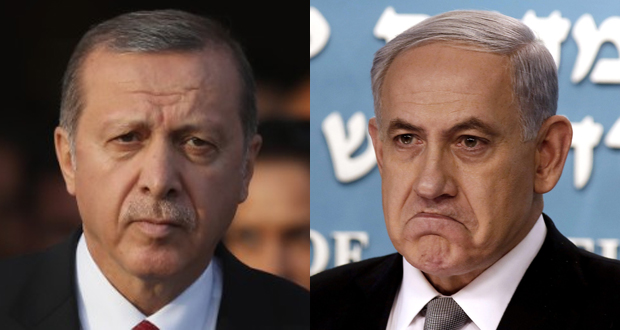 Amidst silence on the part of most Muslim states, President Erdogan has blasted the Zionist entity for its systematic desecration of Masjid al-Aqsa and its attempt to ‘Judaise’ one of Islam’s three major sites. Israeli Haaretz reported Monday’s clash as “the most serious incident since the two countries signed a rapprochement agreement in 2016.”[1]

The Turkish President, authorised by the Turkish people on 16th of April to grant him greater presidential powers, lashed out at Israel’s illegal attempts at Al-Aqsa. Erdogan, speaking in the opening ceremony in Istanbul for the International Forum on Al-Quds Waqfs called on Turks to visit Al-Aqsa and to stand behind the Palestinian struggle, adding that Turkey backs the Palestinian resistance to Israeli occupation.

“What’s the difference between the present acts of the Israeli administration and the racist and discriminatory politics that were practiced against black people in the past in America and up until a short time ago in South Africa?…(Al-Quds) is the heart and summary of all human history…both in terms of our religion and historical responsibility, Al-Quds and the fight of our Palestinian brothers for rights and justice is of great importance to us. We will keep making efforts for Quds to turn into a city of peace.”

About Israel’s moves in its Knesset to ban the Muslim call to prayer (Adhān), sounding from in and around the sanctuary for more than 1,400 years, the President asked “If you have faith in your religion, why are you afraid of the Adhān?” before turning his address to the Zionist authorities and promising the Muslim world:

“We will not allow the Adhān to be stopped in Al-Quds!”[2]

The Zionist state, founded on displaced and annihilated Palestinian towns in 1948 has its expansionist ambitions set on the Al-Aqsa Sanctuary. What remains of East Jerusalem, including Al-Aqsa Masjid is Internationally recognised as Palestinian land, within borders drawn by the UN in 1967. Israel’s attempts at banning the Adhān, its regular facilitation of extremist groups to infiltrate the sanctuary, excavation networks among methodical Judaisation of the city are considered precursors to total occupation of Al-Aqsa. Social media accounts have welcomed Erdogan’s headship at defending Al-Aqsa and have called on major Islamic powers to adopt a more vocal and unified approach towards this end.