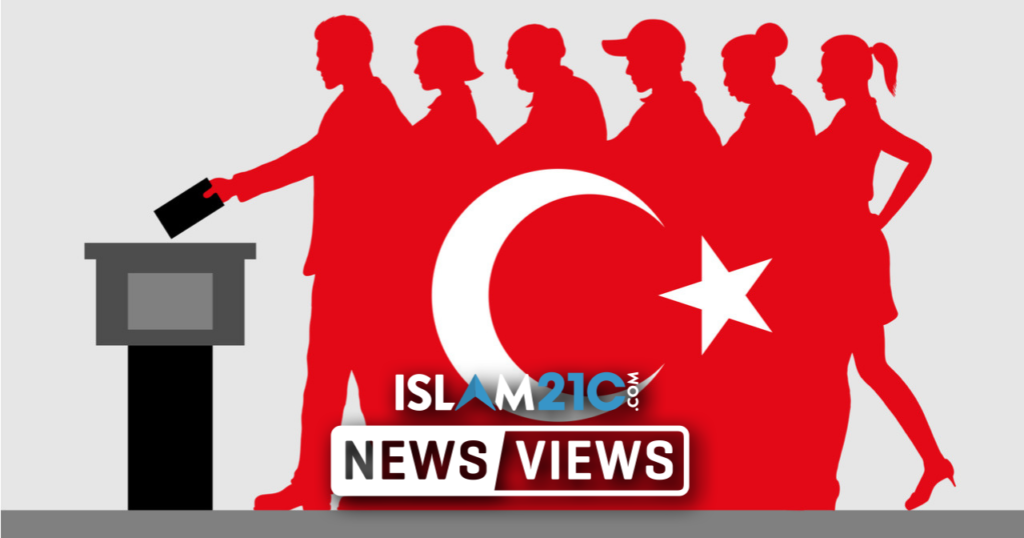 Supreme Electoral Council orders revote over irregularities in votes that saw the opposition CHP elected for the first time in 25 years.

Turkish president Recep Tayyip Erdoğan has welcomed an order by the Supreme Electoral Council (YSK) to rerun the recent local elections held in Istanbul after complaints of corruption and irregularities. They (YSK) voted seven in favour and four against the motion. [1]

The electoral council announced their decision on Monday and said that some ballot box committees were formed illegally by Istanbul’s district election board members, who would face criminal charges. [2]

He also added, when speaking to members of his Justice and Development Party (AKP) in parliament:

“We see this decision as the best step that will strengthen our will to solve problems within the framework of democracy and law.”  [4]

The YSK also voted to cancel the mandate of the newly elected Istanbul mayor Ekrem Imamoğlu, who belongs to the main opposition Republican People’s Party (CHP). Imamoğlu was declared mayor of Turkey’s largest city last month after having supposedly won the election by an extremely small margin – relative to the total vote count.

At the end of the polls last month the difference between CHP’s Candidate — Imamoğlu — and AKP’s Candidate — Binali Yildirim, the former prime minister — were approximately 28,000. After a ruling to recount a portion of the nearly 300,000 invalid votes, the margin was drastically reduced to approximately 14,000.

This proved suspicions that there were irregularities in the way in which the counting process had been handled.

At that time, Yildirim said:

“The obvious question is: why is there an international uproar over the mayoral election rerun? One may be forgiven for seeing this as a genuine fear that Europe harbours over the Turkish democratic process. Perhaps, we should ask the Venezuelans to give their verdict on whether this is actually the case or the Egyptians whose despot was lauded as “doing a great job” by Trump, just last month as he visited Washington.

I wonder what European governments would have said if systematic tampering and electoral fraud was found in the Brexit vote. Almost half of the UK is calling for a ‘second referendum’ with the blessing of Europe, without evidence of tampering in the first. What would European governments have said if ballot boxes in other provinces, won marginally by the AK Party, were found to have been thrown in dust bins?

When the same high election board ratified a win for the CHP’s Ekrem Imamoğlu, we were told that “democracy won in Turkey”. However, when the same election board noticed clear ballot rigging in Istanbul, the same voices called it a “blow to democracy”. An AK Party sweeping victory is called absolutism and their loss is called “representation”.

Critics should at least make their critique less obviously bigoted. Come clean as to whether you are questioning the integrity of Turkey’s high election board (and maybe, by extension, the outcome of the Ankara vote in favour of the CHP), or whether rigging is acceptable if appropriately directed.”

The AKP has argued that alleged voting irregularities and corruption made the results invalid, and they presented evidence of such irregularities to the council. The CHP and other opposition parties criticised the announcement, arguing that the AKP’s claims were baseless.

The CHP, in particular, condemned the decision as “neither democratic nor legitimate” [4] but said they would not boycott the rerun with Imamoğlu as their candidate. Following the YSK’s announcement, there were small protests in some of Istanbul’s districts.

“It is a decision that breaks the trust of the Turkish citizens and international community in elections in Turkey,” one CHP parliamentarian said, adding that “this wrong decision made by top legal personalities of Turkey shows the shadow of the governing party’s politics on the judiciary and elections.” [4]

Erdoğan has shut down those criticising the electoral board’s decision to rerun the vote, which is scheduled to take place again on June 23rd, saying they should know their place and that factual evidence has been provided to prove that last month’s vote was not transparent. An AKP MP from Istanbul added:

“We presented a concrete file of these irregularities to the election board. A decision in the opposite direction would give a questionable five-year-term to the CHP’s candidate.” [2]

Erdogan also confirmed that Yildirim will run again as the AKP’s candidate in June.