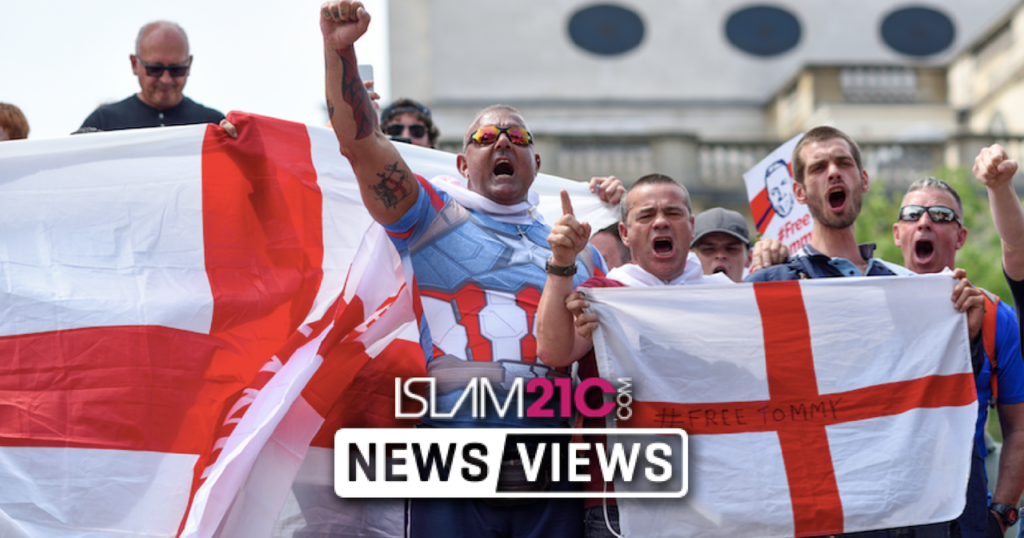 Former Counter-terrorism Chief, Sir Mark Rowley, has warned of the significant and rising threat from the far-right in the UK, responsible for at least four terror plots last year. Sir Mark Rowley warned that the UK had not “woken up” to the threat from extreme right-wing groups and urged politicians and the media not to underestimate the threat.[1]

Rowley described how one such group known as the National Action has a “strategy for a terrorist group” including how to sow tension in the community and evade police surveillance. National Action has since been proscribed, however, its core membership may have moved on to other groups or morphed into a new one.

“For the first time since the second world war we have a domestic terrorist group, it’s rightwing, it’s neo-Nazi, it’s proudly white supremacist, portraying a violent and wicked ideology.”

In a warning to politicians including, perhaps, Boris Johnson and Bob Blackman MP, Rowley said:

“If we sleepwalk into it, then I think there is a real danger we give them more scope to get stronger. They’re repackaging their aggressive intolerance and sometimes thinly disguised advocation of violence, they’re repackaging that and attaching it to mainstream political debate.”

Only a few months ago Blackman shared a story which had the headline: “Muslim Somali sex gang say raping white British children ‘part of their culture’.” The story was on a website called Hardcore News USA, which often features Islamophobic “stories”.[2]

However, despite widespread calls for an enquiry into Islamophobia within the Conservative Party, it has so far declined to acknowledge the problem, let alone consider ways to investigate and thereby resolve it. What this says to far right groups is that it is open season on Muslims.

Or take UKIP leader, Gerrard Batten, who at a Free Tommy Robinson rally gratuitously insulted the Prophet Muhammad (sallAllāhu ‘alayhi wasallam), the seal of Prophets, the most revered, documented and followed human being to have ever walked the earth. Batten had previously called Islam, a way of life which is 1400 years old, has 1.8 billion followers, upwards of 5 million who are British citizens, a “death cult”.[3] At the rally one attendee shouted:

Media outlets which spew reckless and inaccurate anti-Muslim propaganda should also take note. Articles such as “The Muslim Problem” written by columnist Trevor Kavanagh which employed Nazi language was not even censured by IPSO – the press watchdog.[5] Or The Sun’s wildly inaccurate: “One in five Brit Muslims’ sympathy for jihadis.”[6]

The Sun to be investigated over “Nazi propaganda” against Muslims

It isn’t just tabloids propagating anti-Muslim hate anymore. The Times (no less) had to issue a correction on a front-page story on fostering in Tower Hamlets headlined: “Christian child forced into Muslim foster care.” The coverage was described as: “disgracefully dishonest” by Sir Martin Narey, head of the government enquiry into foster care provision.[7]

It is hoped that politicians and the media will take heed of the former Counter Terrorism chief’s siren call because as Sir Mark says,

“It’s very significant and growing, and what I’ve seen over the last couple of years is a lack of recognition of that.” [8]

The consequences of ignoring, or indeed fanning its flames would be felt by many, if not all minority communities, but most acutely affected would be the British Muslim.