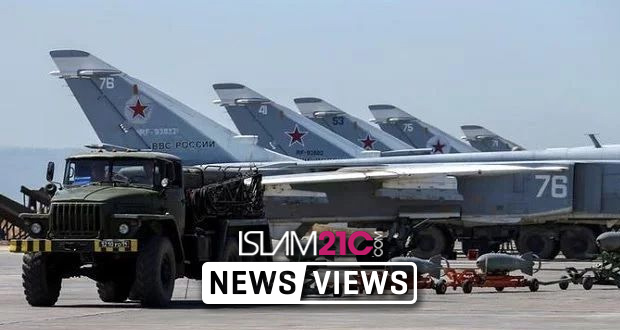 On Thursday, Russian authorities announced that two of its soldiers were killed in a mortar attack on the Hmeimim airbase in the Syrian province of Latakia.

The Russian Defense Ministry said in a statement that it could not identify who launched the mortars at the base on the 31st of December.

Russian media reported that the attacks caused serious damage to seven Russian fighter jets parked at the base. The official statement added that Syrian intelligence agencies are working to detect the group responsible whilst the administration of Hmeimim military base stressed their tightening of security procedures.

The Russian Defense Ministry, however, refuted reports by Russian media that the mortar attacks resulted in the large scale destruction of military equipment used to bomb Syrian neighbourhoods.

In its morning edition, Russian outlet ‘Kommersant’ quoted Russian political and military sources saying that the Hmeimim base was attacked by mortars, wounding more than 10 soldiers and seriously damaging seven warplanes. The damage to Russian fighter jets at the airbase is thought to be the largest since the Russian intervention in Syria began in 2015, according to the source.

Kommersant said the attack severely damaged four Su-24 bombers, two Su-35S fighter jets and one An-72 military cargo aircraft. The newspaper also noted that the attack resulted in the complete destructon of a warehouse packed with ammunition.[1]

On Wednesday, the Russian Defense Ministry announced that two pilots had been killed in Syria as a result of a ‘technical fault’ on December 31.[2]

Russian intervention in Syria has killed an enormous number of civilians and resulted in wide-scale destruction of civilian infrastructure. It is though that in one year alone, Russian jets operating mainly from Hmeimim airbase killed nearly 10,000 civilians. The scale of Russia’s intervention and ISIS have both acted as convenient smokescreens for the abominable targeting of civilians by US aircrafts, thought to have killed in some months more civilians than both Russia and ISIS combined.[3]  [4]